Liverpool: Shoppers arrive at Primark after easing of restrictions

In what has been dubbed “Opening Day”, non-essential shops in England have welcomed customers again after months of closure due to the pandemic. Primark is proving to be the most popular as shoppers queued as early as 6.30am today to grab some bargains. One branch was forced to open early as so many people were waiting outside, reports Liverpool Echo, and photos on Nottinghamshire Live, Cornwall Live and other titles, document the extent of the queues.

Primark in Liverpool was due to open at 7am but instead let customers in at around 6.45am, as it was so busy outside. The queue was several streets long and the shop had to use doorman to ensure the opening remained calm.

Despite freezing temperatures in Nottingham, hardy shoppers queued for some time to browse its Primark.

Millie Hallam, 30, wanted socks and pyjamas for her family, who live in the Sherwood area of the city.

The nurse said: “My family needs socks, they all need socks – we need socks and pyjamas.

“(We want) a bargain but Primark is where we always get our socks and pyjamas.

“I knew it opened at 7am, I thought I would be one of the first just because it’s cold.

“Everybody’s mental health has been suffering. Everybody has needed something small, something normal like Primark to open and other things to open – just to get back to a way of normality.

“A way of life how it should be. People have lost people, people have been ill. I have seen it first hand, it’s not nice.” 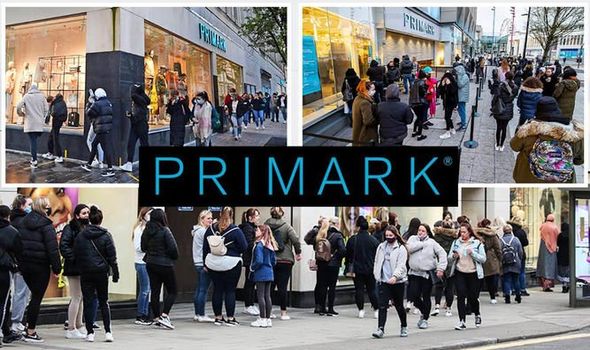 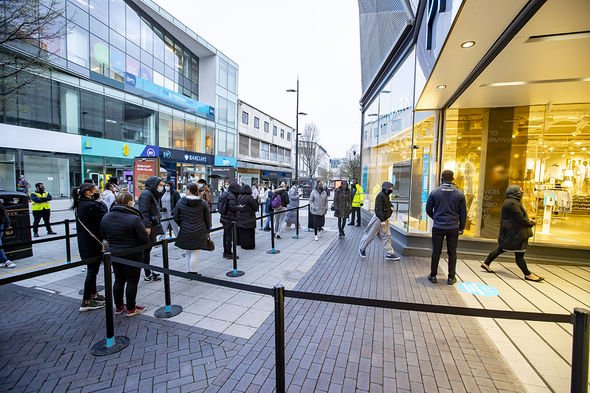 Kelly Jones, 44, queued in Nottingham with her family.

The mum, who travelled nearly seven miles from her home in Hucknall, Nottinghamshire, also wanted to buy clothes.

She said: “I am going just here – just Primark and then home.

“One of them needs clothes – socks, pants and whatever else we can grab while we are here.

“Normally I come at least probably once or twice a month. We came last time when it reopened.

“It’s the first step to normality, isn’t it.” 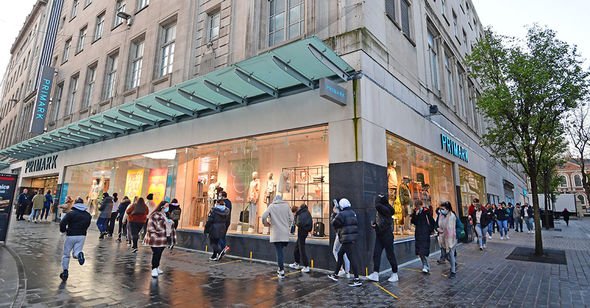 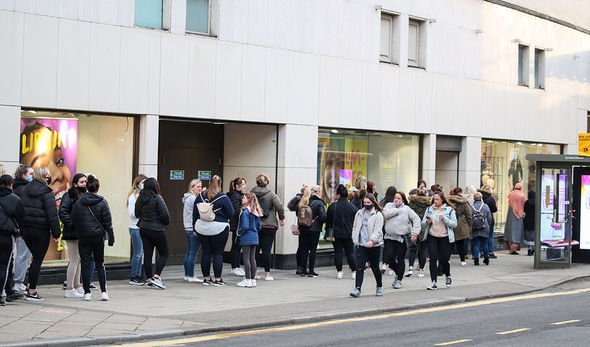 My family needs socks, they all need socks – we need socks and pyjamas

More than 100 people waited for the Primark in Birmingham – the largest in Europe – to reopen.

Despite freezing temperatures there, shoppers were keen to bag some bargains.

There was a queue of around 30 people by 6.45am for the Truro branch to reopen. Those who gathered in the Cornwall town were just happy to be out the home.

One shopper called Rosemary said: “I’m out here today for Primark and M&S, though M&S has been open for a while.

“I was hoping to beat the crowds but it doesn’t seem like that’s gonna work.”

Covid marshalls were in force in the town to ensure social distancing guidelines remained. 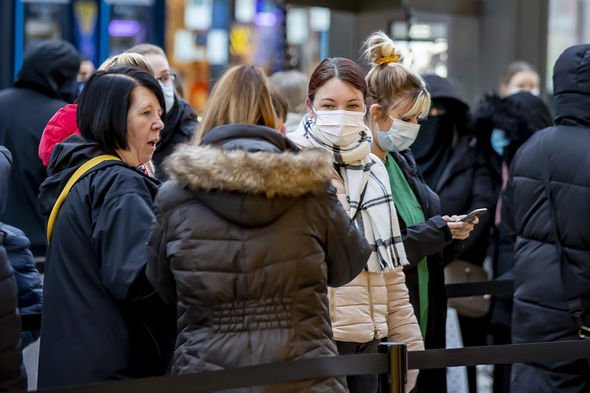 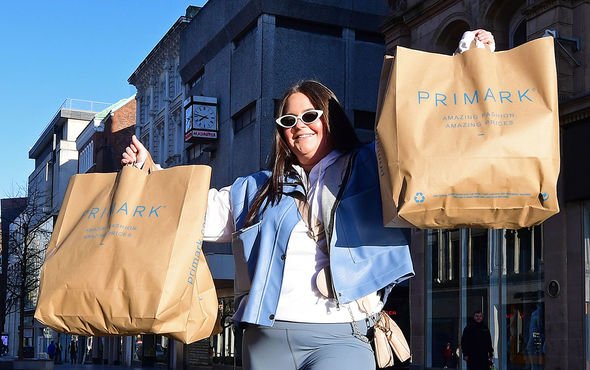 Pubs with outdoor spaces, hairdressers and gyms have also reopened today in England.

Gyms in Scotland are due to re-open on 26 April, in Wales it’s 3 May and it’s not been announced when they’ll be back in Northern Ireland.

Requirements for social contact in indoor settings will continue though.