Sam McAlister was responsible for setting up some of the most explosive interviews at the BBC – including the Duke of York’s in November 2019. On Tuesday, the author of the memoir Scoops appeared on This Morning to discuss the unforgettable appearance of Andrew on the flagship programme, which saw him speak about his friendship with convicted paedophile and sex trafficker Jeffrey Epstein.

Ms McAlister was asked by ITV presenter Holly Willoughby whether she thought the duke, 62, regretted agreeing to the interview.

She replied: “I think he was a bomb waiting to go off. He wanted to say something, he wanted to vindicate himself.

“Now I know that seems ludicrous now, but nobody thinks they’re going to do a bad interview. 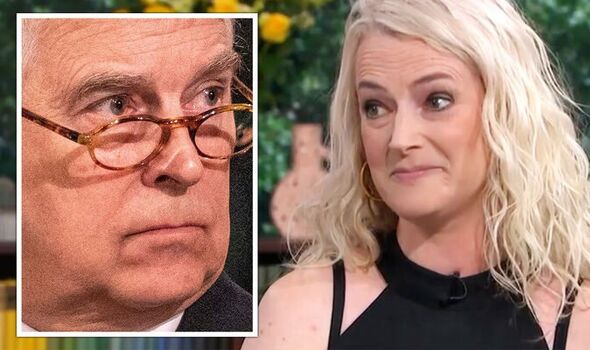 The Duke of York was stripped of his military titles in January in the face of the legal battle over accusations by Virginia Giuffre, 38.

Ms Giuffre said she was coerced into sexual encounters with Andrew in 2001 by Epstein and his longtime girlfriend Ghislaine Maxwell in three different instances.

Andrew, who has always denied the allegations against him, in March agreed to pay a multimillion-pound sum with no admission of liability to bring the civil sexual assault case brought by his accuser to a close. 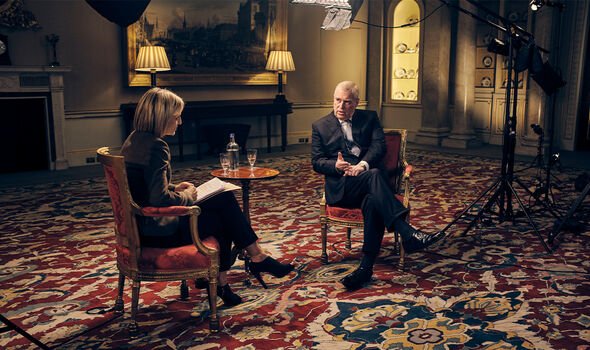 As part of the settlement, which is not an admission of guilt, the duke vowed to “demonstrate his regret for his association” with Epstein by supporting the “fight against the evils of sex trafficking, and by supporting its victims”.

But this did not save the prince’s reputation, which virtually died as the Newsnight interview was broadcast.

Ms McAlister said she still “can’t believe” some of what the royal said “on camera”.

She couldn’t believe, either, that the interview was eventually “gonna happen”.

“I never for a second believed that this negotiation would be successful.”

The producer went on to explain that Princess Beatrice, whom Andrew invited to the final negotiations, made “the difference between yes and no”.

The duke’s eldest daughter was a “real curveball” for the production team, Ms McAlister said.

Ms McAlister explained: “I turned up to the negotiation a little bit brassy and Prince Andrew said, ‘Oh, by the way, I have brought someone with me.’

“I thought it had to be a lawyer and then round the corner, Princess Beatrice appeared.”

When asked how she dealt with the princess being there, the producer answered: “I asked her tentative questions as she was just looking out for her dad.”