Royals: Queen stood by Prince Andrew until the end

Prince Andrew’s reported hopes of a royal comeback have been ended by the King, a royal biographer has claimed.

Finding Freedom co-author Omid Scobie said that while Charles has “sympathy” for the Duke of York he will “never” allow him to return to frontline duties.

Writing in his column for Yahoo! News, Mr Scobie said: “Without the soft spot of the Queen at his disposal – it was no secret that Andrew was her favourite child, the door is now shut tighter than ever for the prince.

“Though King Charles III has sympathy for his brother, I’m told, the newly-minted sovereign will ‘never’ allow him to set foot near the family business again.”

Mr Scobie’s comments come after previous reports that Andrew held “intense talks” with the late Queen at Balmoral in August over a new position.

A source told the Sun: “He knows he let his mother down badly but he hasn’t been convicted of a crime. He wants to try to establish a route back.

“He’s hoping the Queen can influence Prince Charles and Prince William, who see no way back for him.

“He wanted a few days alone with his mother to talk about his future.”

Andrew stepped back from public duties in 2019 following his disastrous Newsnight interview over his friendship with billionaire paedophile Jeffrey Epstein. 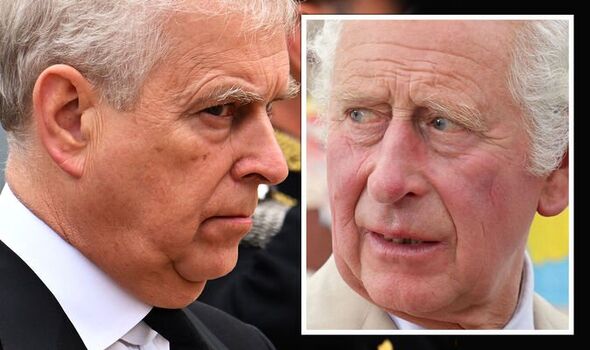