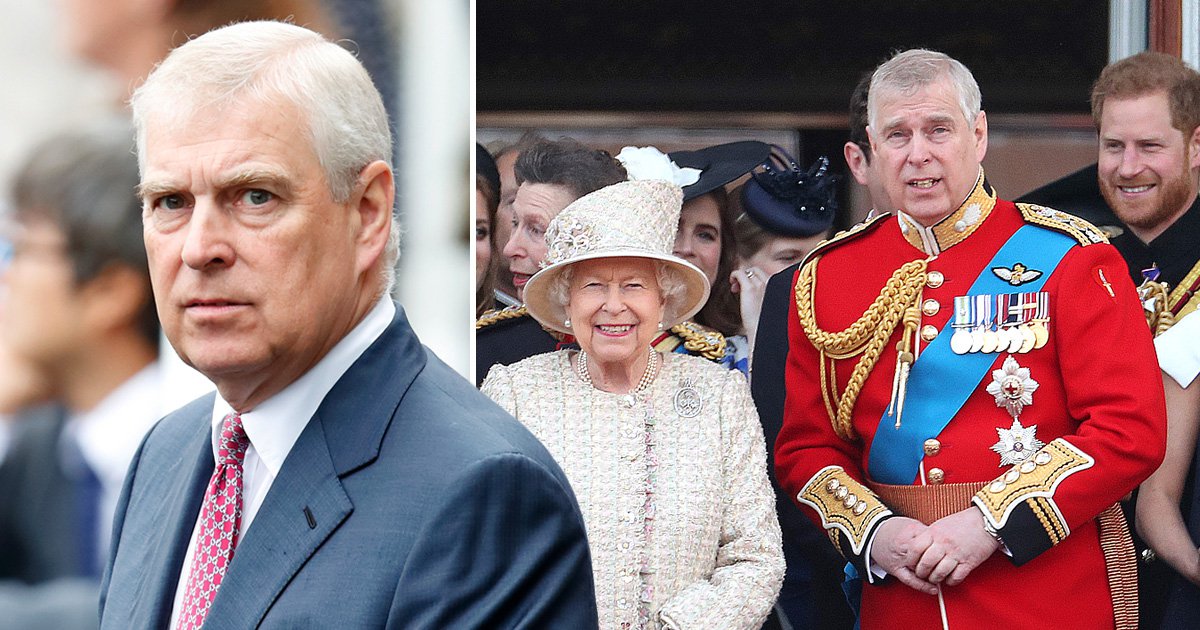 Prince Andrew could reportedly be stripped of his official title if he loses a lawsuit accusing him of sexual abuse.

The Queen’s third child is fighting a legal case in New York launched by Virgina Giuffre, a victim of Jeffrey Epstein.

The jury’s verdict has put Prince Andrew – who strenuously denies all allegations made against him – back in the spotlight.

A judge in the US has dismissed an attempt by his legal team to stop the case in its tracks over questions surrounding where Ms Giuffre lives, an indication it may well progress to a full trial.

Now royal sources have told The Sunday Times that Andrew could be stripped of his Duke of York title if he is forced to pay damages to his accuser.

One insider said: ‘If he loses the case, the question is what do you do with him? You can’t make him resign like you would a normal person but he would be asked to put his dukedom into abeyance.’

They added the Queen would be reluctant to take away the title as it was held by her father but the source alleged he had ‘disgraced’ the title.

Army sources have told the Daily Mirror that there would be huge pressure on Andrew to give up his ceremonial military roles if he loses the case.

One ‘former defence chief’ said: ‘If the case succeeds he must go and that is the correct decision.’

Another source said: ‘Even if Andrew is completely exonerated from any wrongdoing he is now regarded as toxic. It is expected he will do the decent thing and resign.’

Maxwell, 60, was convicted in the US on Wednesday of helping to entice vulnerable teenagers to the properties of Epstein, her former boyfriend, for him to sexually abuse between 1994 and 2004.

She was labelled ‘dangerous’ by the prosecution and faces the rest of her life in jail.

Andrew was friends with both Maxwell and Epstein for several years, staying at their home and inviting them to stay on royal property.

His lawyers have asserted the case should not be allowed to progress because she is actually domiciled in Australia, not the US.

But Judge Lewis Kaplan, in a ruling in New York dated December 31, blocked the move, stating that Ms Giuffre’s legal team has previously received ‘at least one comprehensive request for documents relating to her domicile, to which responses are due, and have been promised, by January 14’.

The judge added that his ruling was being made ‘without determining the merit, or lack of merit’ of an assertion by Ms Giuffre’s team that Andrew’s lawyers’ motion was ‘a transparent attempt to delay discovery into his own documents and testimony’.