He even had a modem number for the Duke of York in his infamous address book, it was alleged. The two men met at least 10 times over the course of 12 years, with Andrew “often staying for days” at Epstein’s mansions and private Caribbean island, according to the Channel 4 programme. The show features claims from Virginia Roberts Giuffre, who alleges the Prince had sex with her when she was 17. Andrew has vehemently denied this.

Epstein was found hanged in his jail cell in August, aged 66.

He discovered the wealthy financier’s address book, described as “a vital source of evidence”, during a search of his Palm Beach estate.

Mr Fisten said: “The book was a treasure trove of Jeffrey’s activities. It showed us the scope of his travels, girls and contacts.

“For instance, if looking at the section in London, you could pick out the Duke of York.

“He had 13 numbers to contact the Duke and these numbers went everywhere: [royal residences] Wood Farm and Sunninghill numbers, the Palace, his home number, his home e-mail. He even had a phone number for his modem.”

Of his decade-long probe into Epstein and his rich and powerful friends, Fisten declares: “When people tell me, ‘I didn’t know what Jeffrey was about’ I don’t want to say BS. I’ll just say hogwash. 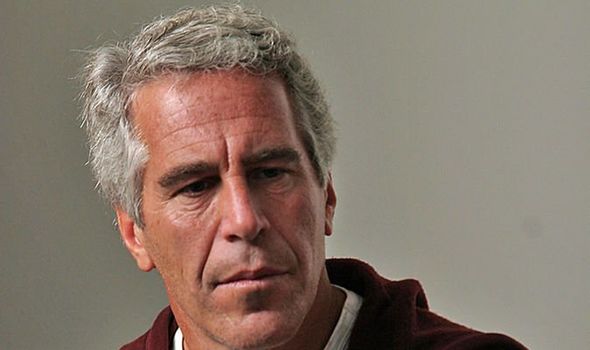 The Channel 4 team says it has fresh evidence to support some of Giuffre’s assertions surrounding the convicted sex trafficker, based on her medical files. The show also hears from Dai Davis, who was Operational Unit Commander in charge of Royal Protection in the 1990s.

He said: “If we’re alleging this woman is a fantasist then fine, but let’s put it to bed once and for all.

“You don’t take on the Royal Family lightly. But irrespective of who you are, what you are, you should answer to the law.”

After Epstein’s death, Andrew said: “At no stage during the limited time I spent with him did I see, witness or suspect any behaviour of the sort that subsequently led to his arrest and conviction.”

Buckingham Palace has said: “Any suggestion of impropriety is categorically untrue.”