A close friend of Ghislaine Maxwell has claimed Prince Andrew was too ‘spoiled and entitled’ to know what convicted paedophile Jeffrey Epstein was doing.

Appearing on Good Morning Britain today, Laura Goldman was asked how much the Duke of York knew about Epstein that the public might not know. She replied: ‘Prince Andrew doesn’t know a lot. Partially because he’s not that intelligent, and he is spoiled and entitled so he didn’t really ask questions about what was happening.’

Ms Goldman also claimed that the Maxwell, 58, was a victim of Epstein, telling hosts Piers Morgan and Susanna Reid that he was a ‘very threatening guy’. The socialite was arrested on Thursday and is now facing charges over the sexual abuse and exploitation of multiple underage girls. Several women abused by Epstein say she was responsible for ‘recruiting’ girls for him, something she has repeatedly denied.

Her friend told GMB: ‘[Epstein] would not let her leave. There were things he had on her that if she tried to leave, he would have destroyed her life.’

She went on say Maxwell had ‘limited her contact [with Epstein] substantially’ after he was convicted of soliciting an underage girl for prostitution in 2008. However, she admitted her friend was ‘not strong enough’ to cut off contact with the disgraced financier completely.

She said: ‘To say that Jeffrey did not have a hold on Ghislaine is wrong, and I understand many people tell me how confident she appeared, but she wasn’t. She had very little self confidence in reality. Jeffrey could reduce her to tears in a minute.’

Ms Goldman was then asked why Maxwell did not come forward to the FBI after Epstein’s death in 2019. She stated that the heiress, who is the daughter of newspaper tycoon Robert Maxwell, was advised not to by her lawyers.

She added: ‘They felt, because of the circus atmosphere of the case and the feeding frenzy, they felt she couldn’t go into the FBI and have a somewhat civil conversation.’ 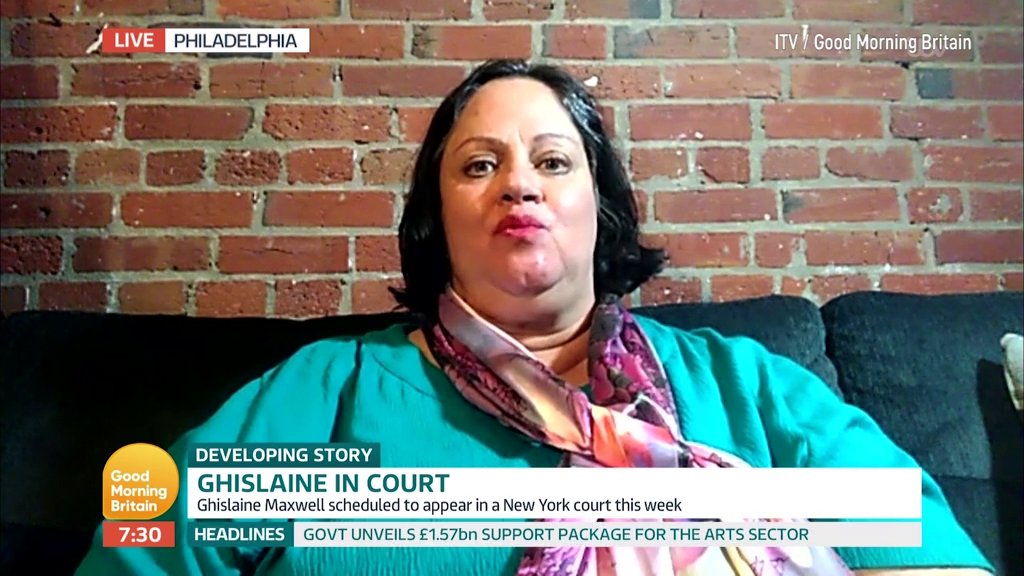 Ms Goldman also noted that she could tell Maxwell was ‘in trouble’ because she was eating, despite being ‘famous for not eating’. She said the socialite felt a ‘burden to protect’ people named in Epstein’s files and was ‘very concerned about the confidentially of what she perceives to be innocent people’.

She added: ‘In 2008, it was a lifetime ago in terms of women’s movement. Many people flocked to Jeffrey’s house after that 2008 conviction. So to attack those who did that… you’d have to attack them all, not just individuals.’

Epstein abuse victim Virginia Giuffre claimed last year that Maxwell had been the one who made her have sex with Prince Andrew at the age of 17. She told Newsnight the socialite had first offered her a job as a masseuse for Epstein, before alleging that the couple abused her from their first encounter.

Ms Giuffre claims she and the Duke of York danced together at Tramp nightclub, in London, before having sex in March 2001. She said Maxwell told her she had to ‘do for Andrew what I do for Jeffrey’. The Prince has strongly denied the claims.