The Duke of York, 62, will accompany his siblings in Edinburgh as he prepares to play a central role in national mourning. Prince Andrew will appear alongside King Charles III, Princess Anne and Prince Edward at key moments in the coming days.

The Duke had travelled alongside Prince William of Wales, the Princess Royal and Earl of Wessex when they touched down in Aberdeen on Thursday afternoon.

According to the Telegraph, Prince Harry and his wife Meghan Markle will also appear at relevant events involving leading members of the Royal Family.

A palace source claimed it would be “out of the question” for any of them to be excluded from the upcoming events.

They told the Telegraph: “These plans will be signed off by the King in accordance with his mother’s wishes.” 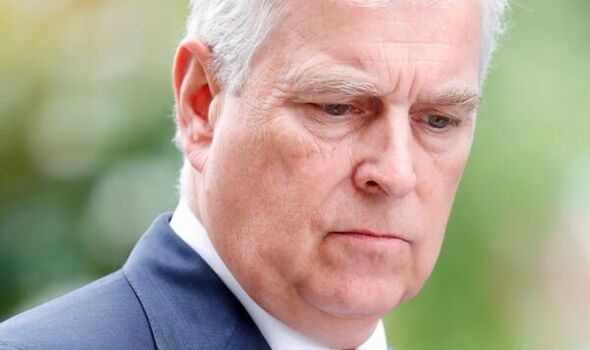 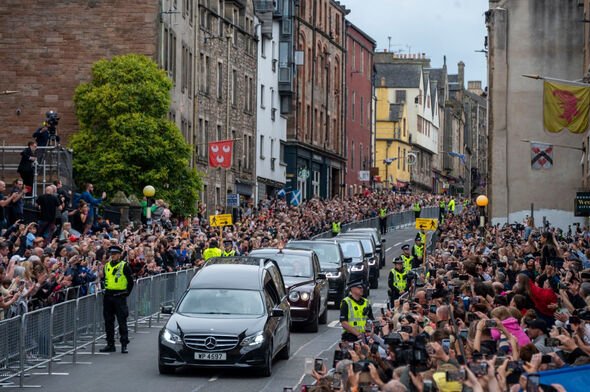 Prince Andrew, who was stripped of his military titles and royal patronages before he settled his civil sexual assault case with Virginia Giuffre for an undisclosed sum, also paid his respect to his late mother at Balmoral.

The Duke consoled his daughter Princess Eugenie, 32, as the pair viewed flowers laid at the gates of the Aberdeenshire castle with other members of the Royal Family.

Andrew had been frozen out of public events following the Giuffre settlement, including during the Platinum Jubilee when he was only due to attend the service of thanksgiving at St Paul’s Cathedral before he contracted COVID-19 and was not seen at all.

His appearance alongside his three siblings later today will come at 2.35pm when the late Queen’s coffin will be driven 1,200 yards along Edinburgh’s Royal Mile. 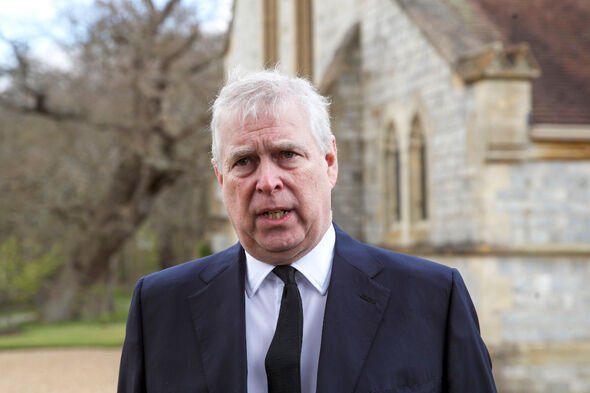 Prince Andrew and his ex-wife Sarah Ferguson will also look after the Queen’s beloved corgis after the Duke of York gifted his mother two four-legged companions during lockdown last year.

The Duke of York will walk shoulder-to-shoulder with the King, Princess Royal and Earl of Wessex from the Palace of Holyroodhouse to St Giles’ Cathedral.

However, the Queen Consort and the Countess of Wessex are expected to travel by car. 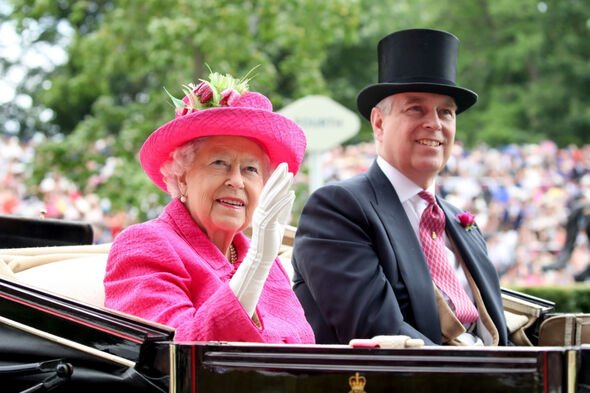 At 2.55pm the coffin, with the Crown of Scotland on top, will be carried into the cathedral ahead of a service of thanksgiving.

The coffin will then rest for 24 hours in order for the people of Scotland to pay their last respects to Britain’s longest-reigning monarch.

Thousands of people are expected to visit the coffin before it is transported by hearse to Edinburgh Airport at 5pm on Tuesday.