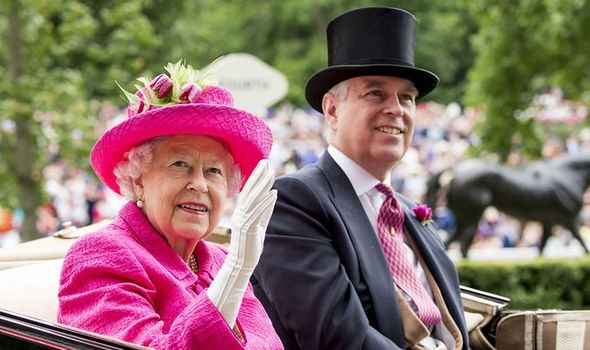 As a Falklands veteran, the Duke of York can wear the gong on his chest ‑ although he may not get the opportunity any time soon. The Queen will give the same medal to immediate and some other relatives as a souvenir of her 70 years on the throne.

She buys the family ones herself and in Andrew’s case it is “purely commemorative”, a royal source said.

Around 400,000 will also go to 999 crews, prison staff and some Armed Forces members ‑ all for public service.

Royal Household staff with a year under their belt and living recipients of the George and Victoria Crosses will get one too.

It has been suggested medals from past Jubilees worn by senior members of The Firm at Prince Philip’s funeral last year were for their service to the nation.

But others, such as Peter Phillips, Zara and Mike Tindall, Beatrice and Eugenie and their husbands ‑ who carry out no official duties ‑ have also been given medals and should receive one this time.

The Queen gave Edward VIII’s widow Wallis Simpson a Silver Jubilee medal in 1977, despite the couple being forced into exile after the 1936 abdication crisis.

Mr Vickers said: “I asked and was told, ‘She was entitled to it so she was sent one’.”