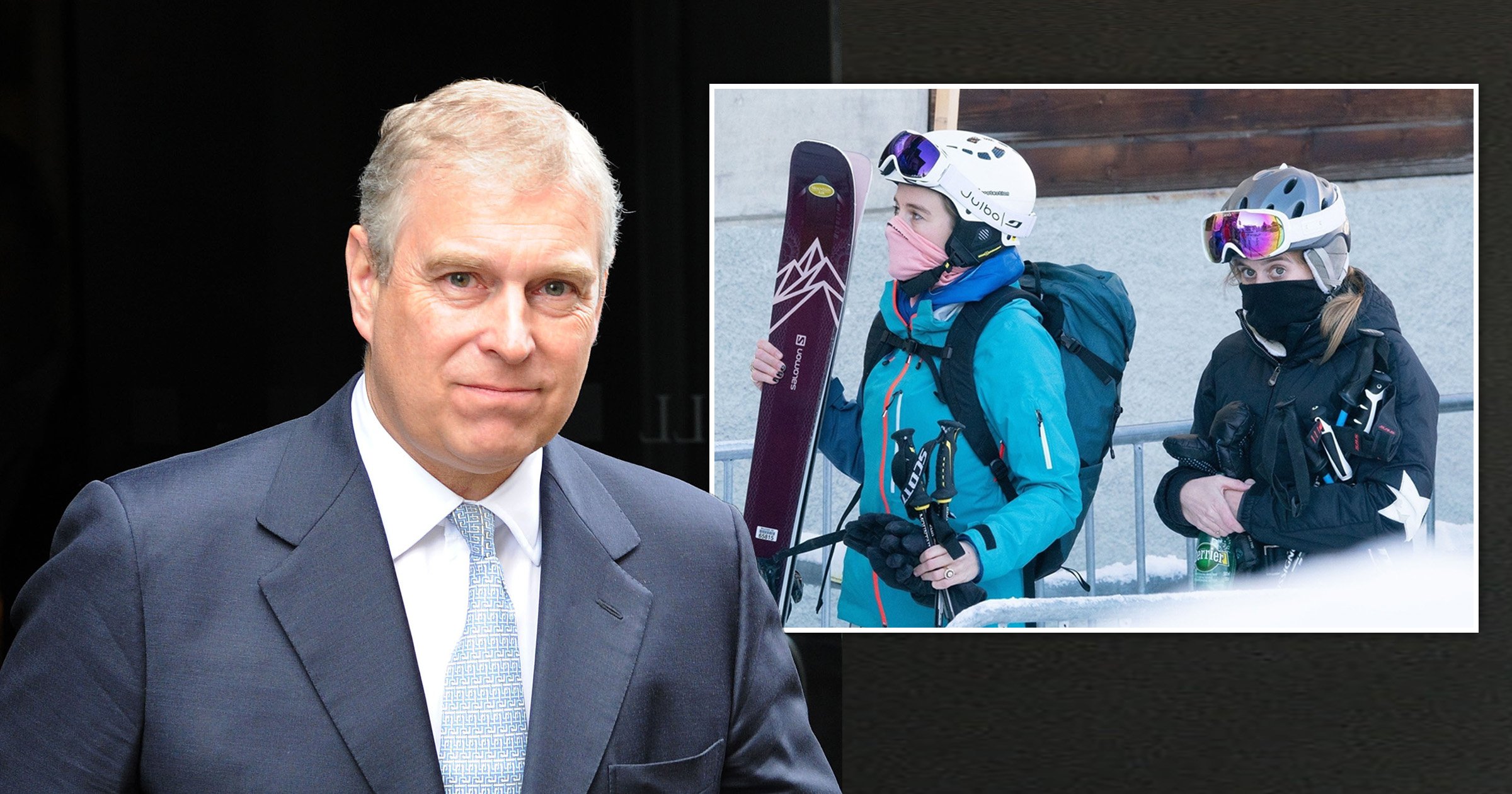 Prince Andrew consoled his ‘very upset’ daughters with daily Skype calls after he decided not to join them on a ski trip, according to reports.

The Duke of York stayed home while Beatrice and Eugenie went to Switzerland as he was advised it would be ‘inappropriate’ to go on holiday while the civil court case against him is pending.

The family had hoped Andrew could take his first trip with his new grandchildren August, 10 months, and three-month-old granddaughter Sienna.

Andrew’s ex-wife Sarah Ferguson was also on the two-week break in their £17million chalet in Verbier, which could soon be sold to pay for the prince’s legal costs.

But Andrew’s team reportedly advised him against going as it coincided with the latest court hearings in the sexual abuse case brought by Virginia Giuffre.

Ms Giuffre, 38, is suing the Queen’s son for allegedly sexually assaulting her when she was a teenager. She is seeking unspecified damages, but there is speculation the sum could be millions of dollars.

Andrew’s former friend, Ghislaine Maxwell, was also found guilty of sex trafficking during the period the prince would have been away.

A source told the Sunday Mirror: ‘Beatrice and Eugenie were both very upset because they were hoping their children would be able to spend their first ski holiday with their grandad and the entire family.

‘Sadly it wasn’t to be, but they did hold Skype calls with their father nearly every day while they were in Verbier so that they could support him and he could see the grandchildren on holiday.’

Andrew is awaiting a US ruling from Judge Lewis Kaplan on whether he will face a full civil court case over the allegations, which he has consistently denied.

The document, made public on Monday, detailed how Andrew’s accuser agreed to ‘release, acquit, satisfy and forever discharge’ disgraced financier Jeffrey Epstein and ‘any other person or entity who could have been included as a potential defendant’.

Ms Giuffre’s lawyer, David Boies, told a court this week that he believes only the parties of the settlement agreement, Epstein and Ms Giuffre and their associates, could benefit from it, and not a ‘third party’ like Andrew.

Judge Kaplan, has promised both parties that a decision on whether the lawsuit should be dismissed will be made ‘very soon’.

The source told the Mirror that his family ‘don’t believe Andrew deserves what’s happening to him.’

They said: ‘Beatrice and Eugenie fully support their father and are a very close family unit, which includes Sarah.

‘It’s more about them being there for him and supporting him as opposed to questioning him about the case. That’s not what the family is focused on – it’s about survival, protecting the family name and getting through it in one piece.

‘The girls feel their father’s name is continually dragged through the mud unnecessarily, when really he is a good egg.’