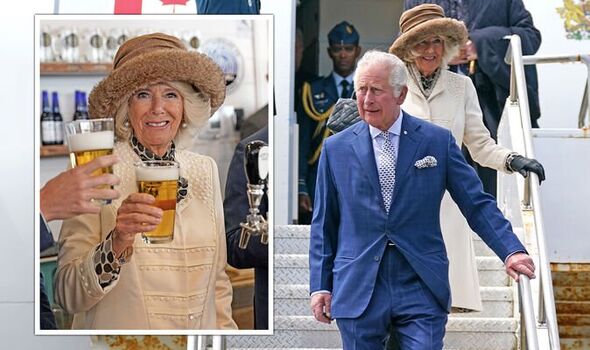 Here are the best snaps of Charles and Camilla’s Canada visit.

Members of the Royal Family have been visiting nations across the world to mark the Queen’s incredible Platinum Jubilee year. The latest royal tour has fallen to Prince Charles and Camilla, Duchess of Cornwall, and they are visiting Canada from Tuesday to Thursday this week.

Charles and Camilla land in Canada

Charles and Camilla looked delighted as they disembarked the steps of the aircraft upon arrival in Canada to mark the Platinum Jubilee.

Prince Charles and Camilla, Duchess of Cornwall arrived in St. Johns on Tuesday to a specially assembled Guard of Honour from Canadian military personnel.

The royals took part in a moment of silence to honour and remember the Indigenous children who attended residential schools in Labrador and Northern Newfoundland as part of a solemn ceremony marking the thousands who died or were abused.

Charles views sculptures of himself and Queen

During his first day in Canada, Prince Charles met Rosemarie Péloquin, a Franco-Manitoban artist, who showed the future King her needle-felted Canadian wool sculptures of himself and the Queen.

Charles and Camilla try their hand at pulling pints

During a visit to the Quidi Vidi Brewery during their tour of Quidi Vidi Village, Charles and Camilla both looked worried by their pint-pulling prowess!