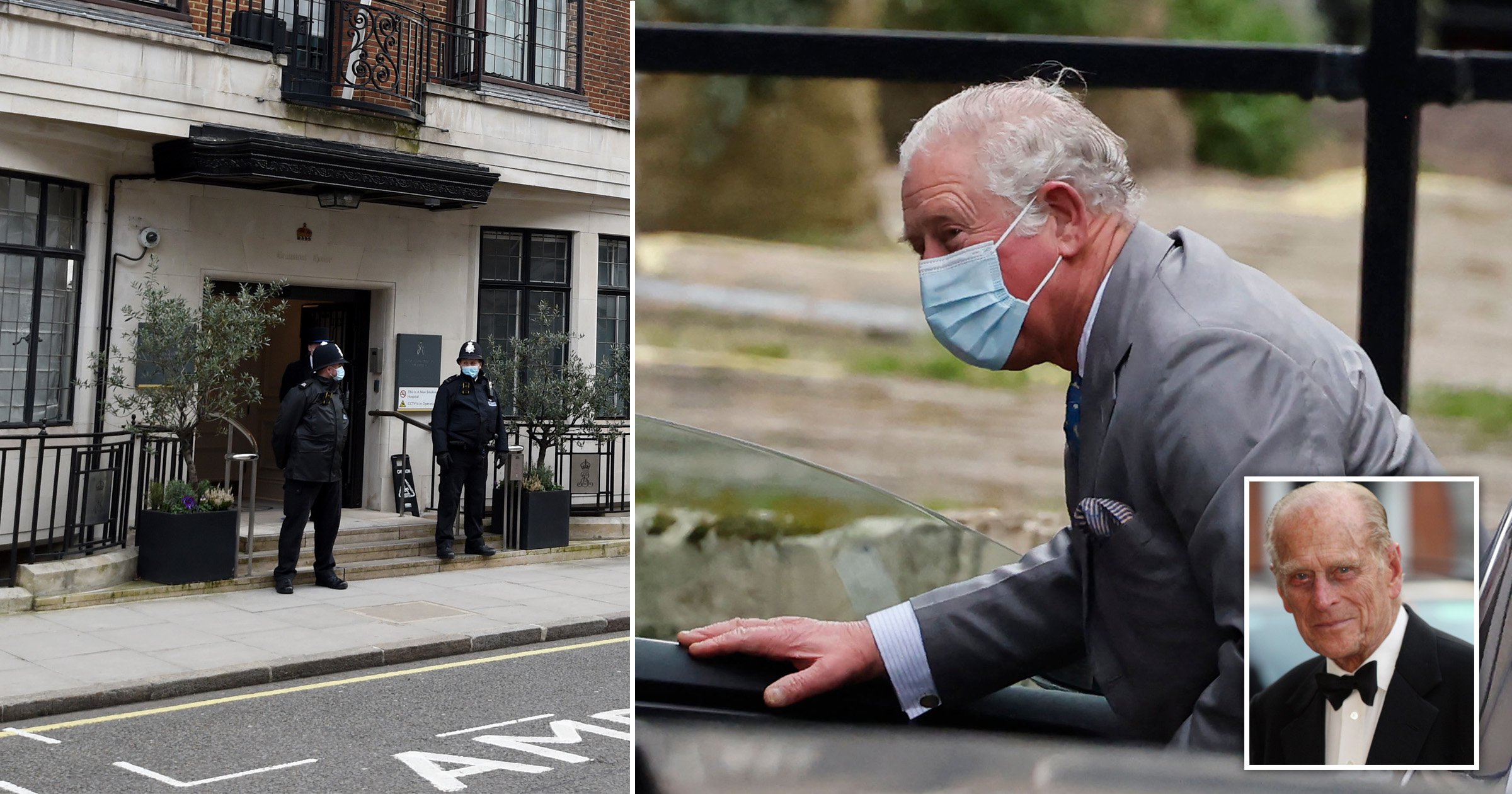 The Prince of Wales has arrived at King Edward VII’s Hospital to visit his father the Duke of Edinburgh.

Prince Philip, 99, was taken to the central London hospital by car on Tuesday evening after falling ill at Windsor Castle.

He was said to be in ‘good spirits’ when he was admitted, but following a consultation with his doctor, it was agreed he would stay for the weekend for ‘observation and rest’.

A Royal spokesperson has previously said that visitors would only be allowed under ‘exceptional circumstances’.

It is not known why the duke was taken to the private hospital, although it is not coronavirus related.