In newly-revealed extracts of journalist and co-founder of the Women’s Equality Party Catherine Mayer’s upcoming biography, she claims the Prince is nervous about taking on the mantle of the new head of the Royal Family. Ms Mayer says this is in no small part due to the immense popularity of the Queen, as well as past scandals involving Charles.

The author wrote: “Few of us remember a world without the Queen or, until recently, imagined one. For seven decades the UK and most other Commonwealth realms treated questions about ditching the monarchy or what to expect of her successor more as thought experiments than urgent business,” in extracts published by The Observer.

Further polling shows that just 34 percent believe Charles should succeed as King after the Queen, with more voting for Prince William to take up the role. 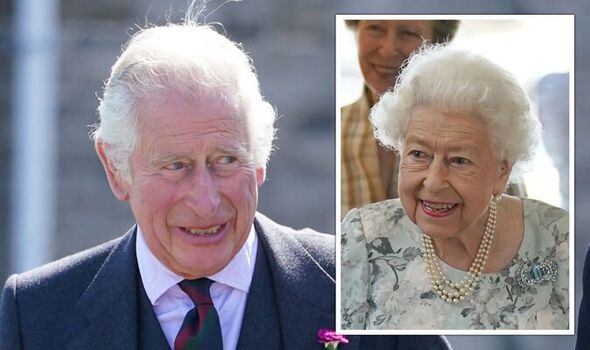 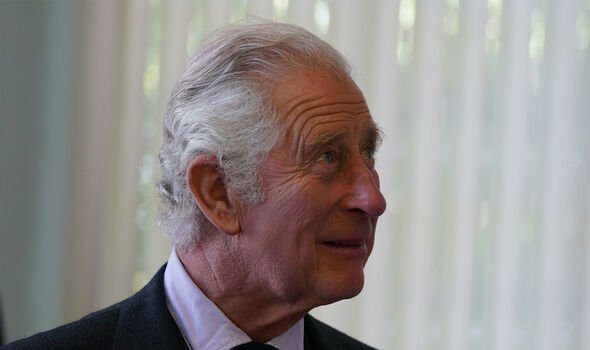 Ms Mayer wrote that compared with the Queen, Charles “has long wrestled” with the questions of ditching the monarchy or what is expected of him as successor. She added that he recognises “in his mother’s unmatchable popularity a phenomenon that simultaneously secures his path to the throne and complicates his singular destiny.

“Born to preserve the crown and pass it on, Prince Charles at times doubts he will achieve either of these things. He is, as a result and by nature, anxious, seeing existential threats behind every arras.”

Charles’ nervousness in approaching the throne was caught quite literally on camera when he stood in for Her Majesty to deliver the State Opening of Parliament – the first time he had stood in for the Queen throughout her reign. 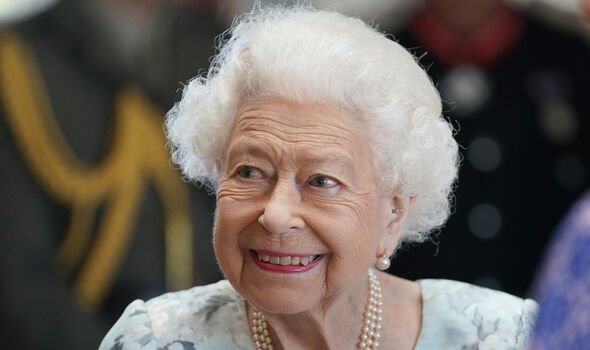 The Daily Express’ Royal correspondent Richard Palmer highlighted the moment when speaking to Pandora Forsyth on the Royal Roundup, pointing out that Prince Charles appeared to “sit staring at his mother’s crown” in the moments before he delivered the Queen’s Speech.Mr Palmer described it as a “poignant” moment.

Ms Forsyth added: “I mean, you can tell just from his face for as a sort of an outsider looking of nervousness. You think this is something which kind of sent shocks around the royal family that it’s actually happened.”

Ms Mayer also said of the future monarch that he “will be judged not only on his future decisions but past associations and actions.” 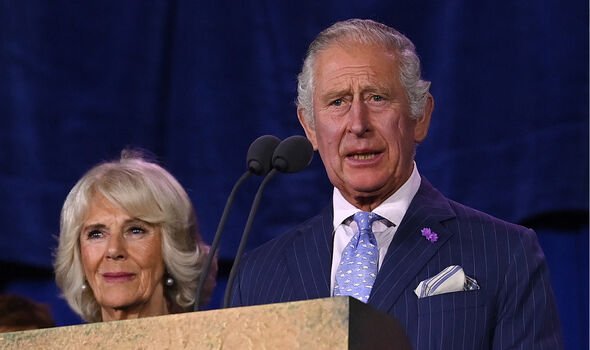 The author recalled a private fundraising dinner in 2013 hosted by the Prince of Wales and Camilla.

She said: “Seven of his and Camilla’s guests that night, existing or potential backers, would subsequently find themselves embroiled in news stories involving misdemeanours, criminal or otherwise, from money laundering to, in the case of Camilla’s nephew Ben Elliot, now co-chairman of the Conservative party, and David – now Lord – Brownlow, an arrangement to fund golden wallpaper as part of Boris Johnson’s renovation of his Downing Street residence. This is not to suggest the guests themselves have been guilty of impropriety, but rather that King Charles will be judged not only on his future decisions but past associations and actions.”

She cited Charles’ decision to reappoint and promote former valet Michael Fawcett “despite two resignations and serial controversies” as a further example of a scandal that may haunt the Prince when he takes the throne.