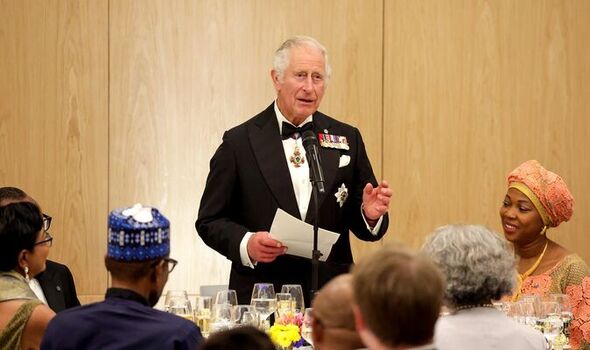 He and his elder son the Duke of Cambridge want a reset of the 54-nation association of mainly former British Empire countries by addressing the lingering resentment over the legacy of slavery. In a speech at the opening of the Commonwealth Heads of Government Meeting in Rwanda, Charles gave his blessing to countries wanting to ditch the monarchy.

He also said the group could only move forward and be a force for good if the wrongs of the past were properly acknowledged.

Charles, who is representing head of the Commonwealth the Queen at the summit, once again stopped short of apologising for the role of the Royal Family in the slave trade down the centuries.

Caribbean countries have called for Britain to pay reparations.

The Prince, who will be the next head of the Commonwealth, hailed the family of nations representing a third of the world’s population as uniquely positioned to achieve positive change on climate change and opportunities for young people.

But he said: “To unlock the power of our common future, we must also acknowledge the wrongs which have shaped our past. Many of those wrongs belong to an earlier age with different – and, in some ways lesser – values.While we strive together for peace, prosperity and democracy I want to acknowledge the roots of our contemporary association run deep into the most painful period of our history.

“I cannot describe the depths of my sorrow at the suffering of so many as I deepen my understanding of slavery’s enduring impact.

“If we are to forge a common future that benefits all our citizens, we too must find new ways to acknowledge our past.This is a conversation whose time has come.”

In the wake of Jamaica’s decision to become a republic, he gave his blessing to any countries that wanted to replace the Queen as head of state with a president.

He said: “The Commonwealth contains countries that have had constitutional relationships with my family, some that continue to do so, and those that have had none.”