The Prince attended the first day of racing with wife Camilla while the monarch chose to watch events closely on television at Windsor Castle seven miles away. And, in doing so, the Queen will have seen the Duchess of Cornwall describe her love for the sport in a TV interview. The Duchess said: “The Queen is the ­biggest expert of all time. There is nothing she doesn’t know about it. You wouldn’t want to think you knew better, because she does have all the answers.”

She added: “This is her passion in life. She loves it and you can tell how much she loves it. She can tell you every horse she has bred and owned, from the very beginning. She doesn’t forget anything. I can hardly remember what I bred a year ago. She’s encyclopaedic about her knowledge.”

Camilla clearly loves Royal Ascot herself, adding: “For everybody who loves racing, it is the most special week.”

She revealed Charles enjoyed his days as a jockey, even though he never won. The Duchess said: “He was second. He really enjoyed doing it. He’s someone who likes partaking rather
than watching.”

The Duchess was quizzed by ITV Racing about when the Queen’s horse Estimate won the Gold Cup in 2018, with excited images of the monarch beamed around the world.

She said: “The whole of Ascot, the whole world, was willing this horse to win – we were all shouting and screaming and yelling. And you could tell Her Majesty was so excited. You could just see the smile on her face afterwards.” 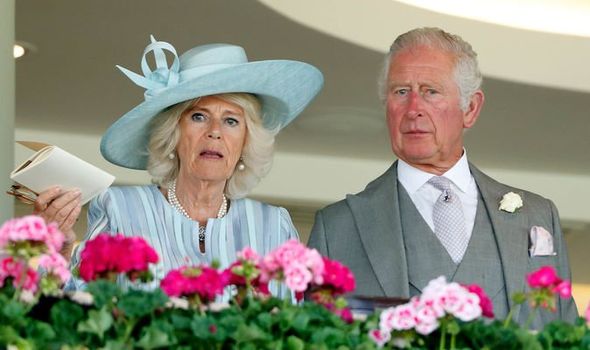 The Queen is expected later this week after missing the opening day for only the second time in 69 years, as she did last year when it was held without spectators.

It was still very much a royal occasion, however, with Princess Anne, the Earl and Countess of Wessex, and Zara Tindall at the opening day. Zara was accompanied by ­husband Mike, the former England rugby international. It was the first time they had been seen together at a ­public event since the birth of son Lucas
in March.

The Queen has horses taking part on every one of the five days and her trainer John Warren has tipped Tactical as a potential winner in Saturday’s Jersey Stakes. He said horse racing was a form of escapism for the Queen, who lost her beloved husband Prince Philip in April.

Mr Warren said she was a “fanatic” with “incredible” energy levels. He added: “It’s remarkable. She’s 95. She went down to the G7 in Cornwall this week and ­trundled back on the train in the middle of the night. 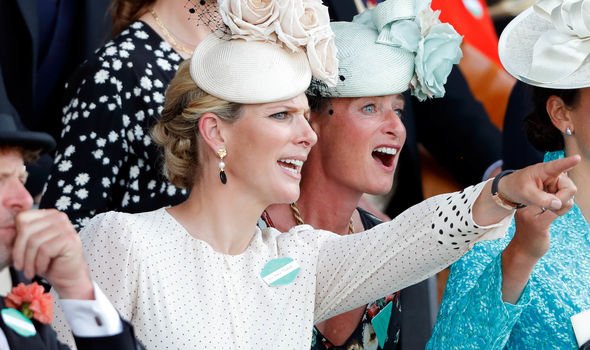 “The energy will be raised higher again for a week like Ascot. The plan is to see how it goes towards the latter part of the week and if the Queen is able to come because she’s got runners, then fingers crossed it’ll happen.”

Other famous faces in the stands included music mogul Simon Cowell, with partner Lauren Silverman, and his long-time friend the singer Sinitta.

Comedian and Strictly Come Dancing champion Bill Bailey was at the meet with his costume designer wife Kristin.

And there was more Strictly stardust in attendance with the widow of former host Sir Bruce Forsyth. Wilnelia, Lady Forsyth-Johnson, ­cut an ­elegant figure in black and white.

The punters, in smart suits, ­summer frocks and ­classically ­outlandish hats, were clearly joyous in the summer sunshine as they cheered on the jockeys.

Bookmaker William Hill has opened a book on a favourite bet among racegoers – the colour of the Queen’s hat – with blue the early favourite at 3-1.