Royal biographer and expert Penny Junor explained the Royal Family has a public image problem of costing too much which is exacerbated by the large number of members who attend royal events. Ms Junor said the public often sees many members on the balconies of Buckingham Palace with many questioning why their tax goes towards funding so many people. The royal author hypothesized the slimming down of the monarchy could be a smart move from Prince Charles, the future king, to show the family is good value for money.

Speaking to Express.co.uk, the biographer discussed a potential clue the Queen left at her diamond jubilee where the Buckingham Palace balcony was noticeably spare of members.

She said: “Charles himself has not talked about what his plans are for the monarchy in the future.

“But what we saw on the Queen’s Diamond Jubilee with that narrowed down family on the balcony, that was an indication.

“Charles is not yet king so he can’t go saying what he plans to do. But the Queen was signaling, I think, very clearly, that this is what the future would be.” 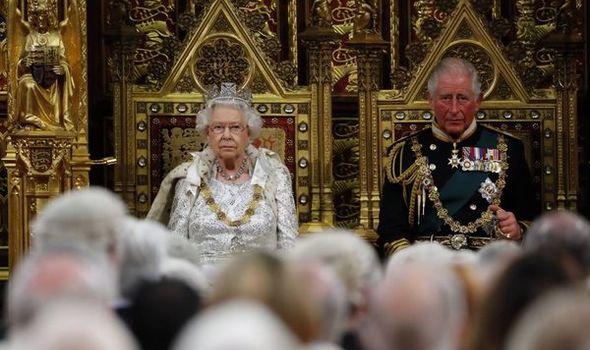 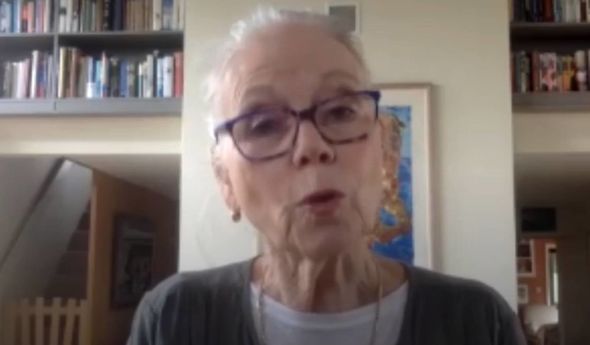 Ms Junor then went on to say there is a “perception” in the UK that the Royal Family costs a lot of money and the message the Queen was sending at her diamond jubilee of a smaller group of core royals who could lead the institution.

She added: “The Queen would have done that in consultation with Charles and I think the reason is there is a perception in the country that the monarchy costs a lot of money.

“If you look at the balcony on a Trooping of the Colour or whatever occasion, in the past, there seemed to be hundreds of people up there on the balcony.

“And they were friends and relations and it aroused public anger. 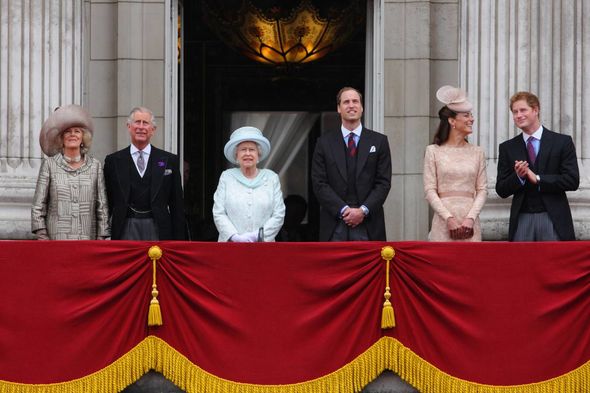 “I mean, the fact of the matter is the monarchy is very economical – it does not cost us all a lot of money.

“So I think to have a lean hardworking, central core of people is really a sensible idea and it lets the other members go off and live normal lives.” 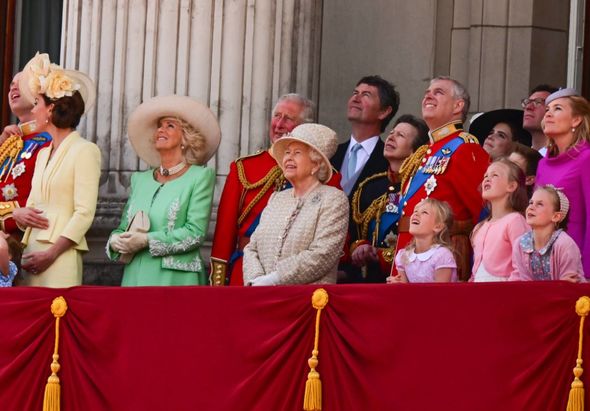 At the time, Prince Harry was yet to marry Meghan Markle and Prince Philip was in the hospital during the Diamond Jubilee.

However, the Queen hoped both would remain core members of the family in the future.

Some royal commentators believe Prince Charles will issue another letter’s patent when he becomes king which will limit the titles given to members.

It was revealed last month there were concerns over baby Archie getting a title or not as he would not be technically allowed one due to a 1917 letters patent.

But the young royal would become a prince when Charles ascends the throne unless the future king changes the rules.