He and the Duchess of Cornwall met some helpers and heard from young people in deprived areas on how they had influenced their lives. Speaking at Belfast city centre’s Education Authority, Charles said it had been “inspiring” to hear of the work of youth workers on all sides of the community.

He added: “I just wanted to take this opportunity, if I may, to pay special tribute to your dedication and commitment to the cause of peaceful co-existence. We must never underestimate the risk, and of course the cost, of holding to peaceful ways, and how much determination and courage is necessary. We owe you a deep debt of gratitude and, above all, of admiration.”

He added: “Whenever I visit I never cease to be profoundly moved by the work that is being done to heal the pain of the past, to bring understanding and reconciliation in the present and to build hope for the future.” 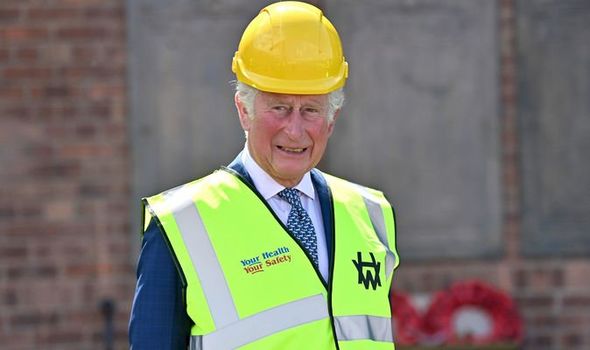 As they began their two-day visit to the province, Charles and Camilla visited Belfast City Hall. They viewed a mural by local artist John Luke painted for the Festival of Britain in 1950, and a copy of a William Conor painting which showed the State Opening of Stormont in 1921.

The Prince of Wales followed in the footsteps of his late father by calling at the famous Harland and Wolff shipyard where his father Prince Philip visited in 1977.

Camilla heard about Belfast’s ambition to become a Unesco City of Music and discussed issues around domestic violence with women on the steering group.