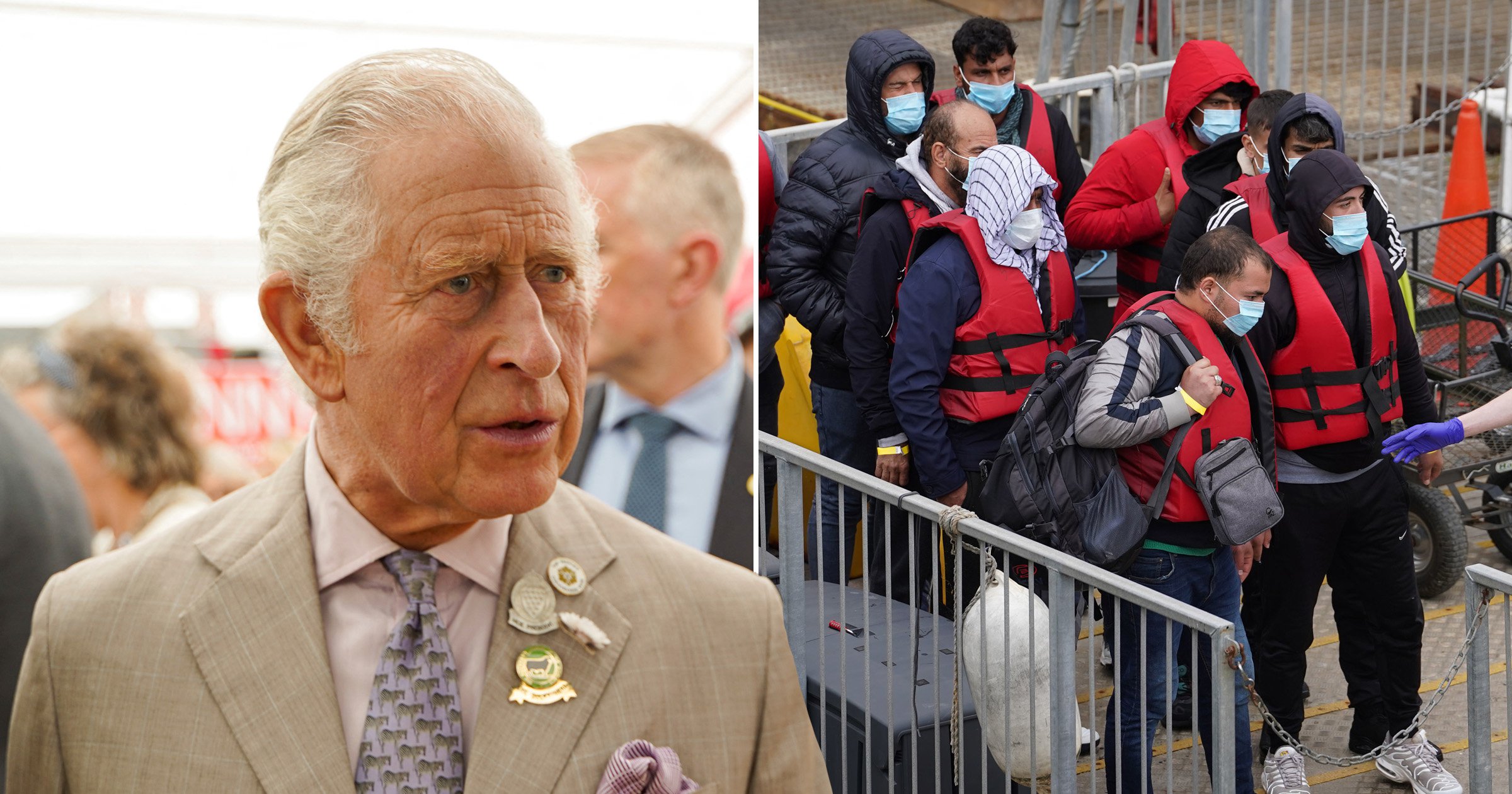 Prince Charles is said to have described the government’s plan to send people to Rwanda as ‘appalling’.

The heir to the throne reportedly slated Boris Johnson’s controversial migrant policy during a private conversation.

According to comments leaked to The Times, Charles dislikes the government’s ‘direction of travel’.

He is also said to be furious at the timing of the Rwanda policy as he is due to lead a conference in Rwanda later this month.

The Prince of Wales will represent the Queen at the Commonwealth Heads of Government meeting in Kigali.

An anonymous source close to Charles told the newspaper: ‘He said he was more than disappointed at the policy.

It’s unclear how the comments were briefed to The Times and Clarence House did not deny or confirm they represented Charles’ views.

A spokesperson said: ‘We would not comment on supposed anonymous private conversations with the Prince of Wales, except to restate that he remains politically neutral. Matters of policy are decisions for government.’

It would not be the first time Charles has let his opinion be known on political matters but he has appeared far more neutral in recent years.

Royal convention holds that senior royals, especially the monarch, do not air their views on the actions of governments, a position the Queen has studiously upheld.

Republicans have long argued that Charles’ engagement in politics and past willingness to let his views be known will test the delicate balance between hereditary monarchy and democratic government.

Under a plan spearheaded by the home secretary, migrants who arrive in Britain illegally face being deported more than 4,000 miles to the central African county.

The government survived an initial legal challenge seeking to stop the first planned flight from taking off on Tuesday.

Another is expected to be filed in the coming days and the government has previously acknowledged there is likely to be extensive litigation around the policy.

Priti Patel welcomed the ruling, saying: ‘People will continue to try and prevent their relocation through legal challenges and last-minute claims, but we will not be deterred in breaking the deadly people smuggling trade and ultimately saving lives.

‘Rwanda is a safe country and has previously been recognised for providing a safe haven for refugees – we will continue preparations for the first flight to Rwanda, alongside the range of other measures intended to reduce small boat crossings.’