The Duke of Edinburgh’s return to Windsor Castle yesterday renewed his family’s hope that he may be fit to enjoy a quiet 100th birthday celebration. Prince Charles said of his father’s reunion with the Queen: “It’s very good news.” Philip spent 28 nights in two London hospitals, for heart surgery and treatment of an infection. Apart from four days in St Bart’s for tests and the operation, he was an in-patient at the private King Edward VII’s three miles away.

Charles – who visited his father last month and kept in touch by phone and video chat – was the first member of the Royal Family to react publicly to the Duke’s discharge from hospital.

“I am thrilled about it,” he said, smiling, on a visit to London’s Finsbury Park Mosque.

Asked if he had talked to him yet, Charles, 72, said: “Oh yes, I have spoken to him several times.”

Philip, who will be under orders to take it easy after his longest spell in hospital, used a wheelchair as he left hospital yesterday morning.

He was obscured by a screen erected at the rear of the building as he was helped into a chauffeur-driven saloon. Wearing a white shirt and yellow jumper, he turned to look at a waiting crowd before his car headed off to Windsor. 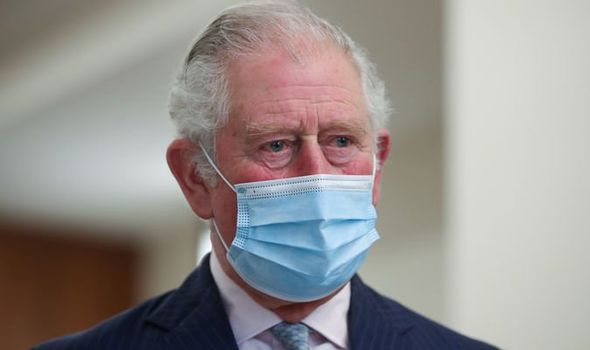 A Buckingham Palace statement said: “His Royal Highness wishes to thank all the medical staff who looked after him at both King Edward VII’s Hospital and St Bartholomew’s Hospital, and everyone who has sent their good wishes.” A source added that he was “in good spirits”.

Philip was taken to King Edward’s on February 16, after he felt unwell at Windsor, “out of an abundance of caution” and for observation and rest.

Two weeks later he was moved to St Bart’s in the City where on March 3 he had a successful procedure on a heart condition.

It is understood to have been linked to an emergency in December 2011 when he had a stent inserted for a blocked coronary artery at Papworth Hospital in Cambridge, following chest pains.

On March 5, Philip was transferred back to King Edward’s to recuperate and to continue his treatment. Throughout his time in hospital the Royal Family continued with their official duties; the Queen did not visit him. 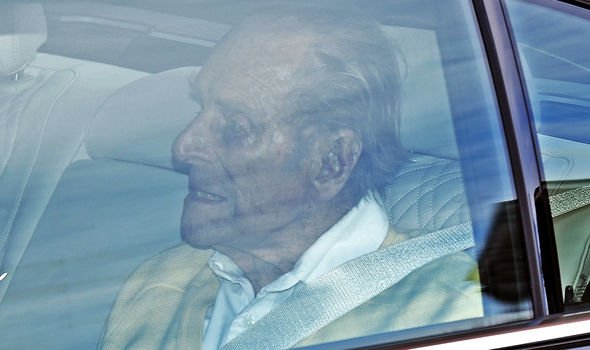 Prince Edward revealed he too had spoken to his father by phone – saying he was “looking forward to getting out”.

Concern for the Duke had heightened because of his age – he turns 100 on June 10 – and the troubles that hit the monarchy while he was having treatment.

The crisis had erupted when the Duke and Duchess of Sussex made allegations of racism by an unnamed member of the Royal Family during a TV interview with US chat show host Oprah Winfrey.

Harry and Meghan had faced calls to postpone the interview. The Prince clarified it was neither the Queen nor Philip who raised concerns about how dark his son Archie’s skin tone would be.

Philip has spent most of lockdown at Windsor with the Queen for safety. He is expected to stay there to recuperate.