Prince Charles, 72, was the first Royal Family member to visit his father Prince Philip, 99, in hospital following the Duke of Edinburgh’s admission on Tuesday evening. On Saturday, Charles left Gloucestershire and travelled to London where he paid a 40-minute visit to his father at King Edward VII’s private hospital. Buckingham Palace has issued no new update on the Duke’s health since he first went into hospital.

Buckingham Palace described Philip’s admission as “a precautionary measure” when he first went into hospital on Tuesday but has not issued another update since.

Following Prince Charles’s visit on Saturday ITV royal editor, Chris Ship tweeted: “We understand that Prince Charles has not returned to Highgrove in Gloucestershire but has instead gone to stay the night at Clarence House in St James’, London.

“No updates from Buckingham Palace on Duke of Edinburgh.” 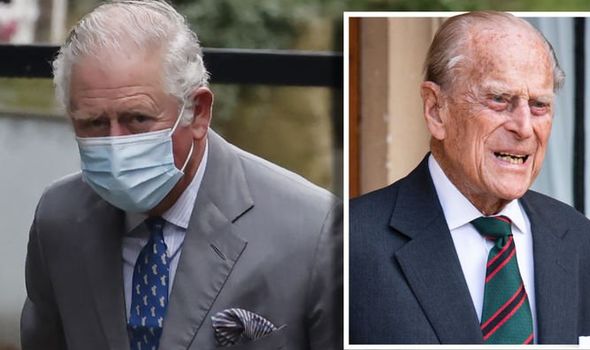 On Tuesday Buckingham Palace played down fears for the Duke’s health in a statement that said he had gone into hospital as “a precautionary measure” and on  the advice of his doctor ” for a few days of observation and rest.”

The full statement read: “His Royal Highness the Duke of Edinburgh was admitted to King Edward VII’s Hospital in London on Tuesday evening.

“The duke’s admission is a precautionary measure, on the advice of His Royal Highness’s doctor, after feeling unwell.

“The duke is expected to remain in hospital for a few days of observation and rest.”