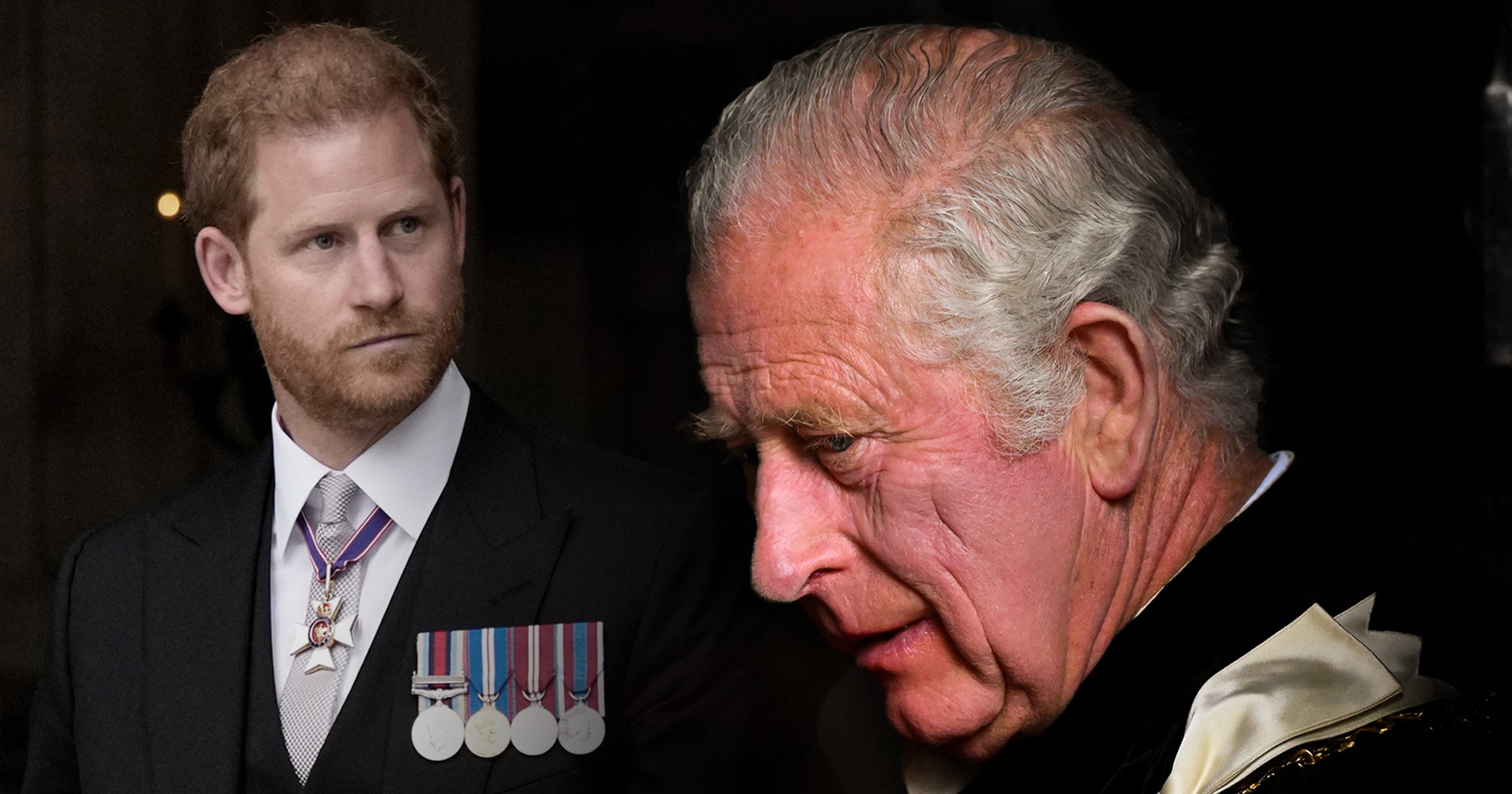 Prince Charles would be ‘saddened’ if his relationship with Prince Harry was to break down, say sources close to the Prince of Wales.

It comes after an interview with Meghan Markle by New York based magazine The Cut, where she openly discusses the reasons for her departure from the Royal Family.

Meghan told The Cut: ‘Harry said to me, “I lost my dad in this process.” It doesn’t have to be the same for them as it was for me, but that’s his decision.’

The source close to Prince Charles added: ‘The Prince of Wales loves both his sons.’

Allies of the couple have said Meghan was referring to her own relationship with her estranged dad Thomas Markle, who she has not spoken to since the royal wedding in 2018.

Prince Charles walked Meghan down the aisle last minute when Thomas revealed he would not be attending the wedding.

But Harry talked about how his relationship with his dad was tense following his departure.

He said during the televised interview with Oprah Winfrey last year Prince Charles had stopped taking his calls.

Meghan Markle has just released her new Spotify podcast, Archetypes, and said the family’s move over to the US was necessary to secure their financial freedom.

She went on to defend the move, saying a ‘handful of princes and princesses and dukes’ already have the ‘very arrangement they wanted’ but did not go on to name who these royals are.

She went on to say she was not ‘reinventing the wheel’.

Meghan also told The Cut how she would be willing to to go to another Commonwealth country and work on behalf of the Royal Family as long as the Sussexes were able to make their own money.

‘Then maybe all the noise would stop,’ she added.

She said she believes there is ‘room for forgiveness’ between herself and the Royal Family.

‘I think forgiveness is really important,’ she told the magazine.

‘I’ve really made an active effort, especially knowing that I can say anything.’

Harry discussed his take on the Firm, saying: ‘Most people that I know and many of my family, they aren’t able to work and live together.’

During the interview, Meghan also hinted she might return to Instagram after a long hiatus from the social media platform.

She also alleged that the n-word was used to describe her child, but it was unclear who she was accusing of this.

Meghan has another Archetypes episode coming out today where she will talk to singer Mariah Carey.

In the series, Meghan speaks with famous celebrities and investigates the labels and stereotypes which hold women back in life.

Clarence House has been contacted for comment by Metro.co.uk about Prince Charles’ comments.