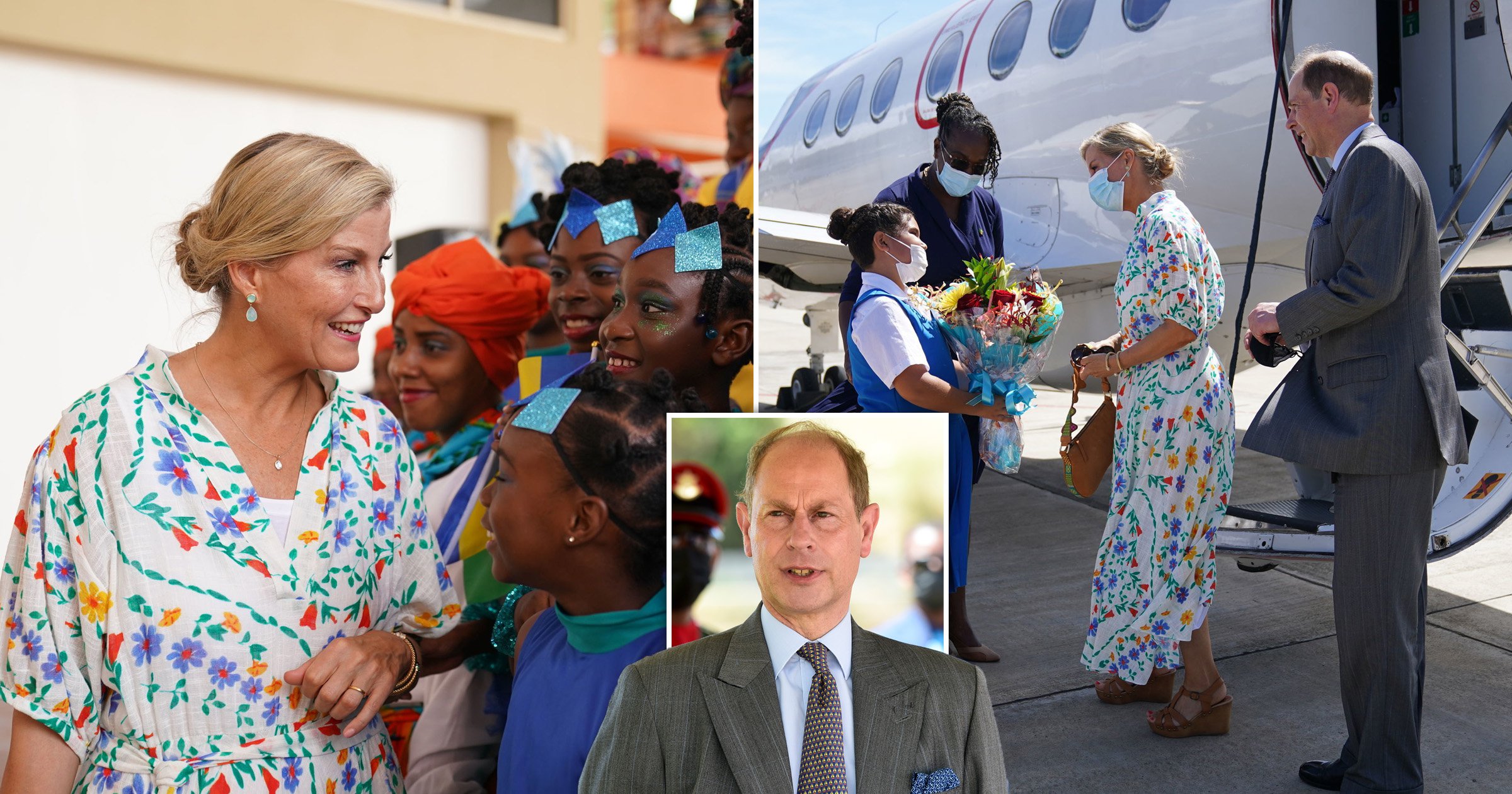 Prince Edward and his wife Sophie have been told not to treat locals like ‘simpletons’ with patronising remarks on slavery as they visit the Caribbean.

The pair have arrived in St Vincent and the Grenadines as part of their seven-day tour of the region, after spending yesterday in St Lucia.

They were expected to face the same row over Britain’s colonial legacy and slavery reparations that Prince William and Kate encountered on their recent Caribbean trip.

Ahead of their upcoming visit to Antigua and Barbuda, campaigners in the country wrote a strongly-worded open letter on the Royal Family’s past comments on slavery.

In a speech at a lavish dinner in Jamaica last month, William expressed ‘profound sorrow’ for the ‘abhorrent’ transatlantic slave trade, but did not apologise for it.

Neither did his father Prince Charles as he attended a ceremony marking Barbados cutting ties with the monarchy and becoming a republic.

Campaigners have argued that the Royal Family directly participated and profited from the slave trade and that an apology is in order.

Antigua and Barbuda Reparations Support Commission referred to past comments by William, Charles and former Prime Minister David Cameron in its letter.

The group said: ‘It has become common for members of the royal family and representatives of the government of Britain to come to this region and lament that slavery was an “appalling atrocity”, that it was “abhorrent”, that “it should not have happened”.

‘We hear the phoney sanctimony of those who came before you that these crimes are a “stain on your history”.

‘For us, they are the source of genocide and of continuing deep international injury, injustice and racism. We hope you will respect us by not repeating the mantra. We are not simpletons.’

He told local radio that the letter was written to reflect the absence of ‘an apology from the crown both as a family and as an institution for their role in the enslavement of African people’.

In an opinion piece for local media, he wrote: ‘This reign has been so long and mind-numbing that persons in this country, some who now see themselves as political saviours, still cling to colonial doctrines and structures.

‘Our head of state has not been here, on this island for many years. The remnants of colonial rule have been hidden from her; she has not seen the recent magnificent efforts our leaders and people have made to clean the mess her British left here.

Calling for Antigua and Barbuda to sever ties with the monarchy, Mr O’Marde added: ‘The historical moment for the realisation of our full sovereignty is upon us.

‘Generations before ours fought for the abolition of British enslavement, others for the attainment of adult suffrage and the rejection of colonial rule, others for independence. It has been a long struggle.

‘This is a call for its acceleration. It is our turn to complete the achievement of full political emancipation.’

Edward and Sophie’s tour, which will also see them stopping at St Vincent and the Grenadines, was organised to mark the Queen’s Platinum Jubilee this year after 70 years on the throne.

The earl and countess were forced at the last minute to cancel a trip to Grenada, with no official explanation given.

However, a source told the Express: ‘There were concerns it was going to be very expensive for taxpayers in Grenada and they were only coming for eight hours.’