Prince Edward, 57, wished Prince Harry and Meghan Markle “happiness” following the announcement Lilibet Diana was born on June 4. Her name, they said, was a tribute to Harry’s grandmother, the Queen, whose family nickname was Lilibet, while it also honoured his late mother, Princess Diana. Some royal commentators said the move appeared to be an olive branch to his family after the very public falling out following their explosive interview with US chat show host Oprah Winfrey in March.

“A name that will be very meaningful for your family.”

The Earl of Wessex told BBC News: “We just wish them all happiness, it’s fantastic news, and, absolutely, we hope they are very happy.”

The couple said the Queen had been the first family member they had called. 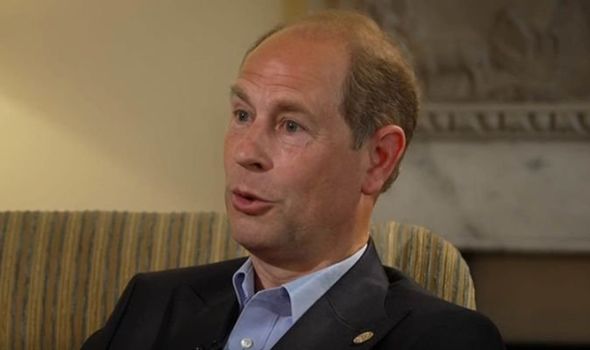 “During that conversation, he (Harry) shared their hope of naming their daughter Lilibet in her honour,” their spokesperson said. “Had she not been supportive, they would not have used the name.”

The Queen, the Prince of Wales and the Duchess of Cornwall, and the Duke and Duchess of Cambridge’s social media accounts shared their congratulations on the happy news.