Prince Edward, 56, paid an important royal visit to Northern Ireland on Wednesday to see how businesses and community groups were coping amid the pandemic. As well as meeting community groups, the Earl of Wessex made an important military visit that honoured his father Prince Philip, 99.

The Duke of Edinburgh was Colonel in Chief of the British Army’s Rifles regiment until he officially handed the role over to Camilla, Duchess of Cornwall in July.

However, Camilla is not the only royal with an honorary title linked to the Rifles – Prince Edward has one too.

Prince Edward has been the Royal Colonel of 2nd Battalion, The Rifles since 2007.

He honoured his role by visiting troops based in Northern Ireland. 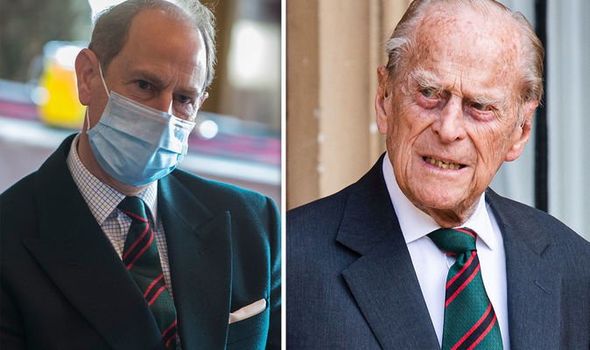 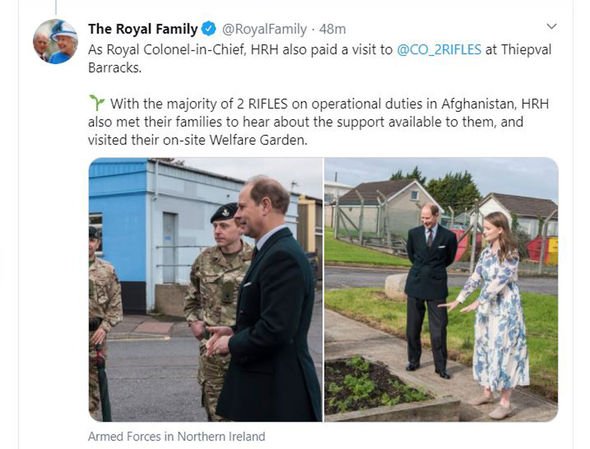 The Royal Family’s official Twitter account shared a photo of the special visit with the caption: “As Royal Colonel-in-Chief, HRH also paid a visit to @CO_2RIFLES at Thiepval Barracks.

“With the majority of 2 RIFLES on operational duties in Afghanistan, HRH also met their families to hear about the support available to them, and visited their on-site Welfare Garden.”

The important visit upheld the Royal Family’s military ties in Northern Ireland and will have pleased the Duke. 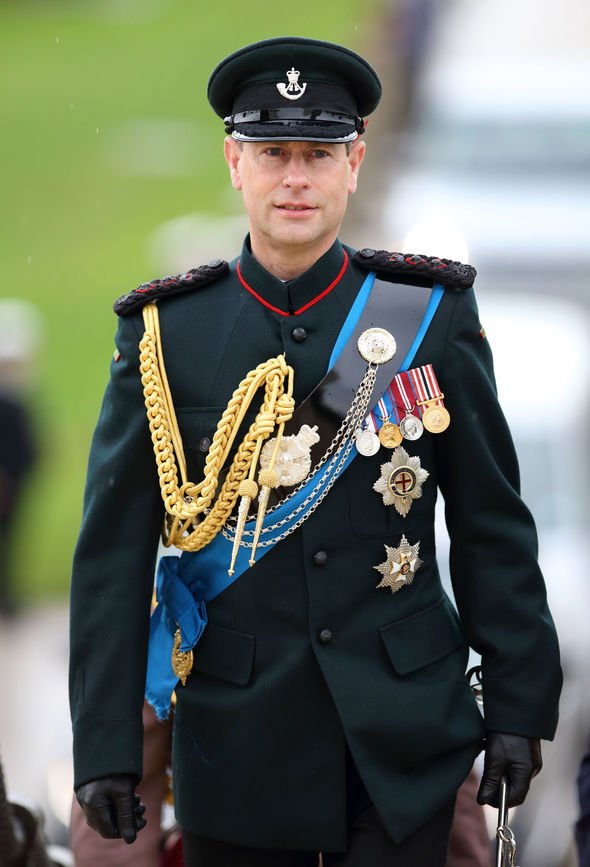 The Royal Family tweeted: “The Earl of Wessex was in Northern Ireland yesterday, visiting local businesses and community groups to learn about their responses to COVID-19.

“At Unicorn Group, HRH spoke to warehouse staff about their work, which includes manufacturing hand sanitiser.”

While Philip’s honorary Colonel Chief role was handed to Camilla, Duchess of Cornwall – Prince Edward is being lined up to eventually take over from his father.

It is understood that upon Prince Philip’s death Prince Edward will inherit the Duke of Edinburgh title.

In recent years, the Earl of Wessex has gradually taken on more of his father’s projects including the prestigious Duke of Edinburgh (D of E) award scheme.

The Duke of Edinburgh (DofE) award scheme which encourages young people to become involved in their communities and to develop essential skills for life and work.

The award scheme has three tiers – bronze, silver and gold and every year thousands of 14 to 24 year-olds achieve one of these levels.

This year the coronavirus pandemic meant the award ceremony for those receiving their gold award could not go ahead as planned in April. 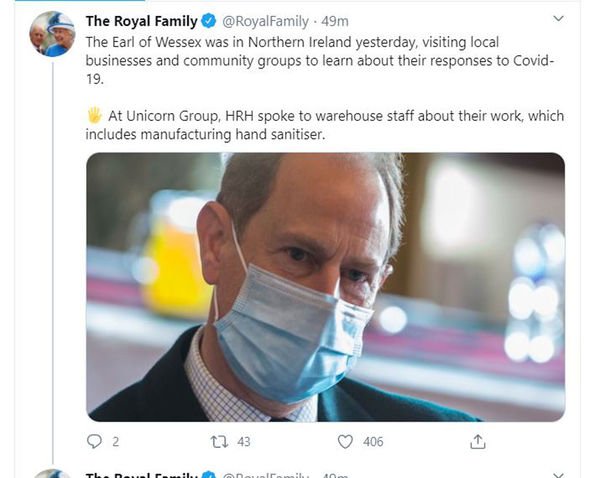 So Prince Edward stepped up on social media to congratulate those who had achieved the gold tier.

“Congratulations to the 12,468 incredible young people who have achieved their @DofE Gold Award in the last year.

“Although the official Award ceremonies couldn’t go ahead this spring, we hope you take a moment to celebrate.

“The Earl of Wessex sends a message to you all.”