The Crown season four features a teenage Prince Edward, who reveals to his mother Queen Elizabeth II that he is being bullied at school, after which she sadly tells Prince Philip their youngest son is “lost”. Later in the season, the Queen’s youngest child is seen turning 21 years old and ready to take on more royal duties and responsibilities. It was just a couple of years after this significant birthday that Prince Edward decided to launch a project of his own that, despite best intentions, turned out to be a bit of a PR disaster for the Royal Family.

He organised a medieval-themed celebrity tournament overseen by several heirs to the throne called The Grand Knockout Tournament, also known as It’s a Royal Knockout, to be broadcast on TV.

According to biographer Ben Pimlott, the Queen viewed the whole occasion with derision even before the cameras started rolling.

He quoted a friend of Her Majesty in his 1996 biography, who reportedly said: “It was a terrible mistake. 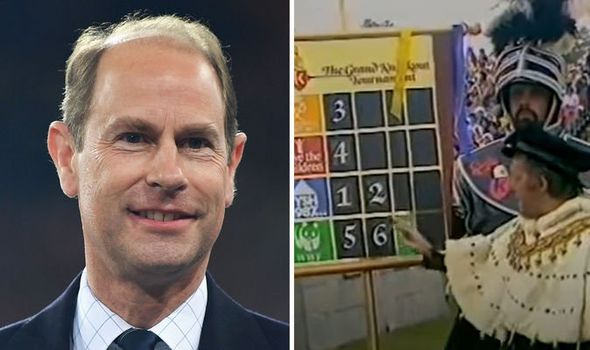 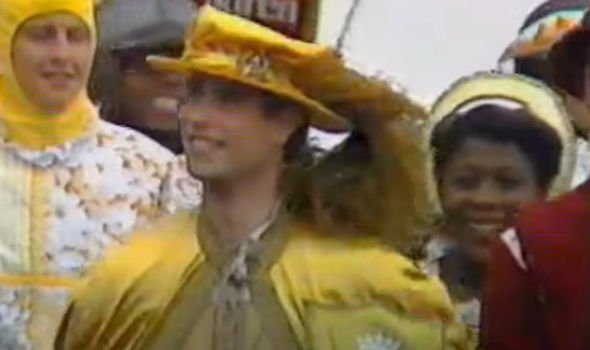 “She was against it. But one of her faults is she can’t say no.”

Another friend said: “There was not a single courtier who did not think it was a mistake.”

Mr Pimlott asserted that their advice was “confounded by youthful enthusiasm and the Queen’s maternal indulgence”.

The charity event, which was filmed for TV audiences, involved four teams headed up by Prince Edward, Princess Anne, Prince Andrew and Sarah, Duchess of York. 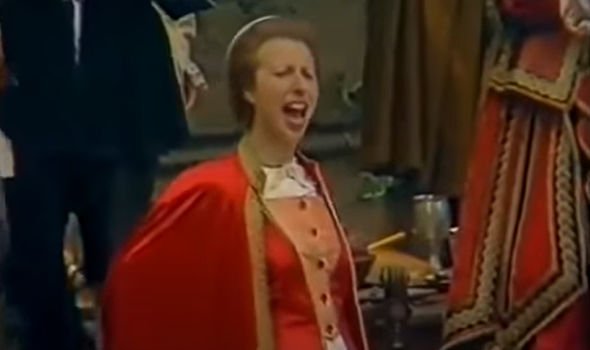 The participants wore costumes and fulfilled challenges, some as silly as dressing as vegetables and throwing ham at each other.

“‘Give us a B…’ bellowed the Duchess of York ‒ and made the public stunningly aware that a sense of decorum was not an automatic quality in the Royal Family, and even that some members might be more deserving of their Civil List incomes than others.” 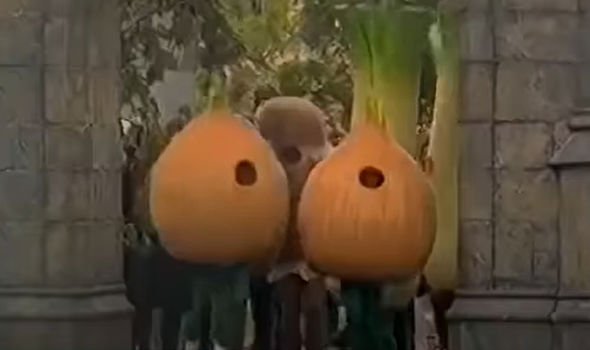 Princess Anne, who reportedly looked embarrassed to have even been a part of it, led the winning team.

On the upside, the event raised £1million for charity, but it came at the cost of the Royal Family’s reputation.

What’s more, Edward had hoped to launch a TV career on the back of his breakthrough project, but instead he was ridiculed in the press.

It has arguably haunted him ever since.

The Royal Family, as clearly depicted in The Crown, are very aware that they need to convince the public they are worth the money and respect they get as royals.

It’s a Royal Knockout drove a carthorse through this, and led some people to wonder why their taxes were funding this family, and appeared to shift the media portrayal of certain individuals.

Prince Charles and Princess Diana declined to have anything to do with it and were saved from the humiliation themselves.

Interestingly, The Crown did not feature It’s a Royal Knockout in season four, even though it would have been within the right time frame. 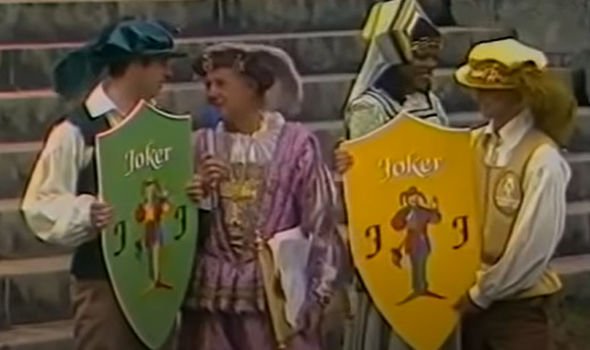 Other stories that were left untouched include Princess Anne’s love letters from Commander Timothy Laurence being stolen from her briefcase and sent to the press.

Despite his first attempt in entertainment not going too well, Edward later formed a television production company called Ardent Productions in 1993.

Ardent was involved in the production of a number of documentaries and dramas, but the company was referred to by some industry insiders as “a sad joke” due to its perceived lack of professionalism in its operations.

Edward was also accused of using his royal connections for financial gain.

Andy Beckett wrote in The Guardian: “To watch Ardent’s few dozen hours of broadcast output is to enter a strange kingdom where every man in Britain still wears a tie, where pieces to camera are done in cricket jumpers, where people clasp their hands behind their backs like guardsmen.

On the other hand, his productions were better received in the US and a documentary Edward made in 1996 about his great uncle and namesake King Edward VIII ‒ later the Duke of Windsor ‒ sold well worldwide.

Nevertheless, the company reported losses every year with the exception of one when Edward did not draw a salary.

Edward stepped down in 2002 as its production director and joint managing director and it was voluntarily dissolved in 2009.