Prince George and Charlotte decided to attend funeral day before

After days of speculations over their presence, Prince George and Princess Charlotte did attend their great-grandmother’s funeral. The decision was made without “pressure”, a royal editor said, as the siblings were free to make their choice. To royal fans’ delight, the two decided to take part in the procession leading to the Queen’s funeral and the funeral itself.

Asked about how the parents decided their children would be part of the event, The Sunday Times’ Royal Editor Roya Nikkhah said: “My understanding from William’s and Catherine’s team is that that decision was made yesterday.

“But it was really up to whether the children felt they wanted to be there.

“And I know that William and Catherine have been speaking to them a week.

“There has been no pressure at all despite the world wanting to see the symbolism of the future king George at his great-grandmother’s funeral.” 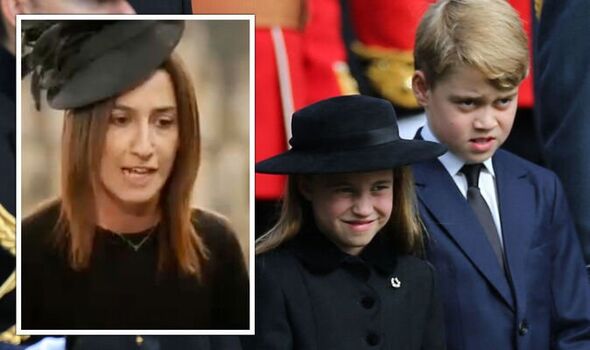 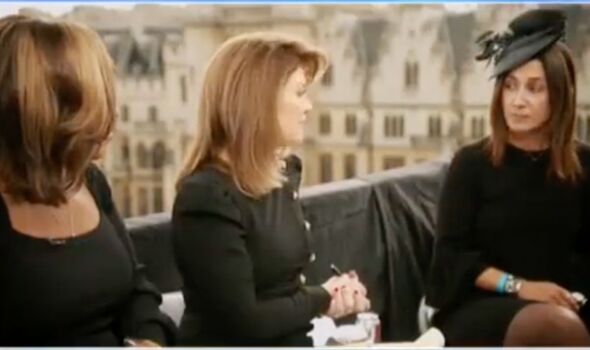 Ms Nikkhah contonued: “There was no pressure.

“It was a call they made personally.”

Prince George and Princess Charlotte attended the State Funeral of their great-grandmother after questions emerged over their presence following the Queen’s death.

But the order of service for Monday’s ceremony revealed that George, 9, and his younger sister Charlotte, 7, will be attending the funeral alongside about 2,000 guests. 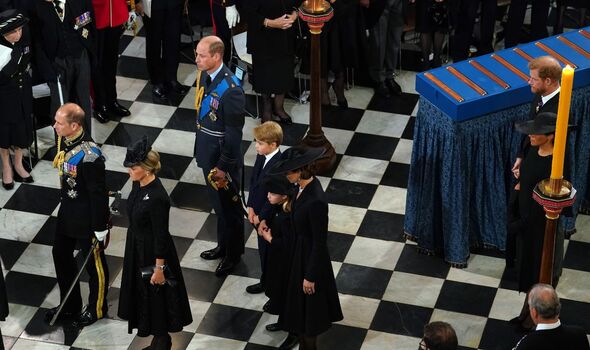 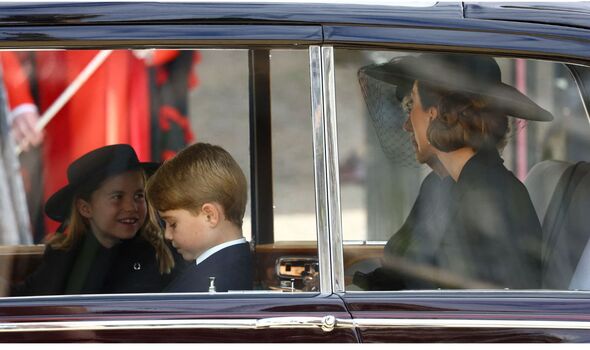 The royals kids were the youngest mourners in attendance in Westminster Abbey on Monday.

They joined the Abbey procession behind the Queen’s coffin between their parents Prince William and Princess Kate and their aunt and uncle, Meghan Markle and Prince Harry.

However, Prince Harry, 4, the youngest child of the Prince and Princess of Wales was considered too young for the State Funeral. He stole the show during the Platinum Jubilee celebrations with a series of hilarious moments like dancing around in the stands or telling off his mum Kate.

DON’T MISS:
Princess Charlotte looks grown up in hat for Queen’s funeral [REPORT]
Can you visit the Royal Vault? Queen to lie in rest alongside royals [EXPLAINER]
Solemn Kate holds Charlotte’s hand as they arrive with George  [REPORT] 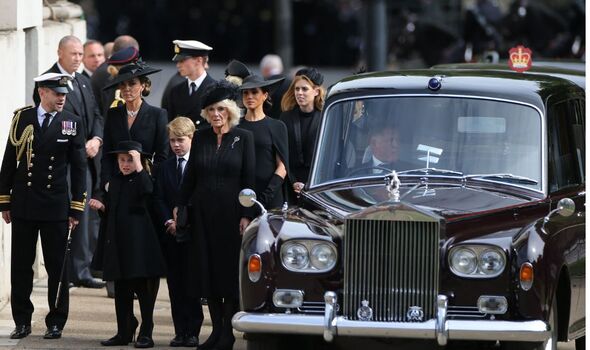 Prince George, who became second in line to the throne after his great-grandmother’s death, walked alongside his father, Charles III’s immediate heir.

The two siblings looked solemn as they made the emotional walk behind the late monarch’s coffin at her funeral.

They were seated alongside their parents in Westminster Abbey, with Charlotte’s legs swinging beneath her, as she is still too short to reach the abbey’s floor.

READ NEXT:
George looks stoic and grown up as he walks in procession with William
Prince Harry was ‘affected more’ than William by Diana funeral
Kate and William pivotal in George and Charlotte’s funeral attendance
Prince Louis’ reaction to Queen Elizabeth’s death
Prince George and Princess Charlotte to attend Queen’s funeral