Kate, Duchess of Cambridge and Prince William have three children – Prince George, six, Princess Charlotte, four, and Prince Louis, one. While Louis is still too little to play with his big brother and sister, Charlotte and George seem to get on a treat. The cheeky duo delighted fans when they joined crowds in Cowes to watch their parents compete in a charity yacht race last week. They are close in age and have been photographed playing together on several occasions.

Princess Charlotte is due to join Prince George at school this autumn and the spirited princess apparently can’t wait.

“When Charlotte joins George at school in September they are likely to be even closer.” 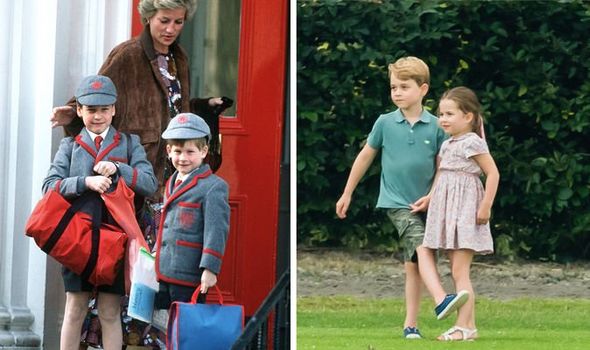 The siblings’ unique upbringing inside the Kensington bubble means they have learnt to depend on one other, according to a royal insider.

A source told People Magazine: “They are close in age, and they spend so much time together. Playdates [with outsiders] can be tricky, so they learn to lean on each other.”

The insider added that Charlotte is “more outgoing” than her “reserved” big brother.

Prince Harry and Prince William were also very close to one another growing up. 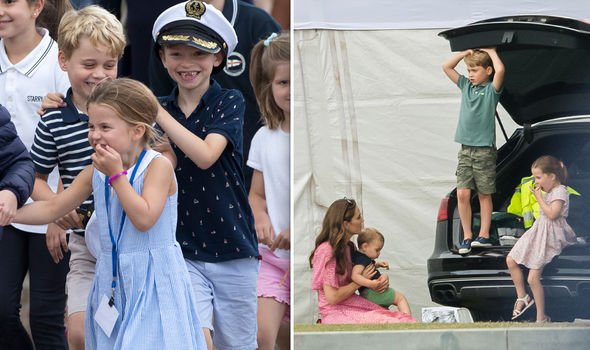 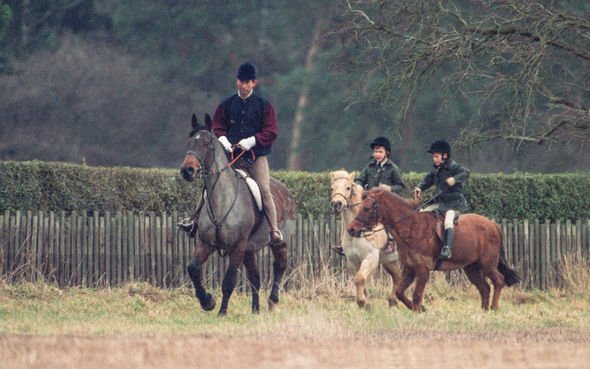 There is just over two years difference between the royal brothers who were brought even closer together by their mother Princess Diana’s tragic death.

While Prince William and Prince Harry were close as children, they have very different characters, according to Mr Fitzwilliams.

“We know William and Harry were tremendously close as brothers but were very different temperamentally.

“William was more self-contained and was the elder brother, Harry was the rebellious naughty one,” Mr Fitzwilliams said. 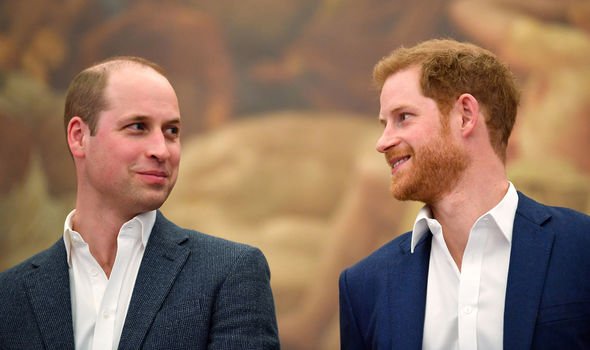 Mr Fitzwilliams added: “They seemed inseparable which is perhaps why we bought into the “Fab Four” idea when Harry married Meghan, however, this proved unworkable as now we know.”

Another dynamic marked out Prince Harry and William’s upbringing from that of George and Charlotte’s.

Prince William is second in line to the throne and as such was raised to be a king while Prince Harry grew up in his shadow.

Royal expert and author Ingrid Seward discussed this in a More4 documentary “Meghan and Harry: The Baby Years” in which she claimed Harry was treated as “number two.”

Ms Seward said: “The Queen Mother used to say, ‘Come on William come and sit next to me’, and little Harry would be completely left out.”

As Ms Seward explained: “Harry has always known he was number two. And obviously, Diana was very anxious that he shouldn’t feel that.

“Other members of the Royal Family were very conscious he was number two.”