Kate, the Duchess of Cambridge and Prince William have just uprooted their family and moved to Adelaide Cottage on Windsor Castle grounds. Along with the move, Prince George, Princess Charlotte and Prince Louis have started a new school, an event marked by the release of new images trio on their first day at Lambrook school which has sent royal fans into a frenzy. Jeremy Vine on 5 panellists Jemma Forte and Dawn Neesom has reacted to the latest photos, commenting on how tall Prince George looks.

Ms Neesom branded the young boy a ‘strapping young man.’ and gawp and the photos of him standing next to his mother Kate, the Duchess of Cambridge.

Mr Vine said: “See William looks good, I think he would look… Because at that age you could be putting on weight.

“And goodness knows if you’re in the Royal Family you can eat as much as you want and not get the exercise.

“He looks like a trim healthy bloke… I’m just saying.”

Ms Forte told Jeremy Vine on 5: “That first day back at school is really confusing isn’t it, it’s like I’ve got little nephews and part of my sister is like it’s been a lovely summer, and the other part is yes! yes, they’re back! because you’ve run out of things to do.” 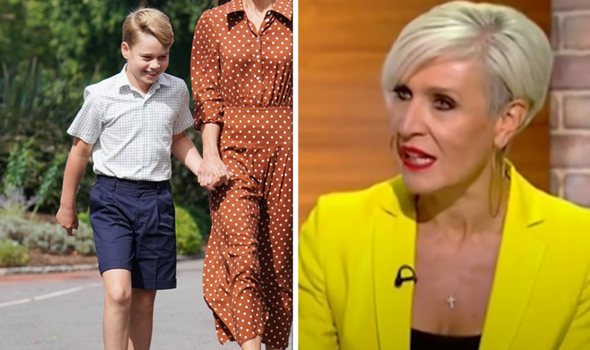 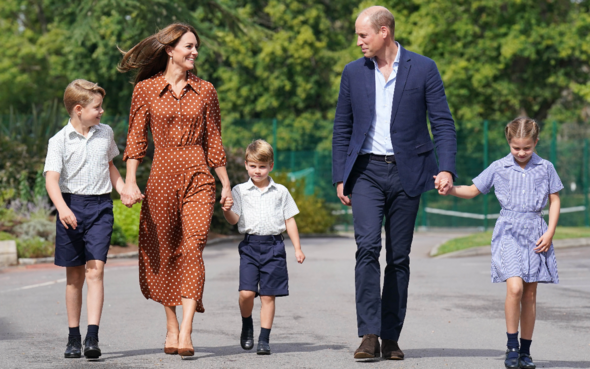 Ms Neesom added: “I looked at this picture and I just can’t believe how tall George is getting already, he’s really tall… Strapping young man.”

The Cambridges have been praised by the British public for their move to Windsor Castle.

The decision was said to have been made because both Prince William and Kate want to take a more hands-on approach to raise their children.

The Cambridges have been said to have wanted more privacy, and felt like Adelaide Cottage on Windsor Castle grounds was the correct place to do so.

Royal insiders have claimed that the Duke and Duchess of Cambridge wanted to get out of the fish bowl that is Kensington Palace.

They have downsized their home and cut down on staff in order to achieve this.

The children are also now attending the same school in Berkshire, Lambrook school.

And Prince William will be doing the daily school run. 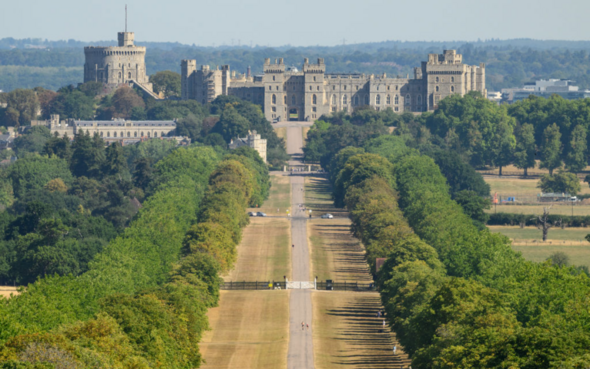 There has been speculation as to why the Cambridges have not sent Prince George to a boarding school as it is tradition to do so.

A royal source told Us Weekly: “Kate and William are open to sending George to boarding school in the future and have already checked out a few, but they feel eight is a little young and want to wait until he’s slightly older.

“George going to school is a decision the Cambridges will make as a family.

“They’d never force George to go unless he wants to and they feel it’s right.”

The youngster is open to the idea though, having heard his parents’ stories about their experiences at boarding school, which he thinks sounds “super fun”.