Prince George, six, is third in the line of succession behind his father and grandfather. Prince George is the eldest child of Prince William and Kate, Duchess of Cambridge, and older sibling of Princess Charlotte and Prince Louis. Despite his young age, William and Kate have started to discuss what George and Charlotte’s roles will be in the future.

His parents have reportedly started teaching him about royal life and duties in readiness for him to one day become King.

A source told Closer Weekly: “William and Kate have already talked to George and Charlotte about their future roles.

“But in a child-like way so that they understand without feeling overwhelmed.

“George knows there’s something special about him and that one day he’ll be the future King of England.” 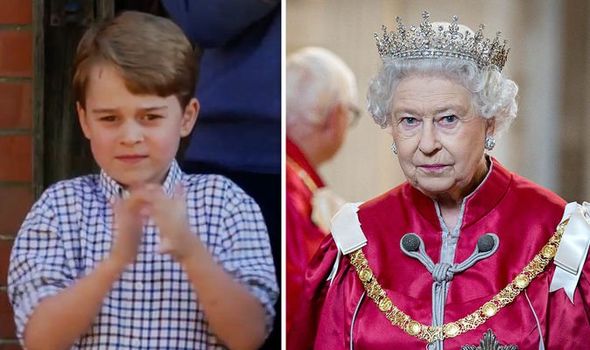 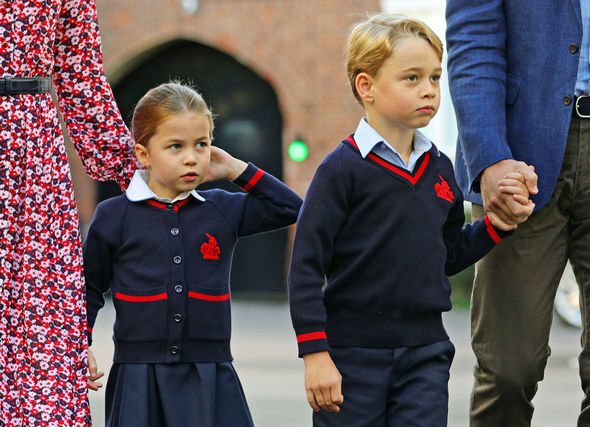 The Cambridge couple has been using storybooks to explain these future roles, according to the insider.

A source told US Weekly: “William talks to George about what being a royal means.

“He does so in a very simple manner because he doesn’t want his son to feel overwhelmed at such a young age.

“He’ll explain things as if he’s reading from a children’s storybook. So it’s fun for George.” 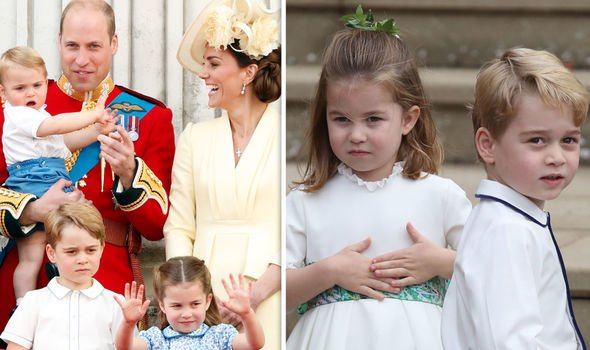 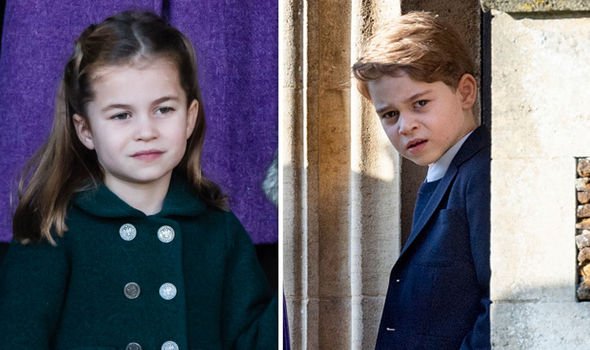 The Closer Weekly insider said the young children have grown in confidence and will one day be suited to run the Royal Family.

The source told Closer Weekly: “George has turned into a confident little boy and loves meeting new people, and Charlotte’s a social butterfly.

“They don’t get nervous in public and are already showing signs of becoming great leaders.

“Louis has a great personality and is an outgoing child, he has a cute cheeky streak, like his sister.”

Body language expert and energy reader Alison Ward revealed how the trio’s personalities will affect them as they take on more royal duties.

She said: “Prince George comes across as a sensitive boy which carries a double-edged sword.

“He is able to read situations and make a good leader yet he will be affected by negativity, rudeness, sharpness and anything that isn’t kind.

“Charlotte on the other hand although also sensitive has a look of calm and order about her. She looks much more confident.

“They are blessed to have such good role models as parents who knows what it’s like to be sensitive too so I’m sure they are in the right hands.”

She added: “I feel they both have an energy of free spirits about them which will be interesting as they mature.”

But despite this assessment, the energy reader said she could not foresee Prince George becoming King.

She said: “Saying all that I can’t see George being King. I just don’t feel it for some reason. Could it be us moving towards a country without a monarch?

“George has a worried look about him too, can you see his face scrunching up and his eyes looking for reassurance? 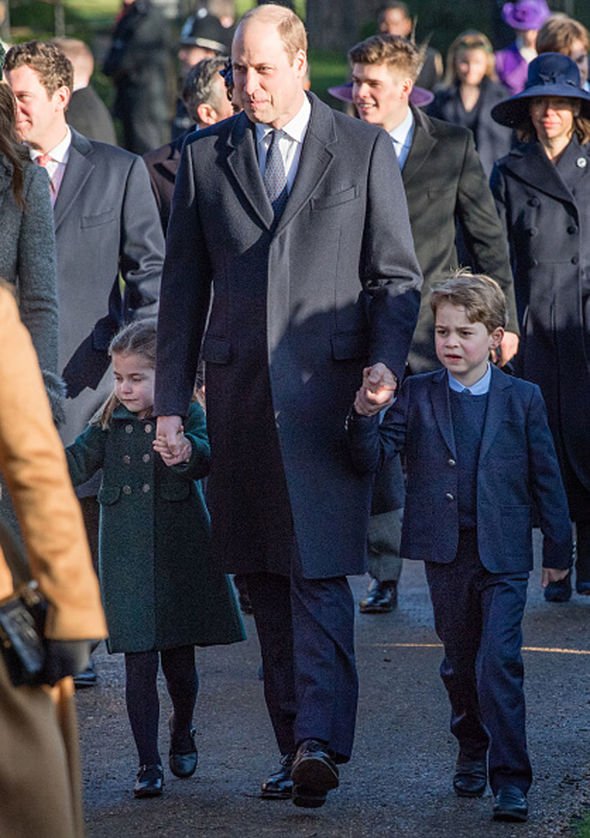 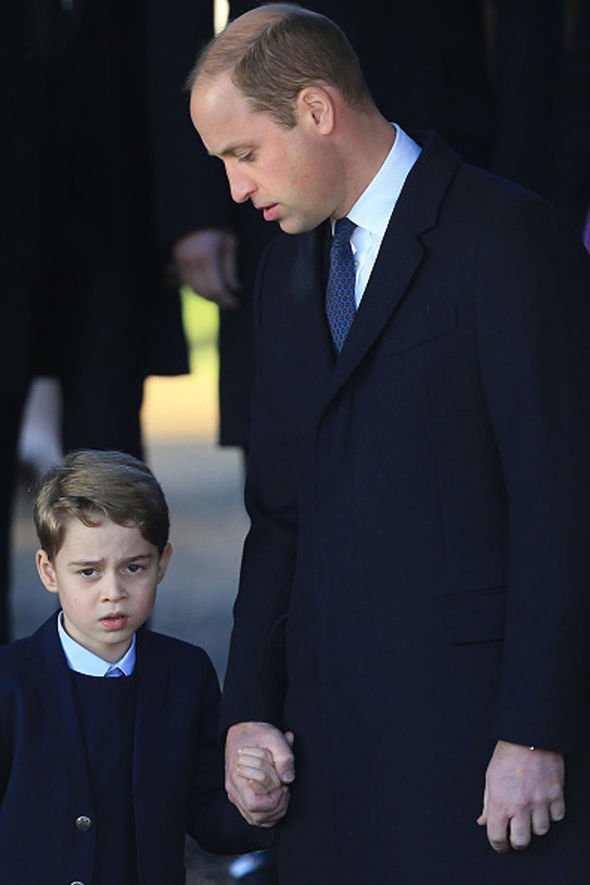 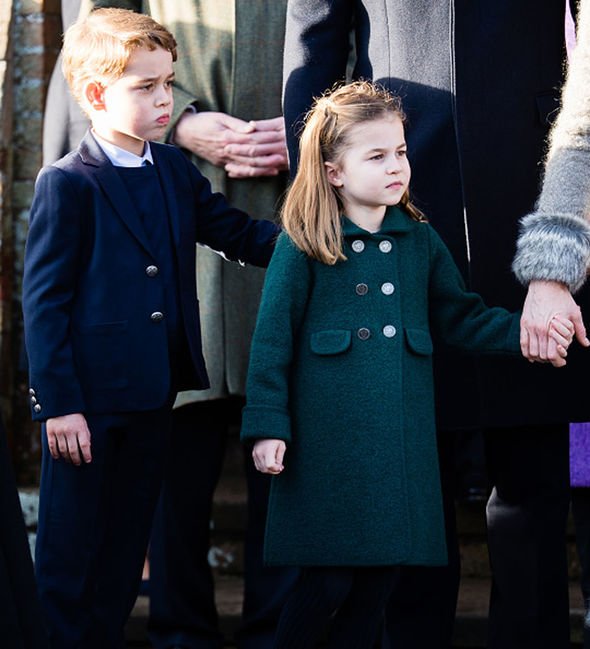 Another thought as to why Prince George may never become King is that the Royal Family is losing support and could one day see the end of the monarchy.

In May 2018, a YouGov and Republic poll found that 16 percent of persons polled would be happy if the monarchy ended after the reign of the Queen, while 55 percent would be disappointed.

In total, 24 percent they would not mind either way and six percent said they did not know how they would feel.

According to the anti-monarchy group Republic this showed that Britain had “stopped being a nation of royalists”.

Republic spokesman Graham Smith said: “This YouGov poll shows a very clear picture of a nation disinterested and apathetic about the Royal Family.”

He added: “We’re told the monarchy’s future is secure. This poll suggests that is in doubt.”

However, the Queen remains a popular member of the Royal Family, with Prince William and Kate seen as equally popular, especially with the 18 to 25 age range.

In a YouGov poll published on January 13, Prince William was voted as the most popular member of the Royal Family at a positive opinion rate of 81 percent, one percentage point ahead of the Queen who was in second place.

These royals were followed by Kate in third place at 76 percent and Prince Harry with 71 percent.

The poll of 1,624 adults in Great Britain found that the least popular Royal Family member was Prince Andrew at 58 percent negative opinion, followed by Camilla Duchess of Cornwall at 44 percent and Meghan Markle at 35 percent.

Given the popularity of the Queen and the Cambridges, it seems likely the monarchy will be safe, but it is not certain, meaning Prince George may not ever become King.