The young prince is said to be “very well grounded” for his age and even helps his mother with chores around the house. However, he is said to be a “daddy’s boy” in both resemblance and interest, particularly the Duke of Cambridge and Prince George’s fondness for sports and helicopters.

In an interview for the latest edition of Us Weekly, a source gave a detailed account of the future Prince as he begins preparing for his role as the future King.

The source said: “He’s very protective of his younger siblings and goes out of his way to help his mother with the household chores, especially when it earns him extra time on electronics!”

The young prince is known to have a strong bond with his siblings, numerous photographs show the family playing together – it has been reported that Princess Charlotte greatly enjoys playing outside with her older brother.

Prince George is also said to be a “hard worker” and “at the top of his class”, although, like all children his age, he may need a “nudge” every now and then to keep him on track. 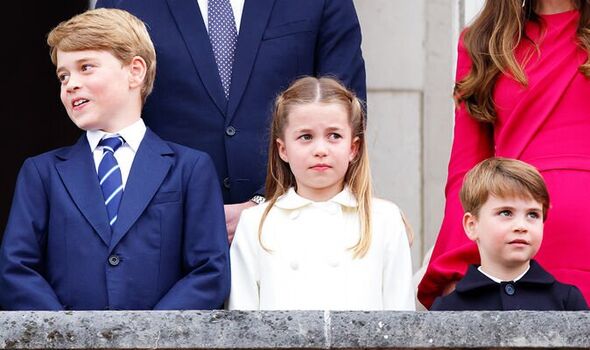 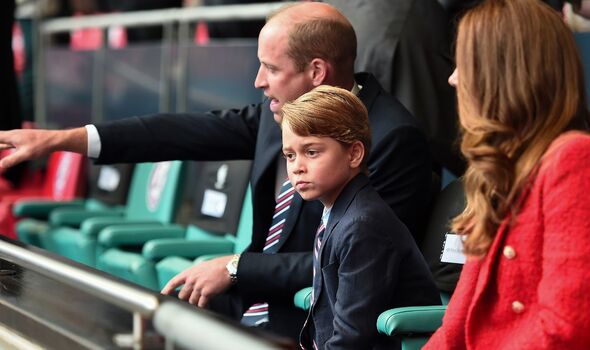 Like his father, he is an avid sports fan, something which he and Prince William bond over. His father was a rugby player, and it seems his love for the game has been passed down to his son.

The source added: “He’s very sociable and can chat for hours about his favourite soccer players, plus he loves rugby, cricket, all forms of sports really.

“He’s definitely a daddy’s boy, it’s not just their physical resemblance, they’ve got a ton of the same interests and hobbies in common – even helicopters!”

The Duke of Cambridge has previously spoken about his sons’ love of football, and lets him root for his own favourite teams – even if that means one day they might be rivals. 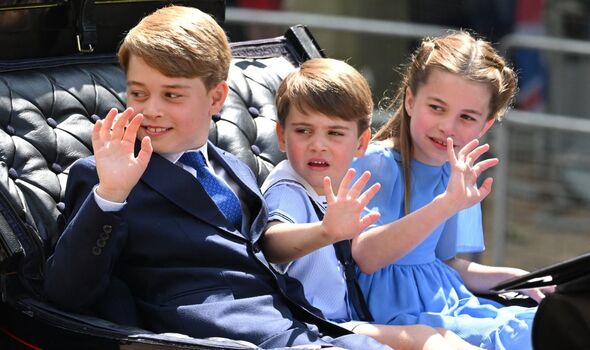 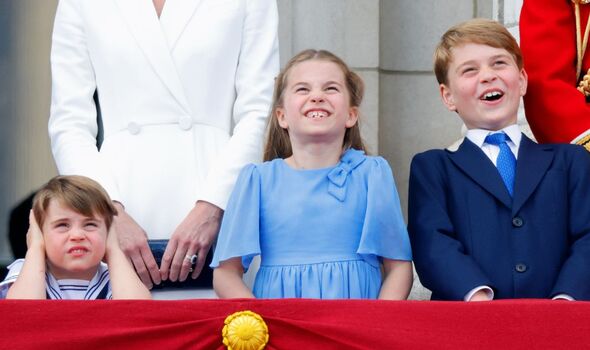 A different source previously told Us Weekly that the young prince understood that he was to be King someday, and that he had taken to the role well.

The source said: “His confidence has grown leaps and bounds over the last couple of years.

“He is assertive, self-assured and knows what he wants, and doesn’t hold back on speaking his mind. His personality is really starting to shine.”

They added: “Prince George is already showing that he has what it takes to be the future King of England.

“Despite the responsibilities he’ll entail in his future role, Kate and William don’t want to see him grow up too quickly. They’re determined to give him as much of a normal childhood as possible and it’s working wonders. He’s such a lovable, down-to-earth little boy.” 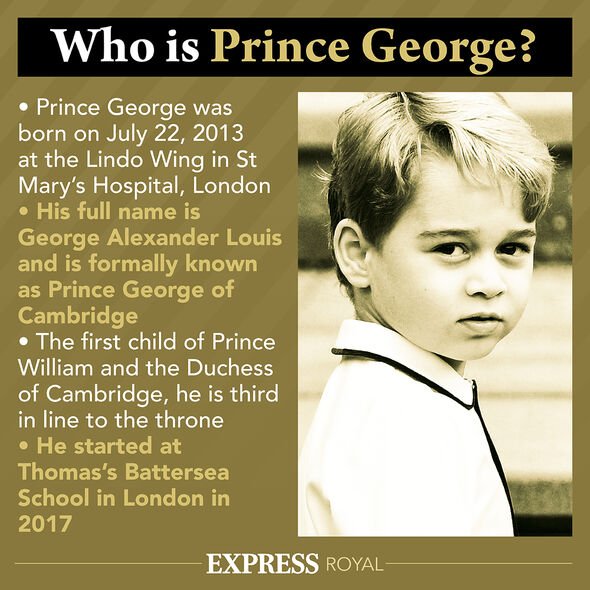 The young prince reportedly borrows history books from his father and loves to hear stories about his ancestors.

Sources say he is interested in the history of the Commonwealth nations, as well as the UK.

Prince George made headlines after he covered his face in embarrassment as his little brother, Prince Louis, squirmed and pulled faces at his great-grandmother’s Platinum Jubilee.

However, always the good sport, the young prince is seen smiling at his younger brother’s antics.