Biographer Tom Bower sat down with TalkTV host Piers Morgan to discuss his upcoming book, Revenge: Meghan, Harry and the War between the Windsors, which is due for release on July 21. During the interview, the pair talked through Prince Harry’s latest appearance, and speech, at the United Nations Headquarters in New York City on Monday. Mr Bower claimed that the Duke’s appearance was for the 37-year-old’s “profile” and to promote any future projects that the Duke and Duchess of Sussex have upcoming.

Speaking to Piers, the author claimed everything that Harry and Meghan do is “built around the future documentary series”.

Piers asked Mr Bower: “Why does he do this, what does he think he achieve by it?”.

Mr Bower replied: “He does it because he needs a profile, that’s the only way they can get money by showing the profile and for Netflix.

“Everything is built around the future documentary series to promote the Sussexes.” 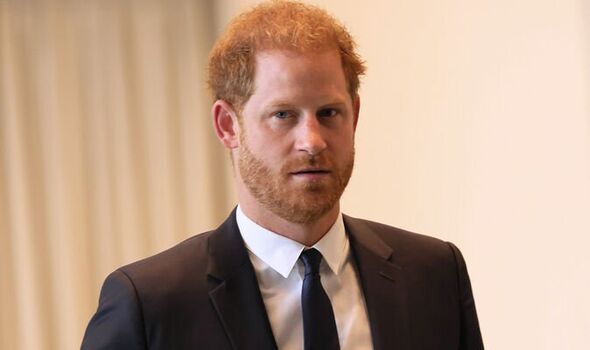 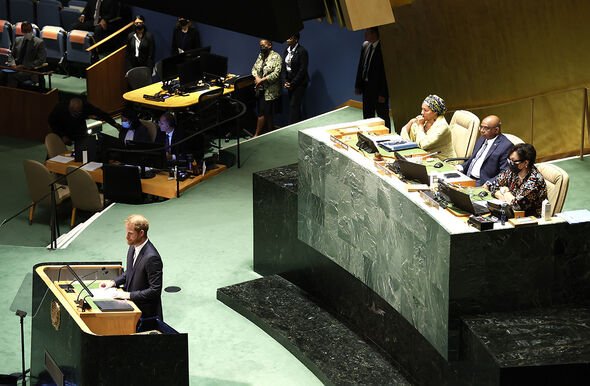 Piers then asked the biographer if the UN should have “avoided using people like Harry”.

Bower said: “Well it was pretty empty the auditorium wasn’t it.

“The UN is quite famous for being a centre of hot air.

“What was unbelievable was Mandela’s legacy was really betrayed by the South Africans and South Africa could have been a completely different country if Mandela had been able to live a few more years.”

“I just thought he really skitted over all the problems of Africa and the self-inflicted problems when he just lives in luxury in Montecito.”

According to Tom Bower’s explosive book, some of Harry’s Etonian friends took a disliking to Meghan upon their first meeting in 2016.

In 2016, at a “shooting party” in Sandringham, Meghan met 16 of Harry’s friends from Eton. 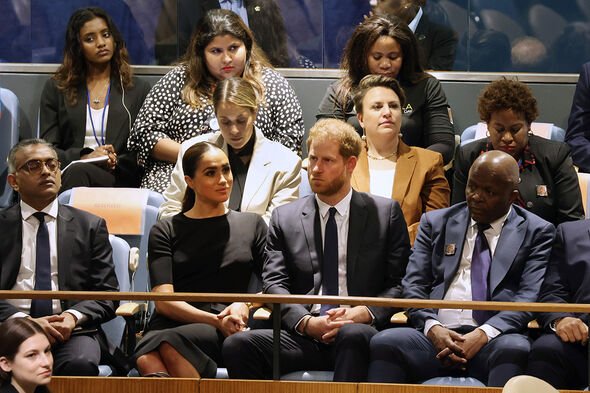 Speaking recently on Jeremy Vine, the Daily Mirror’s associate editor Kevin Maguire said: “The joking banter included sexism, feminism, digs at transgender people and she [Meghan] pulled them up on it”.

It was suggested that Harry “had not anticipated Meghan’s reaction”.

Mr Bower’s book also claims she acted “princessy” around his friends, failed to make an effort from the very beginning of their relationship.