Prince Harry’s time in the UK for the late Queen’s funeral is likely to have “awakened some misery in him”, a biographer has claimed. Tom Bower, who penned royal book Revenge, claimed the Duke of Sussex was an “outsider” and “so cut off” from family.

Harry was not allowed to wear his military uniform at the funeral, and he and Meghan Markle were reportedly uninvited from a state reception hosted at Buckingham Palace the evening before.

Mr Bower told Page Six: “I think the funeral awakened some misery in him that he was so cut off from his family and friends and was an outsider.”

Harry and Meghan, who are living in California after quitting royal duties in 2020, were already in the UK as part of a trip to Europe when the late Queen died on September 8. They returned to the US after the state funeral on September 19. 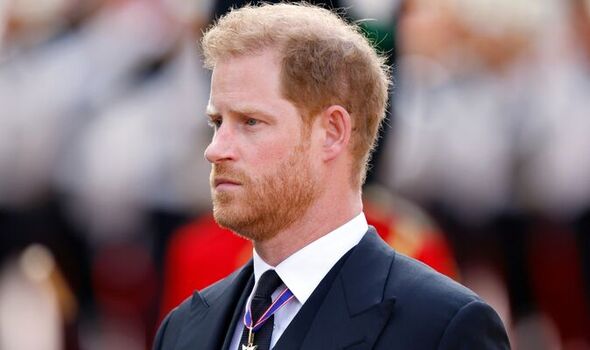