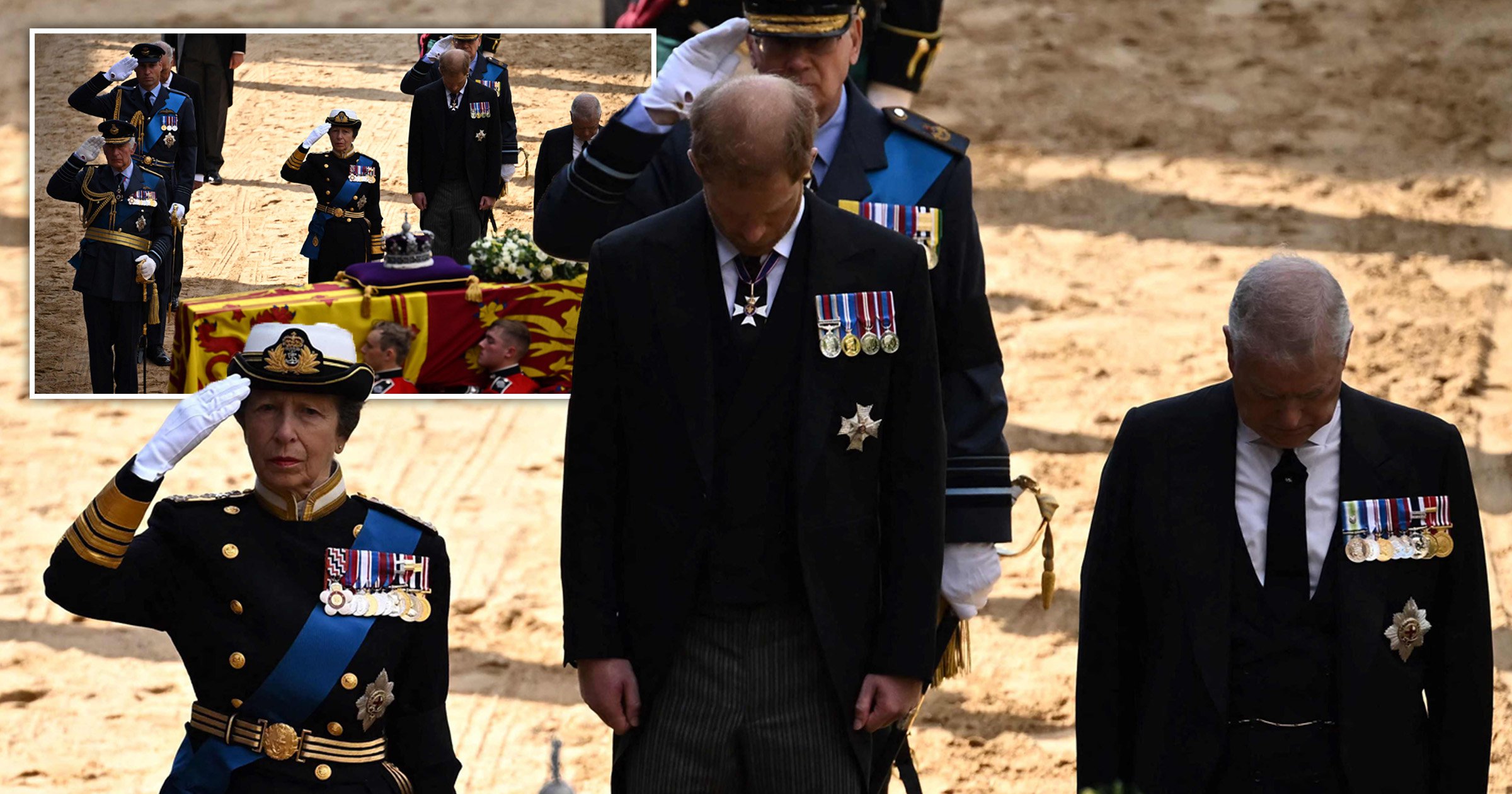 Prince Harry and Prince Andrew bowed their head instead of saluting as the Queen’s coffin was carried into Westminster Hall.

The King and the senior royals saluted as the casket was carried by a bearer party – eight soldiers from Queen’s Company 1st Battalion Grenadier Guards – into the building.

But Harry and Andrew, both of whom were not dressed in military uniform, instead solemnly lowered their heads.

The crowds right outside Westminster Hall had fallen silent as the Queen’s coffin arrived.

But as the procession came to a halt and the band stopped playing, huge applause then broke out.

Earlier in today’s procession, royal family members had saluted as they made their way past the Cenotaph.

Harry again bowed his head while his uncle turned his eyes to the right to look upon the Cenotaph as the procession made its way past.

Both were dressed in suits for today’s historic procession, unlike the grand military uniforms donned by the likes of Princess Anne and Prince William.

Over the last week, there had been speculation on if Prince Harry would be allowed to wear uniform.

A statement issued on behalf of the Duke of Sussex, who saw action on the front line during two tours of duty in Afghanistan, yesterday confirmed he would be in civilian dress.

Only working royals are being permitted to dress in uniform at five ceremonial occasions. Harry and Prince Andrew have been barred as they are not.

A statement made on behalf of the prince had read: ‘His decade of military service is not determined by the uniform he wears and we respectfully ask that focus remain on the life and legacy of Her Majesty Queen Elizabeth II.’

Thousands in London watched on today as King Charles led his family during the sombre procession.

The Prince of Wales had walked directly behind his father in keeping with his place as the new heir to the throne. Prince Harry walked to his left.