Prince Harry and Prince Andrew did not wear military uniform as they took part in the funeral procession alongside other royals this morning.

The State Gun Carriage carrying the Queen’s coffin has begun its journey from the Palace of Westminster to Westminster Abbey ahead of the service at 11am.

The coffin has been draped in the Royal Standard and carries the Imperial State Crown and a wreath of flowers containing plants from the gardens of Buckingham Palace, Clarence House and Highgrove House.

Leading the procession are around 200 pipers and drummers of Scottish and Irish Regiments, the Brigade of Gurkhas and RAF.

Walking behind the carriage are the King and his siblings, followed by the Prince of Wales, Duke of Sussex and Peter Phillips.

As non-working royals, Harry and Andrew did not wear their military garb.

The Duke of Sussex and the Duke of York did wear their uniforms for separate vigils as the Queen lay in state at Westminster Hall.

Andrew joined his siblings on Friday, while Harry took part in a vigil with the monarch’s other grandchildren.

Royal sources said the King decided his youngest son could wear uniform for the vigil alongside his older brother Prince William.

It came after an exception was made for the Duke of York to wear his uniform as a “special mark of respect” for the Queen when he participated in a vigil by her children on Friday evening alongside Charles, Princess Anne and Prince Edward.

Harry and Andrew have been in civilian dress for other official events since the Queen’s death on September 8.

Amid the row over military uniform, Harry’s spokesman previously said: “[Prince Harry] will wear a morning suit throughout events honouring his grandmother.

“His decade of military service is not determined by the uniform he wears and we respectfully ask that focus remains on the life and legacy of Her Majesty Queen Elizabeth II.” 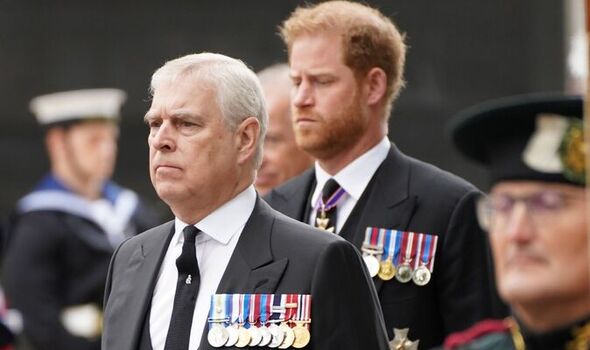 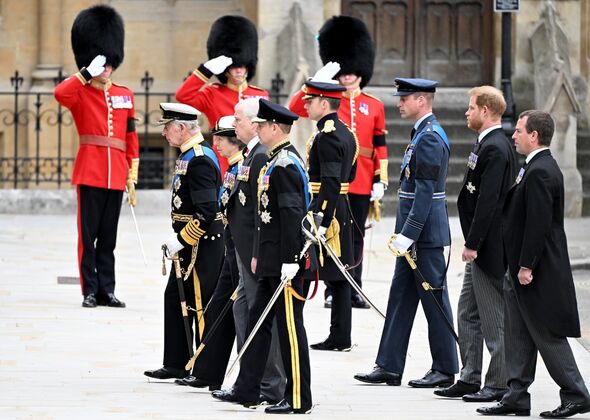