Prince William and Kate Middleton, Duchess of Cambridge, and Prince Harry and Meghan Markle praised each other in twinned Instagram posts yesterday for their joint efforts in launching Shout, a 24/7 crisis support service. Both couples celebrated the work of the charity, that is manned by volunteers to support people across a wide range of issues, including isolation, self-harm, relationships and depression. The move was praised by royal fans, who said it was a “mature” approach to take amid rumours of a deepening rift.

Prince William conveyed a message of unity when speaking at a Shout event yesterday, as he made sure to include Harry and Meghan in a speech praising their joint accomplishments.

Addressing the auditorium at the Troubadour White City Theatre, he said: “Catherine and I, and Harry and Meghan couldn’t be more proud of what Shout has accomplished. We’re hugely proud and hugely grateful to all of you for being part of this.”

Meghan and Harry then returned the favour, by mentioning the Cambridges in their Instagram story when discussing the success of the charity. 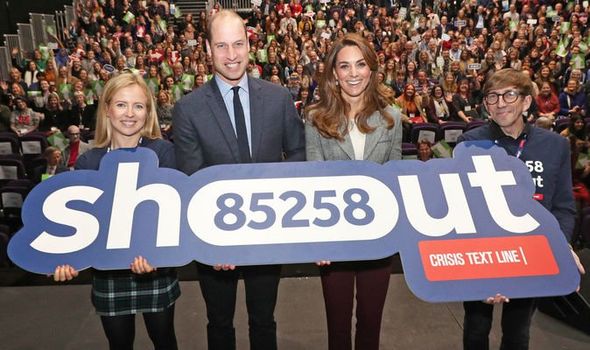 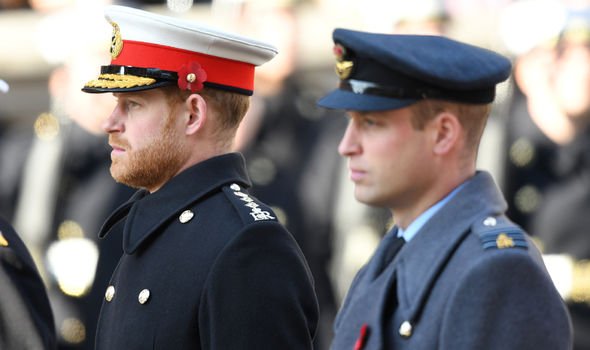 The ‘Fab Four’ launched Shout in May this year and was founded thanks to a grant from the Royal Foundation – the charity enterprise of Kate and William.

Prince Harry first launched the foundation with Prince William in 2009, with Kate joining when she became the Duchess of Cambridge in 2011 and Meghan on becoming the Duchess of Sussex in May 2018.

But Meghan and Harry decided to leave the charity venture in June, to launch their own charitable foundation.

The news of the split was announced earlier this year, with Buckingham Palace confirming that Royal Foundation would now become the “principle charitable and philanthropic vehicle for the Duke and Duchess of Cambridge.” 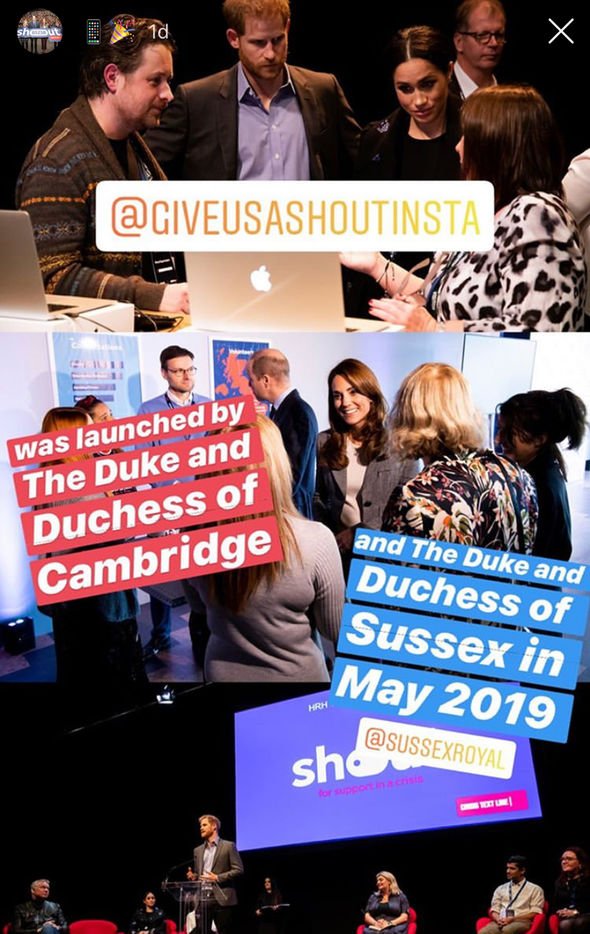 The new charity, yet to be officially launched, will be run from Buckingham Palace.

The Sussexes will continue to be involved in Heads Together, a mental health initiative spearheaded by the Royal Foundation, and its legacy initiatives, including Shout.

Since the charity’s launch in May, Shout 85258 Crisis’ volunteers have had 145,000 conversations via text with people in crisis, exchanging a total of six million messages.

Royal fans praised Kate and William for including Harry and Meghan in the speech and social media posts, calling them “classy”. 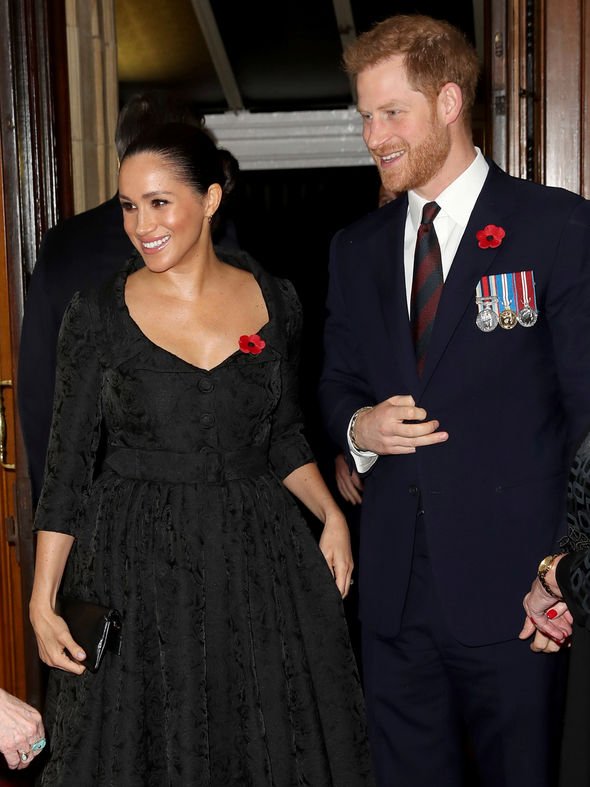 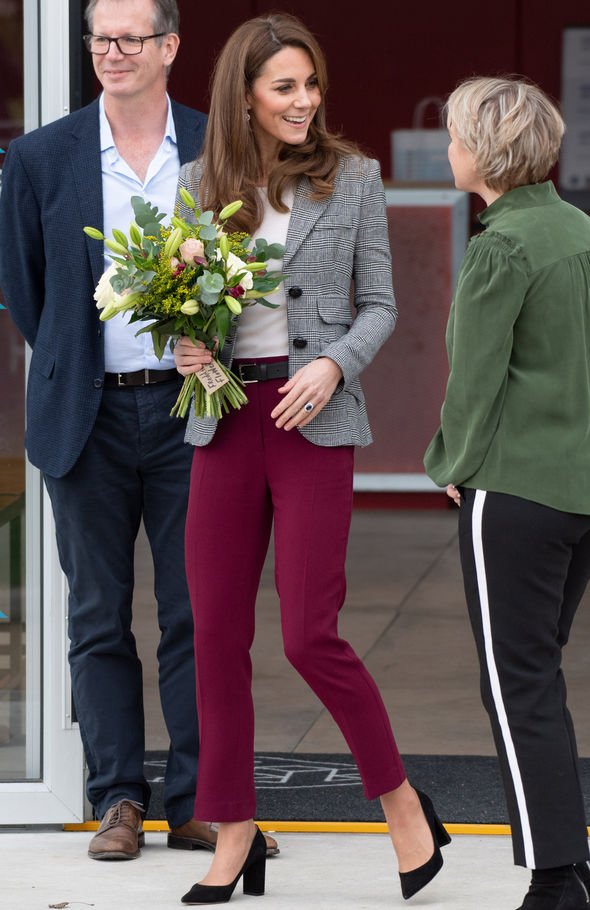 One person said: “Love how you included Sussexes #TeamBoth is extremely proud.”

Another said: “I’m happy that William included Harry and Meghan in this Prince William, thank you for including the Duke and Duchess of Sussex.”

A third wrote: “Love the inclusiveness of Harry and Meghan. Maturity at its peak.” 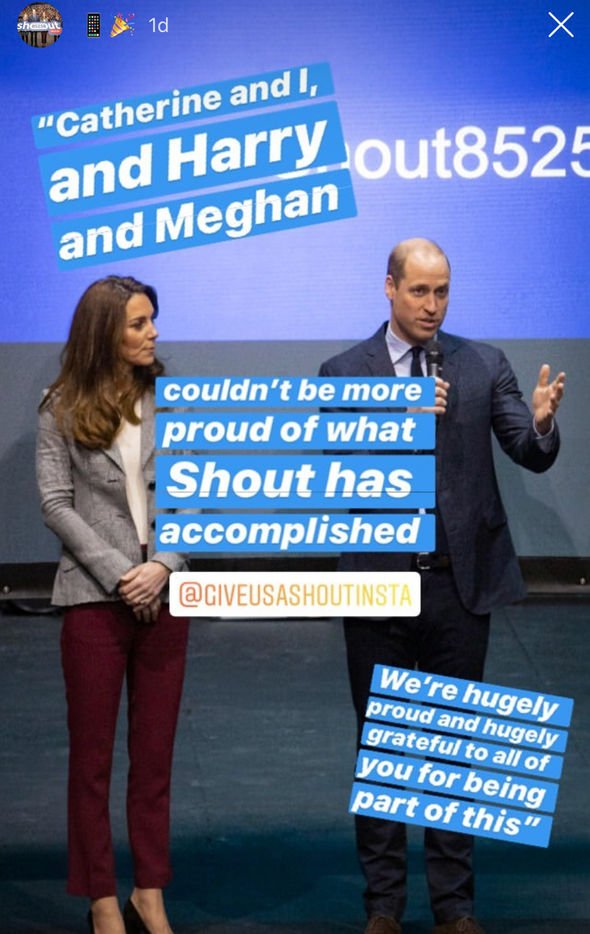 Last month Prince Harry revealed in an ITV documentary that he sometimes has a strained relationship with his older brother.

He said the two royals were “on different paths” and that they have “bad days”.