Prince Harry slammed for 'lecturing' US in UN speech

Prince Harry used a speech at the United Nations this week to bash the US, prompting widespread backlash from American conservatives. In an interview with Piers Morgan, popular Fox News host Sean Hannity said he was “sick and tired” of Harry and his wife Meghan Markle lecturing Americans.  The primetime host said: “One of America’s newest residents Prince Harry is once again bashing the USA, using a recent speech at the United Nations to say this about our great country.”

He then showed a clip of Harry telling the audience at the UN: “This has been a painful year in a painful decade.

“We’re living through a pandemic that continues to ravage communities in every corner of the globe.

“Climate change wreaking havoc on our planet, with the most vulnerable suffering most of all.

“The few, weaponising lies and disinformation at the expense of the many.”

JUST IN: Queen looks glum as she leaves Windsor Castle for Scotland 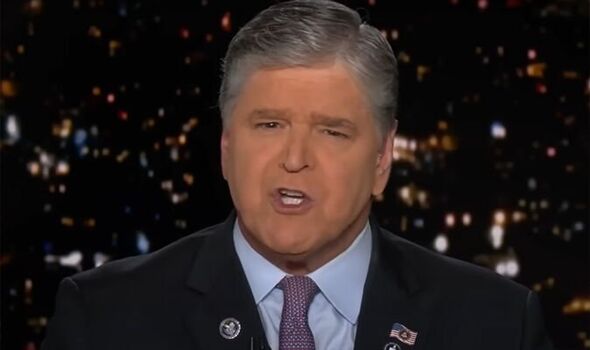 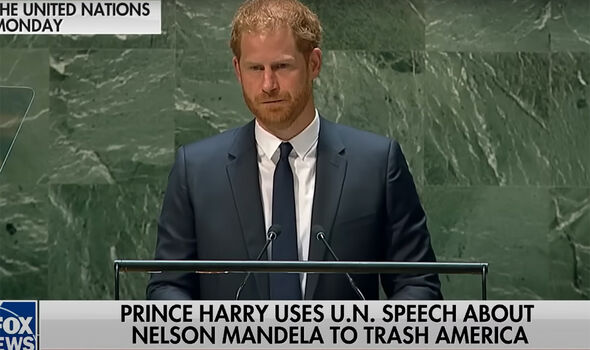 The Duke of Sussex continued: “And from the horrific war in Ukraine to the rolling back of constitutional rights here in the United States.

Mr Hannity furiously condemned the remarks which were seen as a veiled attack on the Supreme Court returning abortion-related authority to state governments via Dobbs v. Jackson.

He said: “Save us the lectures! Those condescending remarks drew widespread mockery for Harry’s complete and total disconnect from reality. 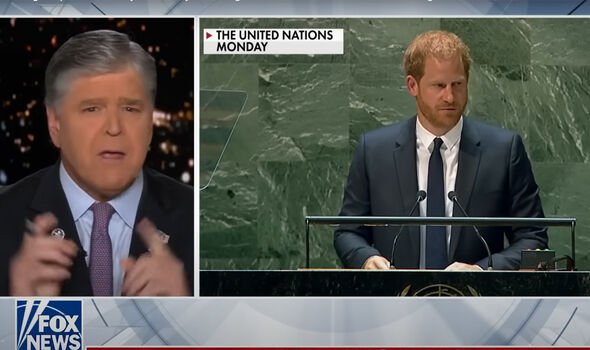 “Harry and Meghan are the same people who say they wanted privacy. So why all the hatred and disdain for the country he is choosing to move to after rejecting royal life in the UK?

“Why all the animosity and hatred for someone who lives such a privileged life?

“I’m sick and tired of this putrid woke lecturing from Harry and Meghan.” 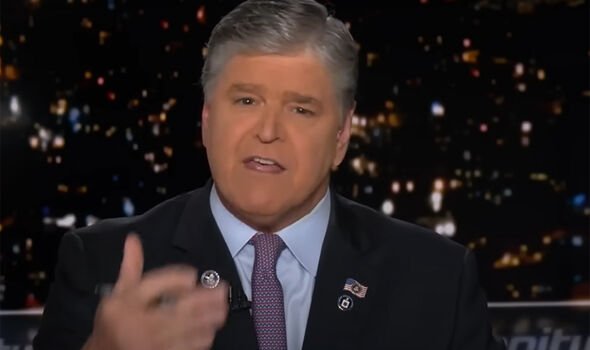 Mr Hannity joked that he would pay for a private jet to send them back to the UK.

Other conservative voices, including several politicians, also criticised the Duke.

Columnist Eddie Zipperer tweeted “If you owe everything you have in life to the title of nobility that was bestowed on you at birth, you should feel free not to lecture anyone about democracy and freedom.”

Harry previously faced accusations of interfering in US politics when he branded the First Amendment – the right to free speech – “bonkers”.