Prince Harry and Meghan urged to 'stand back' by commentator

Royal author Angela Levin hit out at the Duke of Sussex after he discussed privilege during a podcast interview. Harry, who is living in an £11million mansion in California with Meghan Markle after quitting royal duties last year, insisted “you may start in one place but that will change over time”.

The Duke also claimed he is now “more free” in America after being forced to pretend not to know Meghan when they met up in a London supermarket in the early days of their romance.

But Ms Levin, who has penned a biography on Harry, took to Twitter following his comments.

The royal author pointed out the Queen’s grandson is living in a home that is said to have 16 bathrooms. 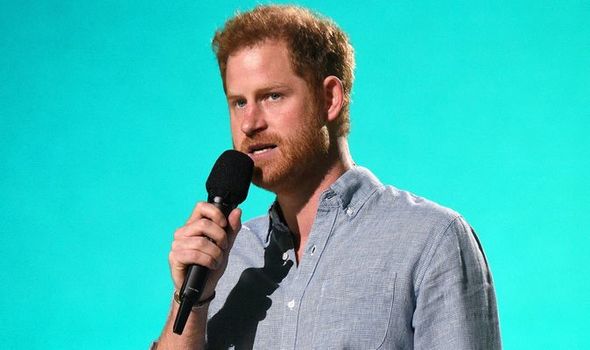 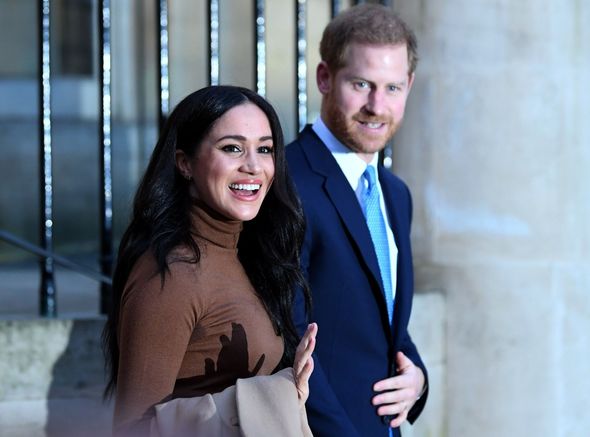 “Reveals he and Meg pretended not to know each other in a supermarket and that although he was born into privilege now believes ‘you may start in one place but you can change in time’.

“So his 16-bathroom home isn’t privilege?”

Speaking on the podcast Armchair Expert with Dax Shepard, Harry said: “If Oprah is at one end, I am on the other based on my privilege and upbringing.

“And Oprah’s at the opposite end, then every single one of us is somewhere along there.

“By the way I truly believe you can move along the spectrum as well – wherever you were born you may start in one place but that will change overtime.”

Discussing meeting up with his future wife in a supermarket in the early days of their relationship, Harry said he now felt “more free” as the couple start new lives across the pond.

He said: “The first time Meghan and I met up for her to come and stay with me, we met up in a supermarket in London, pretending as though we didn’t know each other, texting each other from the other ends of the aisle.

“There were people looking at me, giving me all of these weird looks, coming up to say hi or whatever but there I am texting her whilst we’re shopping, asking if this is the right thing and she’s replying ‘No, you want the parchment paper’. 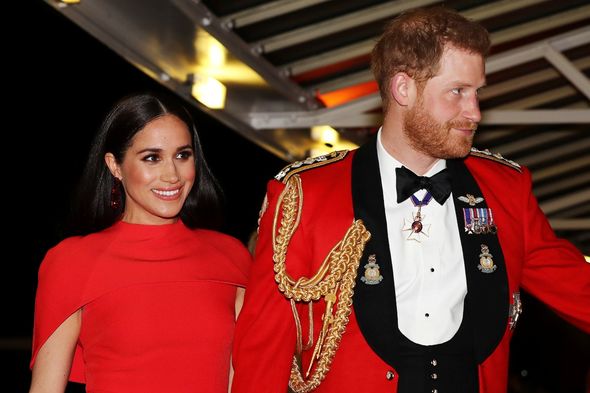 “It was nice with a baseball cap on looking down at the floor, walking along the street and trying to stay incognito.

“Not sure how many times I’ve done that, trying to walk down the street and stay incognito is like ‘whoa signpost, someone’s dog’, it’s amazing how much chewing gum you see and how many shoes.

“So living here (in Los Angeles) now I can actually lift my head and I feel different, my shoulders have dropped, so have hers, you can walk around feeling a little bit more free, I can take Archie on the back of my bicycle, I would never have had the chance to do that.”

Harry also made the astonishing claim that living as a member of the Royal Family was “a mixture between The Truman Show and being in a zoo”. 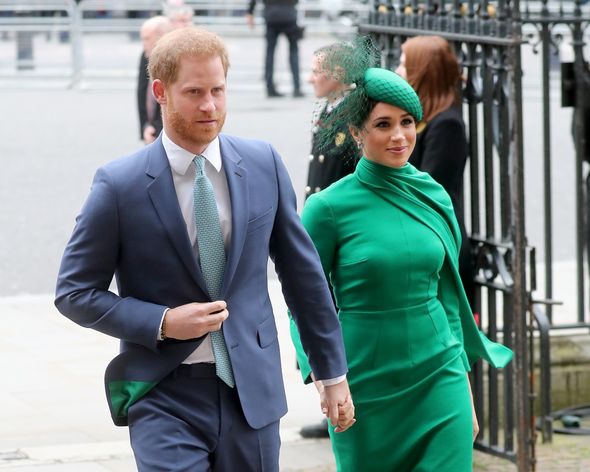 Asked if he felt like he was “in a cage” when carrying out royal duties, he said: “It’s the job, right? Grin and bear it. Get on with it.

“Look at what it did to Mum, how am I ever going to settle down and have a wife and family when I know it’s going to happen again?

“I’ve seen behind the curtain, I’ve seen the business model and seen how this whole thing works and I don’t want to be a part of this.”

The Duke and Duchess of Sussex quit as working royals in March 2020 for new lives of personal and financial freedom.

The couple have swapped their Windsor home for a mansion in Montecito.

Their new careers outside of the Royal Family include lucrative deals with Netflix and Spotify.