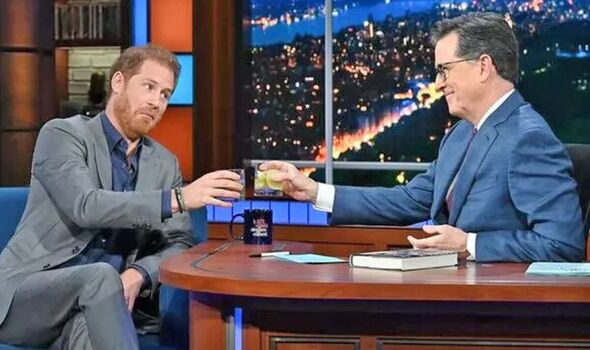 Mr Colbert asked the Duke of Sussex directly if such a campaign had been launched.

He said: “Do you think right now there is an active campaign by the rest of your family, by the Royal House as it were, to undermine this book and you?”

In response, the Duke said: “Yes, of course, and mainly by the British press…”

Mr Colbert interrupted by asking: “But aided and abetted by the Royal House?”

The Duke said that that was the case but that he was now presenting his side of the story.

He said: “Again, of course, but this is the other side of the story after 38 years.