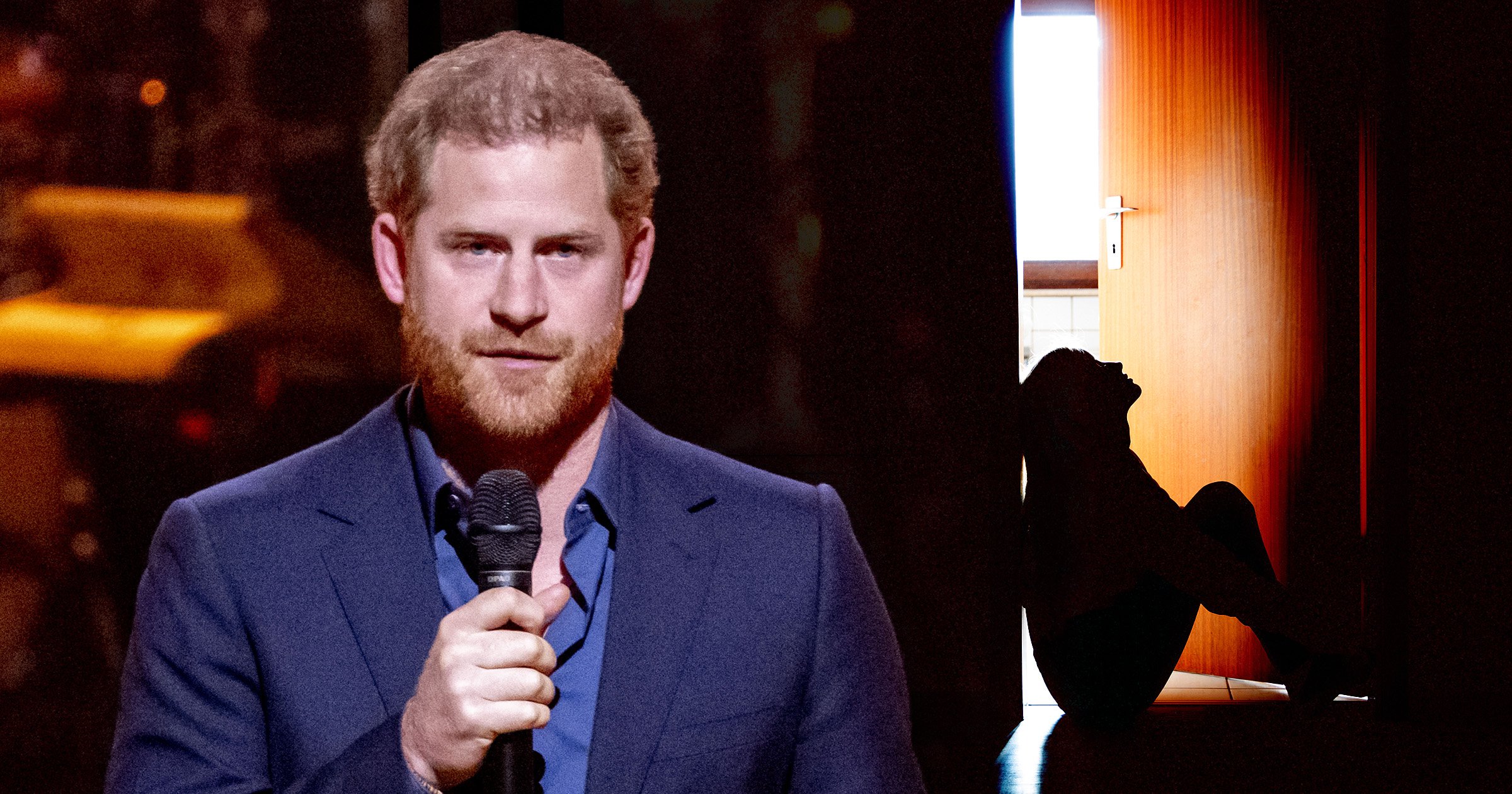 Hoping to change the dialogue, the Duke of Sussex applauded California’s ‘I’ll get my therapist to call your therapist’ mindset during a new podcast.

After returning from the Netherlands, where he staged the Invictus Games, Harry revealed how he became convinced of the importance of mental health after he visited military barracks in London.

There, he witnessed a soldier ‘physically shaking’ and ‘visibly suffering’ as a result of PTSD.

Listening to the stories of servicemen, the royal said, ‘I started to realise parts of my own story were being mirrored or reflected in that’.

Speaking to the Masters of Scale with LinkedIn co-founder Reid Hoffman podcast, he added: ‘99.9% of people on planet Earth are suffering from some form of loss, trauma or grief.

‘It doesn’t matter what age you are, but the majority of us have experienced a lot of that in our younger years, therefore we’ve forgotten about it.

‘Now, the body doesn’t forget, the body holds the score as we know.

‘And, therefore, just as much as there’s a mental health aspect to it, there’s also the emotional aspect to it as well.

In his 20s, Harry developed panic attacks, and has previously admitted to self-medicating with alcohol and drugs to cope with the trauma of his mum’s death.

His wife Meghan Markle has also opened up about her depression and suicidal thoughts in the past.

Mr Hoffman, the host, described the ‘sometimes uphill battle’ the duke is said to have faced while talking about mental health in the UK.

‘You talk about it here in California, “I’ll get my therapist to call your therapist”.

Harry appeared on the podcast as the chief impact officer role for BetterUp, a coaching and mental health company.

His job, he said, was as ‘driving advocacy and awareness for mental fitness’.

Earlier this month, BetterUp announced it is partnering with the Invictus Games Foundation to ‘become the official mental fitness coaching tool for international members of the Invictus community’.