Prince Harry “wasn’t looking too happy” as he appeared at the Trooping The Colour event this weekend to celebrate the Queen’s official birthday, the royal expert for the Daily Mirror has claimed. The Duke of Sussex was joined by his wife, Meghan Markle, who made her first public appearance since the birth of the pair’s first child, Archie Harrison. Speaking on ITV’s Lorraine, royal expert, Russell Myers explained Prince Harry had been “suffering” from a lack of sleep following the birth of his son.

He said: “Poor Harry, he wasn’t looking too happy. I think lack of sleep I imagine.

“Doria has gone now, Meghan’s mum, she has gone back to the US.

“They still haven’t found a nanny so poor Harry, he’s suffering from lack of sleep.

“But, we do know he is being quite hands on.” 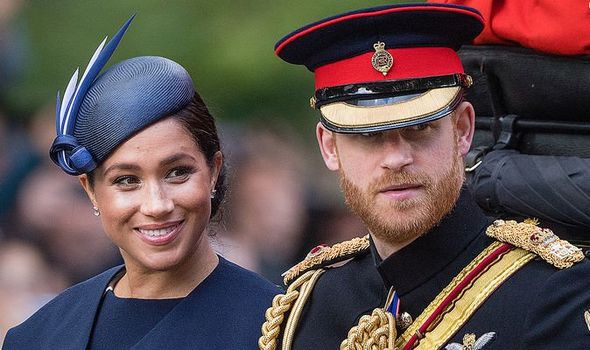 Host Lorraine stepped in adding “that’s what happens when you are a dad”.

Meghan and Prince Harry attended the Trooping The Colour ceremony on Saturday, as did Prince William and Kate, the Duchess of Cambridge.

Body language expert Judi James claimed the Duke of Sussex did not appear to be in a good mood at the event. 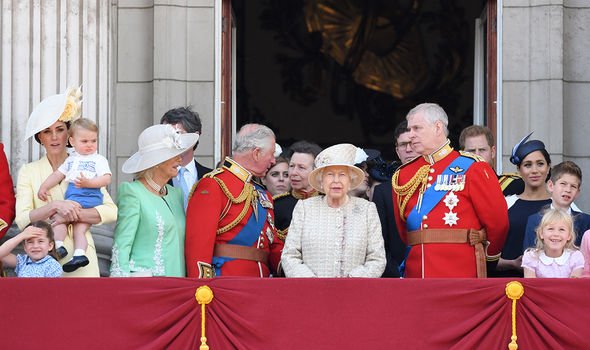 James said: “Harry was wearing the blank but slightly wary expression he’s been seen doing a lot of recently.”

Adding: “Harry’s default facial expression always used to be a rather naughty-looking grin and it seemed to take an effort to compose it into a more serious look for state occasions.

“These days though, the responsibilities of fatherhood and all the rumoured rifts with his brother do seem to have left him with what looks like almost the opposite problem.”

Meghan and Prince Harry welcomed their firstborn into the world on May 6.

Baby Archie remains out of the spotlight and if recent royal births are anything to follow, it could be a while until Baby Sussex’s next public appearance, with his christening likely to be the next sighting.

During the Trooping The Colour celebrations, the Queen was paraded down the Mall to Buckingham Palace before watching the Red Arrows fly overhead. She was escorted by members of the Household Cavalry.