Travalyst, Harry’s sustainable tourism initiative, has just released a report on how the industry can build back after the coronavirus pandemic in a more sustainable way. In his forward for the report, the Duke of Sussex acknowledged the devastating impact the pandemic has had on communities that rely on tourism all over the world. However, he also paints a positive picture of how, by working together, the industry can build a new foundation by which travel can continue, but without such a negative impact on the environment.

Last year, Harry held a Global Summit in which he encouraged the travel industry to “build back better”.

This was a notable phrase because it was actually Mr Biden’s presidential campaign slogan at the time.

Some viewed this as a nod to the Democrat, who Harry has met in person multiple times at the Invictus Games. 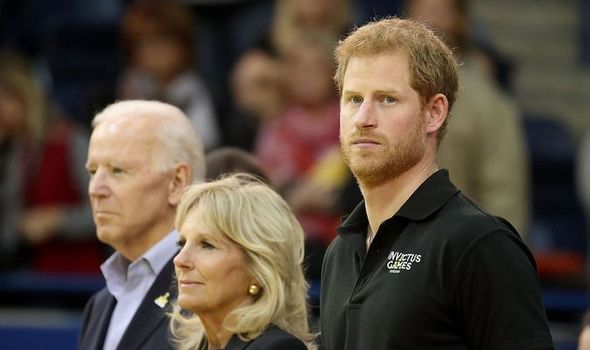 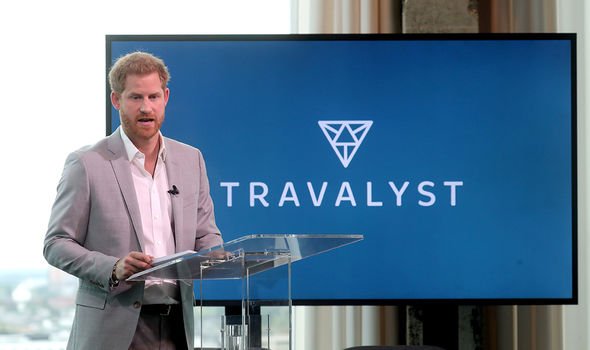 Harry said in the online Travalyst event: “There is a long road to recovery ahead, we all know this.

“But it is undoubtedly an opportunity for us to work together and build back better.”

This was eerily similar to Mr Biden’s rhetoric around his plan for the US’ economic recovery during his election campaign. 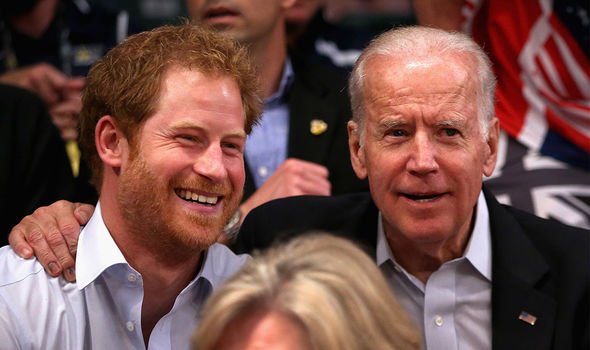 His campaign website had an entire page dedicated to the ‘Build back better’ plan.

It read: “In this time of crisis, Joe Biden has a plan to create millions of good-paying jobs and to give America’s working families the tools, choices and freedom they need to build back better.”

However, Harry’s language in this latest report is slightly different from his speech last year, with this exact phrase carefully avoided, although the Duke appears to dance around it using very similar phrases. 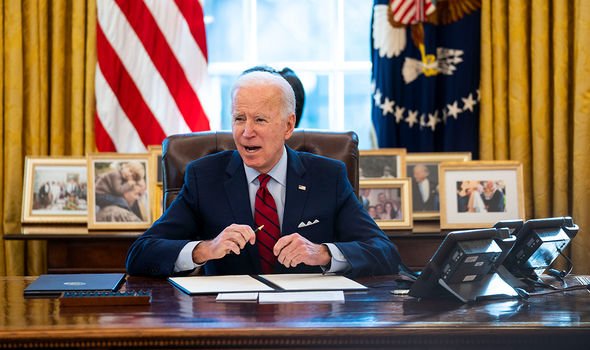 He wrote: “Right before us, there is an opportunity to do things differently, do things better.”

Later, he added: “And as the bricks of rebuilding are laid, Travalyst will take a deliberate and dynamic approach.”

Finally, he concluded: “Together we have a responsibility ‒ and opportunity ‒ to rebuild for a more sustainable and equitable future our world needs, our children deserve, and where generations not-yet-born can continue to explore and enjoy the beauty and benefit of this home we share.”

Later on in the report, the phrase “build back stronger” is used in relation to industry adaptability and innovation.

Prince Harry’s military links are ‘important to him’ says expert

It is unclear whether the similarity between Harry’s speech at the Global Summit and Mr Biden’s slogan was intentional or not, but it is noteworthy that he is no longer using it now it has been pointed out.

Both allude to the idea of rebuilding economically after the pandemic but suggesting that when this is done there should be vast structural changes to ensure that the final product is different ‒ and better ‒ to how it was before the pandemic.

Harry highlighted a partnership with international sustainability non-profit Forum for the Future, which has established a new framework that identified four developing pathways as the world moves through the pandemic.

These are discipline, compete and retreat, unsettled, and transform.

These four pathways are used throughout the report as four different potential outcomes.

Meanwhile, Mr Biden has laid out a decisive plan to rebuild the disseminated economy which includes $700billion investment in procurement and research and development for new technologies such as biotech, clean energy and artificial intelligence.

He posited that his plan would create five million new jobs.

He also outlined that the federal government would always “Buy American” to support jobs.

What’s more, the now-President emphasised his plan to boost the corporate tax rate back up to 28 percent, after Republican tax cuts lowered it to 21 percent in 2017.

These policies are all intended to boost the economy and make it more fair post-coronavirus.