Prince Harry, 36, has launched another series of digs against the royal household while speaking about his mental health in his ‘The Me You Can’t See’ Apple TV + series with Oprah Winfrey. After Harry and Meghan’s bombshell interview with the US chat show host aired in March, Queen Elizabeth II, 95, released a statement saying the Royal Family would deal with issues raised in private – an order Harry seems to have since ignored.

According to one royal commentator Harry seems intent on “deliberately harming the monarchy” by ignoring the Queen’s wishes and continuing to air his dirty laundry in public.

Royal commentator Richard Fitzwilliams told Express.co.uk: “In the interview on Oprah, Harry said that of the Queen, ‘She is my Colonel-in-Chief, right? She always will be’.

“He insisted that their relationship had never been stronger.

“He is also perfectly well aware that the Queen said in a statement after the interview by the Sussexes on Oprah that issues raised by them ‘will be addressed by the family privately’.” 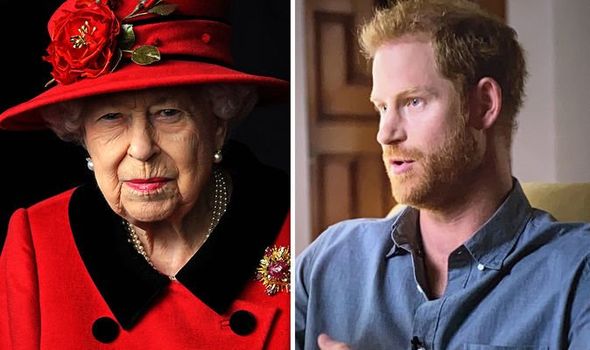 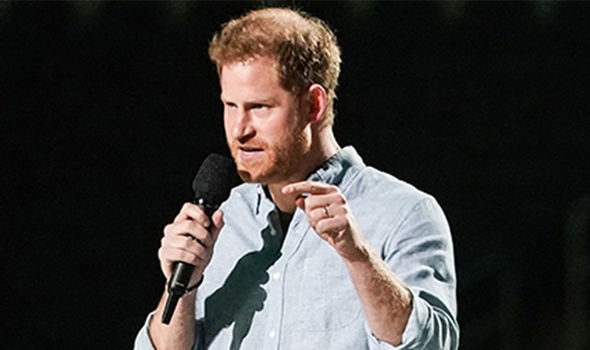 Mr Fitzwilliams added:  “In once again baring his soul, in a series on mental health with Oprah, The Me You Can’t See, he has highlighted his unhappiness with royal life.

“He is doing the reverse of what the Queen wanted and deliberately harming the monarchy.”

Harry has been open about the impact his mother Princess Diana’s tragic death had on his mental health but his attacks on his upbringing will be “very damaging”, Mr Fitzwilliams warned.

The expert said: “It is impossible not to sympathise with the way his mother’s tragic death affected him.”

Prince Harry has ‘shot himself in the foot’ after sparking US fury [INSIGHT]
Royal POLL: Should Royal Family apologise to Prince Harry and Meghan? [POLL]
Palace braces for fresh chaos as Harry to make appearance on TV today [VIDEO]

Mr Fitzwilliams added: “However, his attack on his upbringing by his father and his claim that he was ‘bullied into silence’ when he felt trapped as a senior working royal will be very damaging.”

Harry also brought up the issue of race while speaking to Oprah, having previously raised it during their CBS interview in March.

He compared his and Meghan’s interracial relationship to Diana’s with Dodi Fayed.

Mr Fitzwilliams said: “Again, he brings up the toxic issue of race, linking racism aimed at Meghan, with that experienced by his mother when she was dating Dodi Fayed.

“It is indeed tragic that Meghan felt so pressurised she had suicidal thoughts and he describes this episode in more detail.”

Prince Harry is due to return to the UK this summer to unveil a new statue of Diana commissioned by him and Prince William at Buckingham Palace. 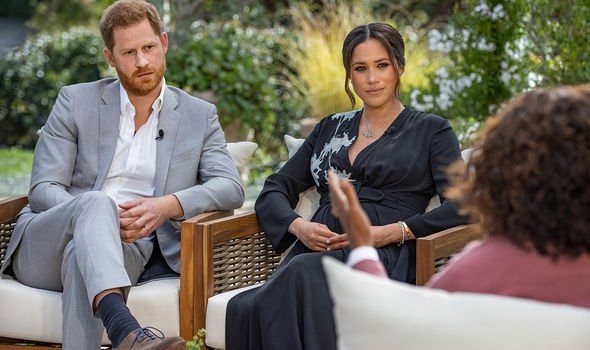 Relations between the two brothers have been tense in recent months and while they united in condemning Lord Dyson’s recent report into the mishandling of the BBC’s 1995 Panorama interview with the princess, the reunion could be “nightmarish.”

Mr Fitzwilliams added: “How those in the Royal Household, planning for the unveiling of a statue to Diana on what would have been her 60th birthday on July 1, are anticipating the event when William and Harry are together, can only be imagined.

“It is perfectly clear that, although the brothers spoke with one voice reacting to the Dyson Report into how Diana was deceived into giving the interview on Panorama, it is hard to see how there can be a reconciliation when they are so obviously on different paths.

“Also when any private conversations are reported publicly as attempts to reach out to Harry after Oprah were, by Gayle King and when Harry’s visit to attend Prince Philip’s funeral was, by Omid Scobie.

“The world will watch the unveiling in July, but handling it with Harry as outspoken as he currently is, could be nightmarish.”