Royal experts Chris Ship and Lizzie Robinson defended Prince Harry’s decision to take the Mail on Sunday to court over an article while speaking on the Royal Rota. The pair insisted that both Meghan and Harry are no longer constrained by the Royal Family and are free to take legal action when they see fit. Prince Harry launched a libel claim against the Mail on Sunday after an article claimed the Duke had turned his back on the Royal Marines.

The Duke of Sussex has since won an apology and substantial damages from the Mail on Sunday.

Mr Ship reflected on whether Prince Harry would have had been able to so vigorously hit back at stories by the media if he was still a senior royal.

He said: “Imagine if Prince Harry was still in the Royal Family right now, would he be able to take that same action?

“I think this is him exercising the freedom that he has by not being in the Royal Family. 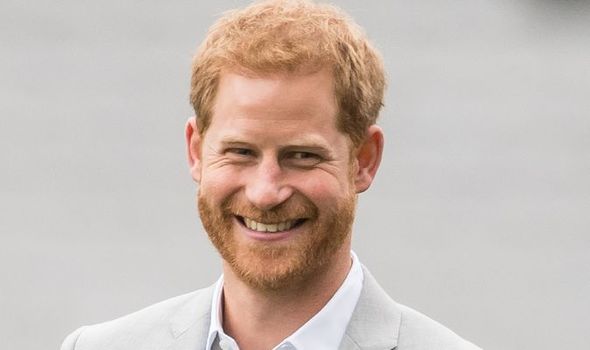 “He doesn’t have to think about what other members of the Royal Family might think about his legal action.

“He also doesn’t have to worry about what palace officials might think about the legal action.

“He doesn’t have to think about the damage it might do to the relationship between the Royal Family and the press.

“That is part of everything Meghan and Harry consider when they decide whether or not to take legal action.

“He is out of that box now and is able to do as he pleases, as is Meghan when it comes to legal action.”

Ms Robinson closed by stating the royal couple had made it clear they would not shy away from taking legal action going forward.

She said: “We have seen numerous court cases from the pair of them over the last 12 months.

“I think it sets a precedent, they are saying we just won’t take it and we will take you to court.”

Meghan is taking legal action on the grounds of privacy and copyright breaches after the Mail on Sunday published handwritten letters to her father from her without her permission.