Prince Harry, 36, has openly spoken about the huge impact his mother Princess Diana’s death had on his mental health and recently admitted to turning to drugs and alcohol in his late 20s and early 30s in order to cope with emotional turmoil. Royal expert and author of Prince Harry: The Inside Story has claimed the prince was “furious” about not being able to pay a personal tribute to his mother after the findings of her inquest were published in April 2008.

Writing in the Mirror, Mr Larcombe claimed Harry was “drinking to oblivion” in the days following Diana’s inquest.

He said: “Something was not right with Harry. He was visibly rocking backwards and forwards on his feet.

“Under his arm was a piece of plastic pipe taped at one end by a large funnel.

“At one point Harry kneeled down, put the other end of the pipe in his mouth as a pal poured two pints of bitter down his neck.

“Even by Harry’s standards, this was a young royal drinking to oblivion.” 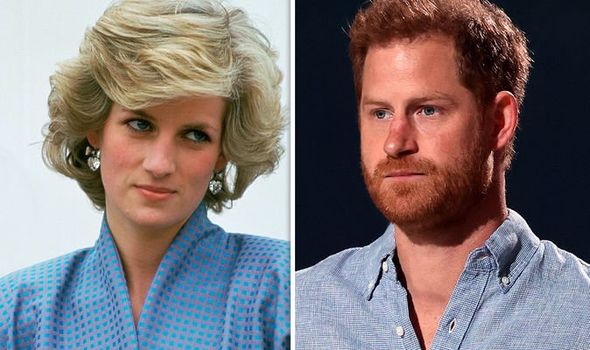 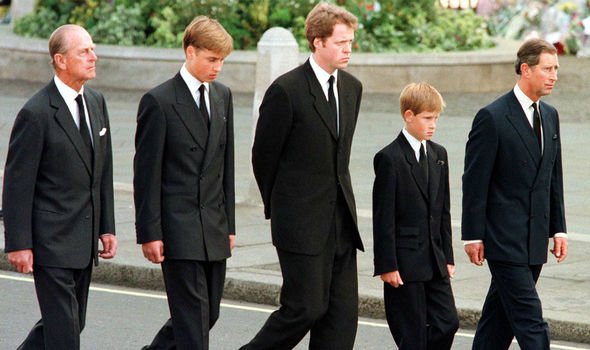 Harry was “furious” at the official statement put out by the Firm on his behalf and felt he had been “forced into silence”, Mr Larcombe claimed.

He said: “Harry was furious at the official statement his ‘father’s people’ had issued on his behalf, welcoming the inquest findings.

“As far as he was concerned he’d been forced into silence, denied the chance of paying a personal tribute to his beloved mother.”

Mr Larcombe went onto describe how he asked Harry why he hadn’t overridden the Firm and released his own tribute. 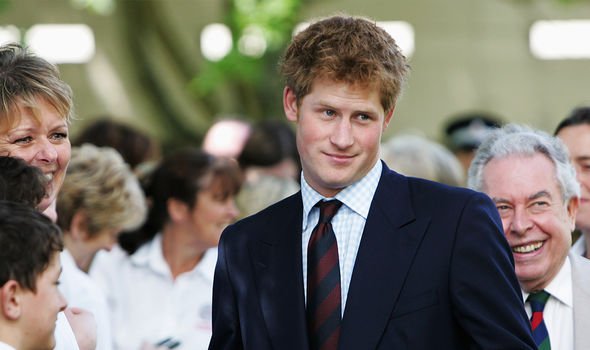 The author wrote: “When I plucked up the courage to ask him why he had not simply instructed the men in grey suits to issue a statement he was happy with, his answer remains ingrained in my memory.

“‘Because they don’t work for me, they work for my father,’ Harry barked back.”

Speaking in his new Apple TV + series with Oprah Winfrey, Harry confessed to turning to drugs and drink to cope with anxiety in his late 20s.

Speaking in ‘The Me You Can’t See’, the Duke said: “I was willing to drink.”

“But I slowly became aware that okay I wasn’t drinking Monday to Friday, but I would probably drink a week’s worth in one day on a Friday or a Saturday night.

Mr Larcombe claimed he can “vouch for” Harry’s admissions and said: “Most people thought he was just Harry being Harry, enjoying a drink, a party a good night out.” 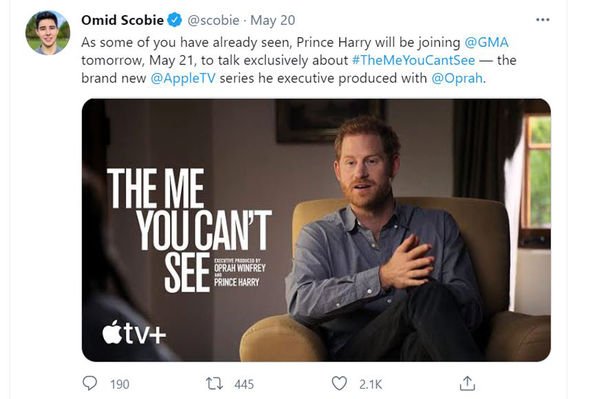 The author added: “But in reality, so much of Harry’s infamous hell-raising had a very different meaning to the young Royal.

“Whatever the public’s current view of Harry, the once-popular Royal did have to cope with a great deal before he met Meghan.

“Senior royals are horrified by his very public sessions in the psychiatrist’s chair.

“But they would do well to remember the role they played in letting their star act suffer in silence for so many years.

“Can they really blame Harry for wearing his heart on his sleeve, after all that’s the reason he held a special place in the hearts of the public since the age of 12.”