In 2018, Prince Harry and Elton John launched MenStar Coalition with the aim of ending the AIDS epidemic by 2030. It aims to “engage men in new and innovative ways to break the cycle of HIV transmission”. In a post from Elton John AIDS Foundation, it was revealed that the pair had “trebled” their initial goal.

A spokesperson for the foundation tweeted: “In the four years since Elton John and Prince Harry, The Duke of Sussex launched Men Star at #AIDS2018, we’re proud to announce that the coalition of partners have trebled our initial goal and enabled three million men to start lifesaving HIV treatment.

“95 percent of these men are now virally suppressed meaning they can’t pass the virus on!

“Men Star has given us invaluable insight into the barriers to HIV treatment for men and will help inform future strategies on reaching the most vulnerable communities.”

Royal fans have been praising the Prince for his efforts, with one tweeting: “This is the power of H&M.” 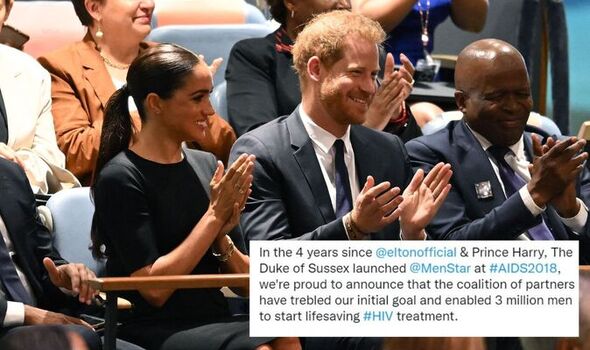 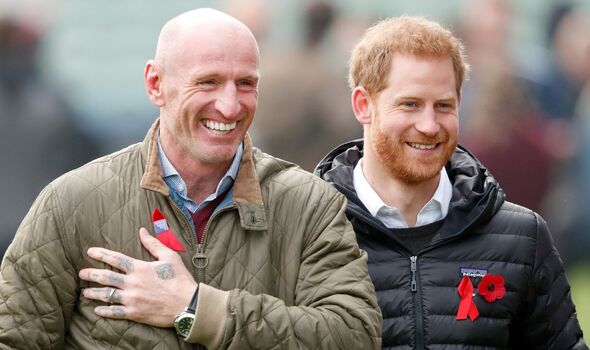 Another said: “Prince Harry is involved with all things good and positive.”
Prince Harry and Elton John launched the £1billion coalition at the AIDS Conference in Amsterdam four years ago.

Elton John has long been an advocate for ending the AIDS epidemic, with the singer launching the Elton John AIDS Foundation in 1992.

The MenStar Coalition is backed by a number of organisations, including the Children’s Investment Fund Foundation, Gilead Sciences, Johnson & Johnson, Pepfar, The Global Fund to Fight AIDS, Tuberculosis and Malaria, and Unitaid.

Clifford M. Samuel, Senior Vice President at Gilead Sciences, said: “The MenStar coalition is about partnership. Between major public and private donors. Between skilled experts from medicine to distribution and consumer marketing. 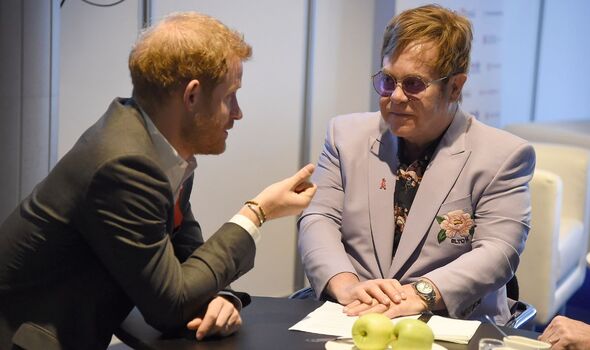 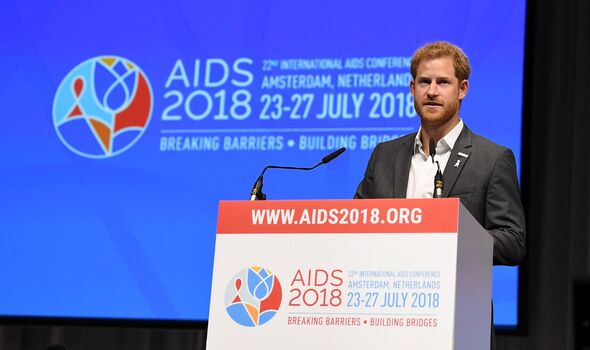 “But the most important relationship of all is our partnership with people at each stage of their HIV journey. We listen to them. We co-create programs with them. We help so they can help themselves.

“And we rely on them to share their experience with their peers: that it is possible to be healthy and achieve all of your dreams regardless of your HIV status.”

Prince Harry has long been an advocate of removing the stigma around the virus, with the Duke wanting to continue his mum’s “unfinished” work.

The Duke of Sussex publicly took an HIV test alongside singer Rihanna in 2016, with the broadcast contributing to a 500 percent increase in the number of people requesting a test on the Terrence Higgins Trust website. 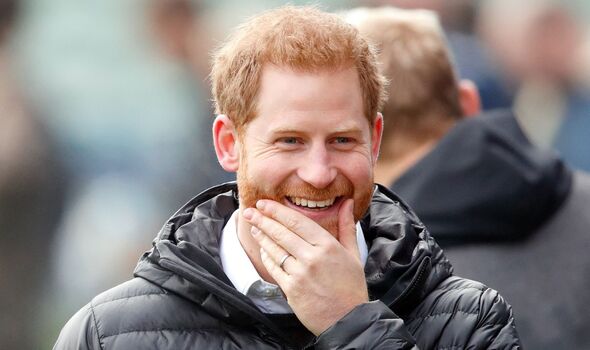 He told Thomas: “Once you get to meet people and you see the suffering around the world, I certainly can’t turn my back on that.”

He added that he felt he had an “obligation” to continue Princess Diana’s aim to remove the stigma surrounding the illness.

The late princess, who died in a car crash in 1997, changed the global view of HIV and Aids, raising awareness of the condition and supporting hospices.

And former Wales full-back Thomas, who revealed he was HIV positive in 2019, said: “It wouldn’t be scary if you understood what living with HIV in 2022 is.”