Harry landed back in the UK for the first time in more than a year on Sunday, so he could follow Government guidelines and quarantine before attending his grandfather Prince Philip’s funeral. It was confirmed this week that the Duke of Sussex has been quarantining at Frogmore Cottage, his home in Windsor which is on permanent loan to Princess Eugenie. Eugenie gave birth to her first child with her husband Jack back in February — meaning it’s unlikely two-month-old August Philip Hawke Brooksbank has met many members of the Royal Family.

But a source allegedly told Us Weekly that Harry has been introduced to his cousin’s first born since arriving back at Frogmore Cottage.

The American outlet claimed: “Prince Harry has met Princess Eugenie’s newborn son, August, upon his return to the UK for their grandfather Prince Philip’s funeral.”

This will have been a particularly heartwarming occasion, as both cousins were exceptionally close to the late Duke of Edinburgh — Eugenie even honoured her grandfather by giving her son the middle name of Philip.

Harry must test negative for COVID-19 after his five days of isolation before he is able to attend the funeral on Saturday.

Sources also told newspapers that Harry has reached out to his estranged brother Prince William and father Prince Charles, as well as Eugenie and her older sister Princess Beatrice to “park any disputes” in honour of the sombre occasion.

However, other accounts suggest that Eugenie’s relationship with her now-US based cousin has remained strong despite the Sussexes’ dramatic departure from royal life last year. 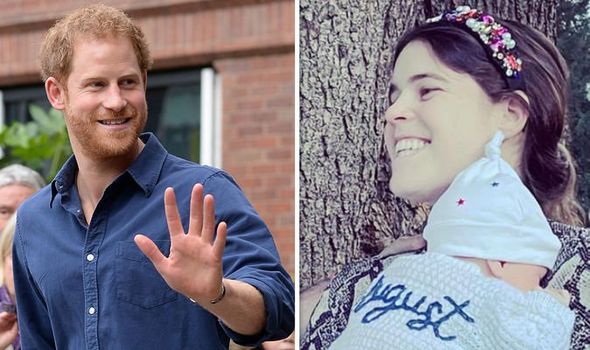 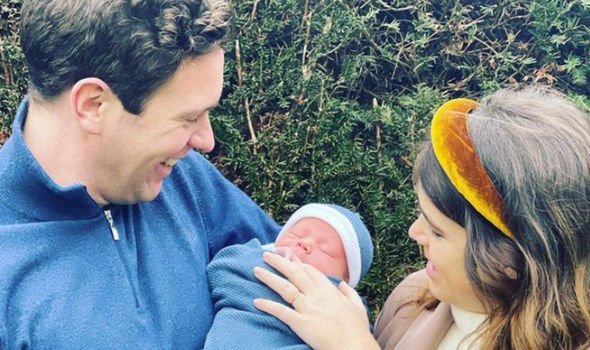 Finding Freedom authors, Omid Scobie and Carolyn Durand, claimed: “Eugenie had always been more than just a cousin to Harry.

“They were also the closest of friends.

“Out of all the Queen’s grandchildren, Harry and Eugenie have one of the most natural connections.

“Like Harry, Eugenie is loyal, honest and great fun.

“The two had many nights out together in London.”

They also alleged that Harry “always confided” in Eugenie when it came to his love life.

The Daily Express revealed in 2016 that Eugenie had described Meghan and Harry as the “perfect match” after spending some time with the couple in Canada when they had started dating. 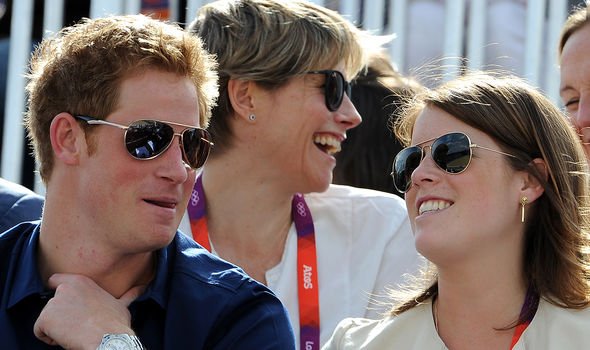 But, Meghan also revealed during her interview with Oprah Winfrey last month that she already knew Eugenie long before she met Harry.

The Duchess of Sussex claimed it was comforting that her friend was on hand when she first met the Queen.

She explained: “Eugenie and I had known each other before I knew Harry, so that was comfortable and it turned out the Queen was finishing a church service in Windsor and so she was going to be at the house.”

Eugenie is reportedly the only royal still in regular contact with Meghan, as the two women are said to have bonded over their pregnancies.

Meghan is expecting her second child, a girl, this summer – with some royal pundits even expecting the newborn to arrive in June.

Insiders have also suggested that the two women knew each other’s due dates. 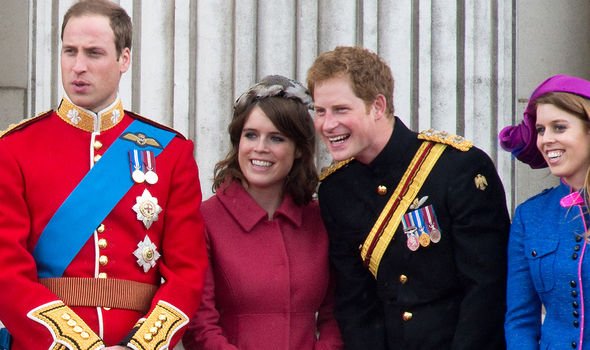 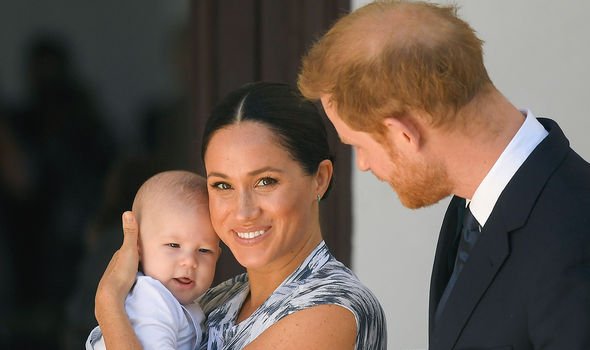 It is unsurprising, then, that Harry may have taken the chance to meet Archie’s second cousin, August.

Meghan has stayed in California, after her doctor advised her against making the transatlantic flight back to the UK for the funeral.

She reportedly made “every effort” to attend, while friends have claimed she “adored” Philip and that the two had a strong bond.

It’s thought the Royal Family will be putting on a united front for the funeral this weekend, despite the ongoing spat between the Sussexes and the rest of the Firm. 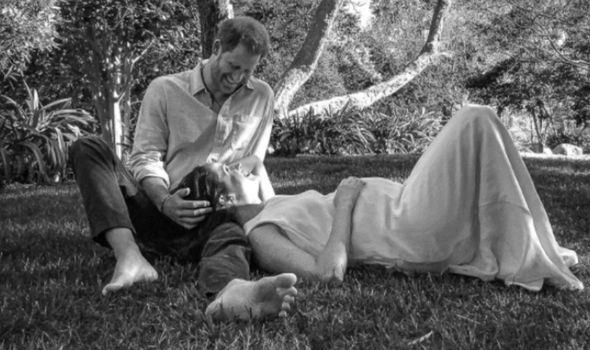 Many royal watchers also have their fingers crossed that this occasion will enable Harry and William, in particular, to heal their strained relationship.

Yet, it seems that the Duke of Sussex may have already ruffled some feathers.

Palace aides were left scratching their heads over what he should wear to the funeral as he is no longer a working member of the Firm.

However, the Queen has put her foot down and all the royal men will now be wearing mourning clothes.