Prince Harry has made plenty of new friends since moving stateside with his wife Meghan Markle earlier this year following their exit from frontline royal life. While the prince has been getting cosy with a variety of American superstars in recent months, he has actually been a longtime friend of the new First Lady, Jill Biden.

Jill, who will officially become First Lady of the United States when her husband Joe Biden is inaugurated in January, met the Duke of Sussex in 2013 during his royal tour of the states.

At the time, her husband Joe was the Vice President to Barack Obama – another good friend of the Duke.

During the trip Prince Harry attended a reception for British and US wounded warriors in Washington, which Joe and Jill also attended.

This is where Prince Harry got the inspiration for the Invictus Games from, which he launched a year later. 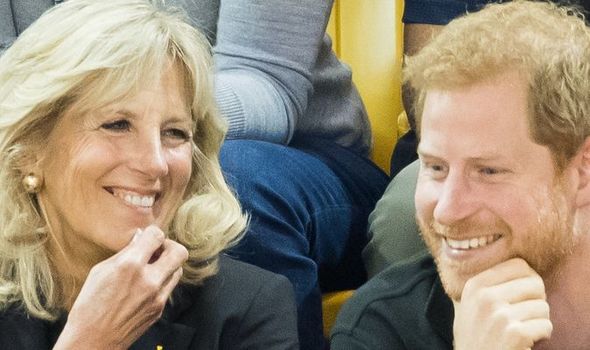 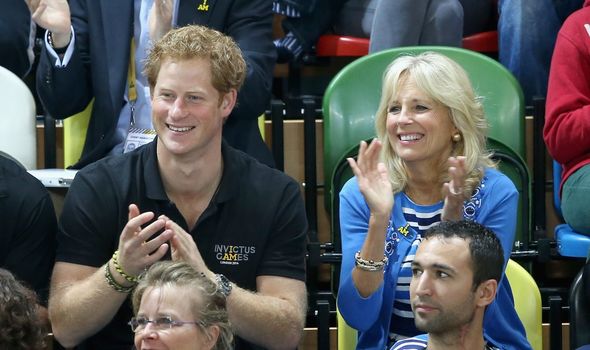 Jill came out to support Harry at the first-ever Invictus Games in 2014, prompting her husband Joe to make a joke about the pair.

At the time he joked: “Jill went to London for the last Games. She spent too much damn time with Prince Harry!”

Prince Harry stepped out with then-girlfriend Meghan Markle for the first time in the company of the Bidens at the 2017 Canadian games.

The couples were photographed sitting side-by-side and enjoying the game together. 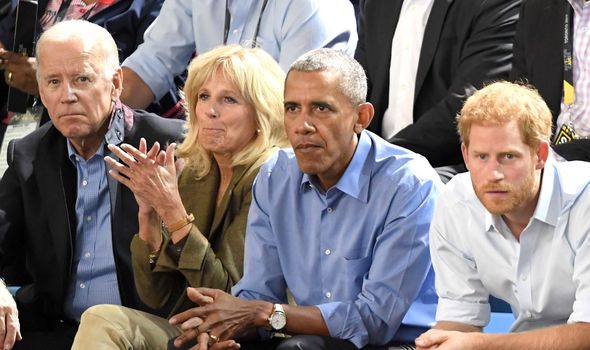 The Sussexes even committed a serious breach of royal protocol when they all but endorsed Joe Biden for the presidency in the recent US election, which was won by Joe Biden.

Earlier this year the couple spoke out after their inclusion in Time 100 magazine’s annual list of the top 100 most influential people.

“Every four years we are told the same thing, that this is the most important election of our lifetime. But this one is.”

She continued: “When we vote, our values are put into action and our voices are heard.

“Your voice is a reminder that you matter because you do and you deserve to be heard.”

Prince Harry said it was time to “reject hate speech, misinformation and online negativity”, a clear jibe at the Donald Trump.

The couple did not officially endorse Joe Biden, however Meghan has long been an outspoken critic of outgoing President Trump and has voiced her support for Kamala Harris being picked as the running mate earlier in the year. 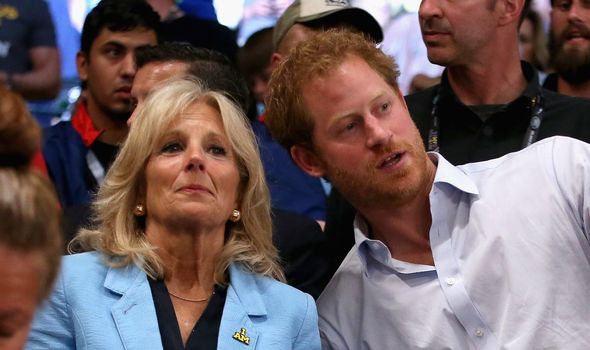 Their comments, in particular from the Duke of Sussex, ruffled some feathers and even sparked a response from President Trump himself, who expressed his dislike for the Duchess and wished Prince Harry well.

Buckingham Palace has sought to distance itself from their comments, with a spokesperson highlighting that Harry’s remarks were made in a “personal capacity.”

Members of the Royal Family, at least according to traditional protocol, do not vote and are not permitted to become involved in political matters.

The couple has not publicly congratulated Mr Biden on his election win, but it is thought that Ms Markle exercised her right as an American citizen and voted for the President-elect.