The Duke and Duchess of Sussex returned to the UK to attend a string of charity events this week. They kicked off their trip with their first public appearance in Manchester as Meghan delivered a keynote speech. The Duchess has had links to the charity since 2014.

And a body language expert has compared the royal couple who appeared together at the event.

Speaking to The Sun, Judi James said Meghan handled the event “like a rock star” while Harry appeared “awkward and bashful”.

She said: “Meghan arrived down the steps between the audience like a rock star, hand in hand with a more bashful looking Harry and giving sweet baby-waves to the fans on either side.”

Meanwhile, Ms James claimed Harry was “riddled with signals of anxiety and awkwardness”. 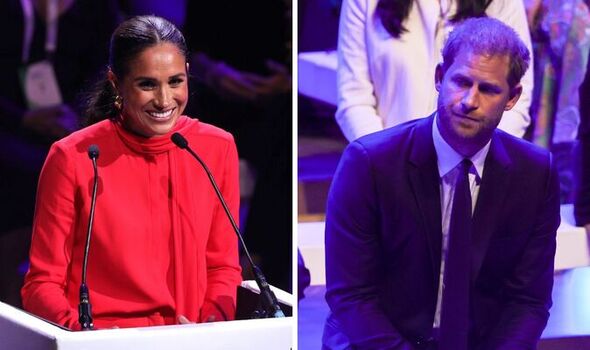 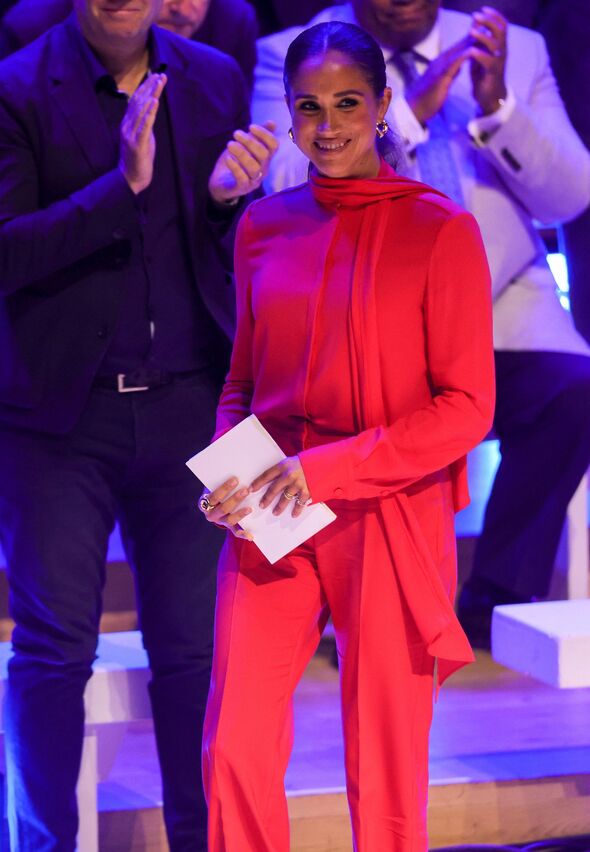 She continued: “He literally folded his jacket across his torso at one point, checked his tie several times and hiked his pants or fiddled with his shirt or cuffs.

“Meghan name-checked him lovingly during her speech and he responded awkwardly, looking down and then upward with what looked like a sigh.”

Ms James said the speech, that was delivered yesterday, was somewhat of a love-letter to her husband and the UK as she claimed it was “nice to be back”.

The body language expert added: “She chatted and whispered to Harry during the service and placed a loving and protective-looking hand on his back as he greeted the hosts on arrival. 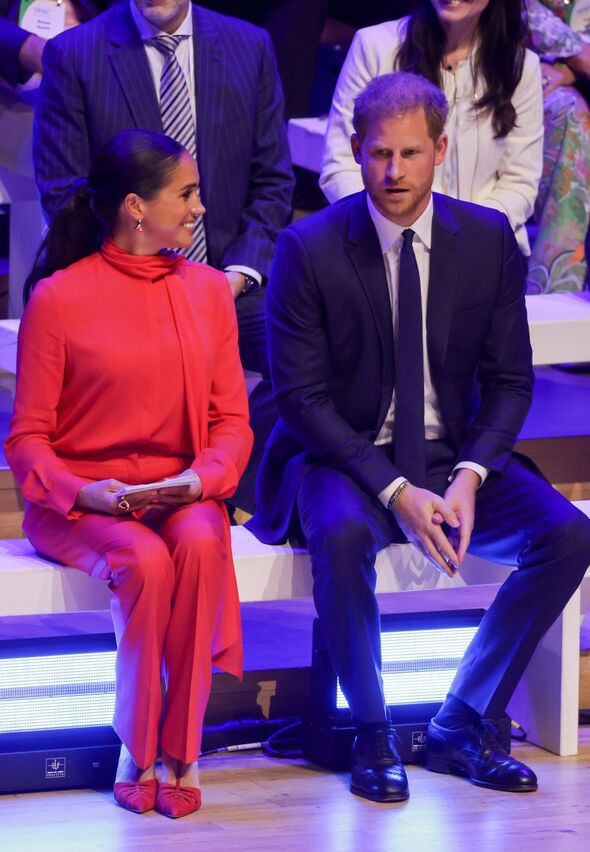 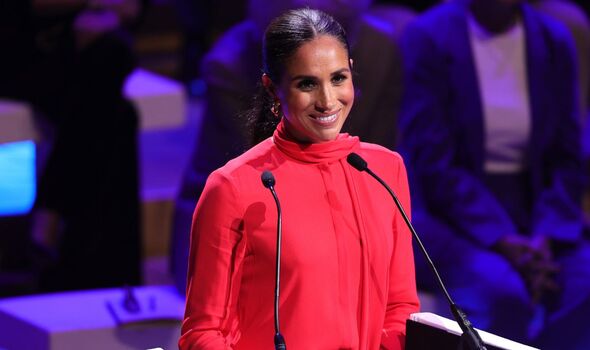 “In her speech, when she got to 2019 and her married status she performed a small elbow pump to her torso before falling into some coy, loving smiles and giggles as well as some long blinks of gratitude and love.

“Calling herself a ‘Mom’ got some wild applause from the audience and when she returned to her seat she placed an arm around Harry’s waist as he returned the compliment in a gesture of congratulation.”

Her confidence could be seen through her expensive outfit as she wore a £1,100 Valentino blouse and matching £1,200 wide-leg trousers.

DON’T MISS:
‘It was just me, me, me’ Meghan refers to herself more than 50 times [COMMENT]
Prince Harry and Meghan Markle to fund their own security [INSIGHT]
Meghan Markle’s new earrings and ring cost a whopping £6,130 [PICTURES] 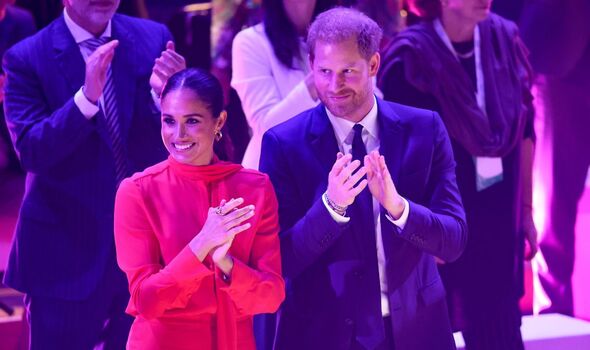 This is not the first time the Duke has leaned on his wife during public appearances, as at his speech at the United Nations in July, Ms James said the Prince appeared “anxious and tense”.