Prince Harry has described how incredibly proud he is of the UK for stepping up to support the NHS and each other during the coronavirus pandemic. Speaking from his new home in Los Angeles, Harry also singled out the “utterly amazing” Captain Tom, who at 99 years old has raised more than £25m for the NHS. Harry moved from Canada to LA in California, where he is now living with his wife Meghan Markle and their son Archie.

The Duke of Sussex gushed with praise for the war veteran who has won global acclaim for walking laps around his garden in the fundraising effort.

Harry, who officially stepped down as a senior working member of the royal family last month, spoke to a podcast for military veterans.

In the interview with Declassified, the 35-year-old urged as many former military personnel as possible to volunteer to support frontline workers.

While he is now living in the US, Harry remarked that the volunteering effort to support the NHS was “a very British thing”. 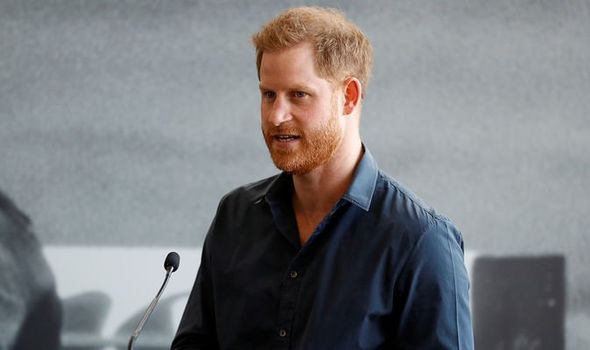 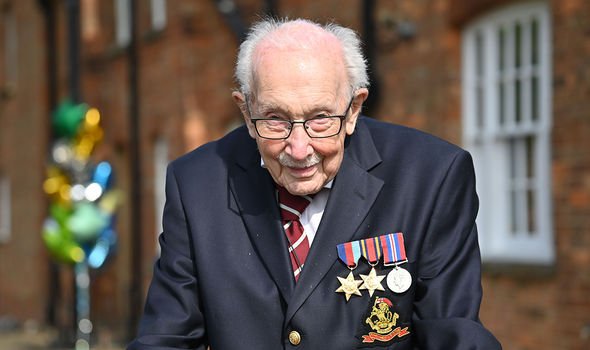 The Prince said: “I want to say a huge thank you, as we all do, to all the NHS workers and everybody that’s volunteering.

“Because up and down the UK, whether it’s from Dorset up to Staffordshire, there are literally hundreds of thousands of people volunteering.”

“It’s such a wonderfully British thing that we all come to help when we need it.” 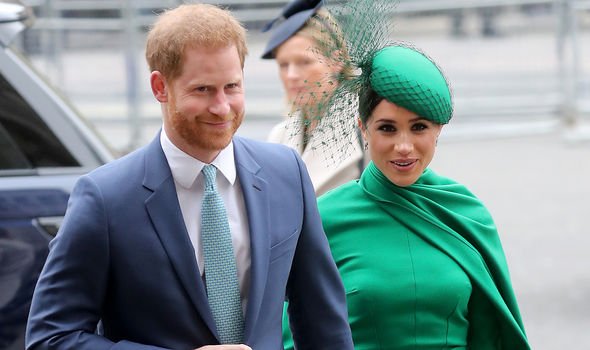 “It’s not just what he’s done but it’s the reaction that people have had as well – just wonderfully British.

He said that the British response to the coronavirus pandemic showed the “very best of the human spirit”. 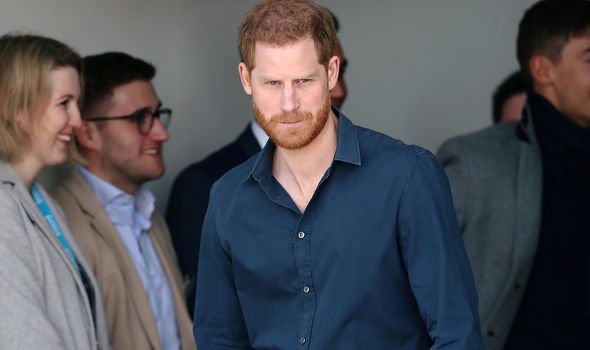 Harry went on to say he hopes the volunteering spirit continue once the crisis is over.

He said: “It just makes me incredibly proud to see the Brits stepping up like this, but I really, really hope that this keeps going after coronavirus and after this whole pandemic has come to a close.”

He also highlighted the efforts of young people, describing the youth response to the pandemic as “exceptional, specifically in the UK”.

Following the outbreak of the virus, more than 750,000 volunteers stepped forward to help the NHS.

The podacst episode Prince Harry appeared on highlighted the work of Team Rubicon which organizes volunteering for former members of the military.

Harry has previously worked with Team Rubicon in Nepal when veterans joined the humanitarian operation after the 2015 earthquake.

The Duke added: “I’ve said in the past, before I became a parent myself, but for those with the mums and dads out there who sometimes struggle to see who the role models are that are appropriate for their kids I always say that the military community are, to me some of the best role models.”