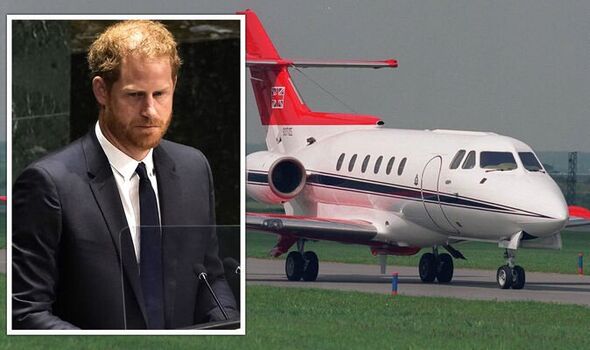 In a speech in New York, the California-based Duke of Sussex warned that extreme weather events were becoming more frequent and said the climate crisis would grow unless world leaders took the decisions needed to save humanity.

His speech came as his father Prince Charles appeared to interfere in the Tory leadership campaign by insisting in a speech in Cornwall that it was vital for his Duchy of Cornwall estate and everyone else to achieve Net Zero on carbon emissions to reduce the worst effects of climate change.

“If I may so say, those commitments around Net Zero have never been more vitally important as we all swelter under today’s alarming, record temperatures across Britain and Europe,” Charles said, in a speech marking 70 years as Duke of Cornwall, despite the fact that some Tory leadership candidates have questioned the UK’s commitment to Net Zero targets.

“As I have tried to indicate for quite some time, the climate crisis really is a genuine emergency and tackling it is utterly essential – for Cornwall, the country and the rest of the world. 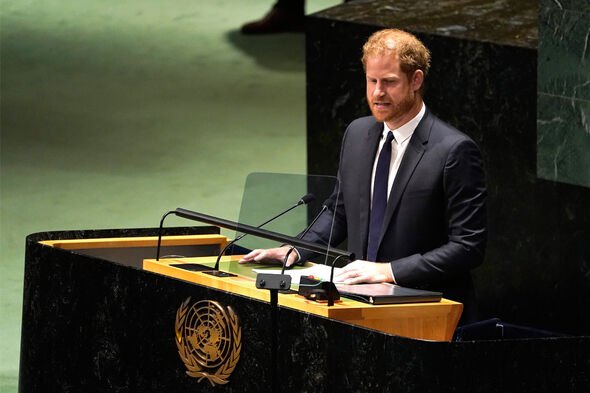 Harry, 37, who travelled with his wife Meghan and two children, Archie and Lilibet, to the Queen’s Platinum Jubilee on a £160,000 return journey on a private jet estimated to have racked up 30 times the carbon footprint of a commercial flight, spoke to an informal gathering of the United Nations Assembly in New York to mark Nelson Mandela International Day.

The exiled sixth in line to the throne, who took six in 10 of his first known flights with Meghan by private jet after their marriage, said the world was on fire and accused unidentified elites of mounting a global assault on democracy and freedom.

He criticised the rolling back of constitutional rights in the United States – thought to be a reference to the Supreme Court judgement on abortion – and warned the effects of the Covid-19 pandemic, the war in Ukraine, and inflation had led to an even worse food a fuel crisis in Africa than in the developed world. 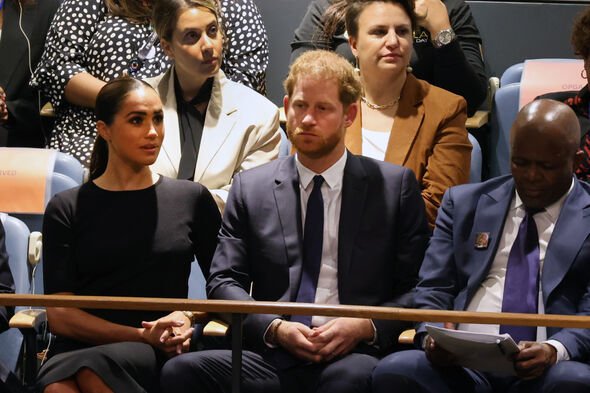 He said: “This has been a painful year in a painful decade. We’re living through a pandemic that continues to ravage communities in every corner of the globe; climate change wreaking havoc on our planet, with the most vulnerable suffering most of all; the few, weaponising lies and disinformation at the expense of the many; and from the horrific war in Ukraine to the rolling back of constitutional rights here in the United States.

Harry hit out at Western elites. “As so often happens in history, the consequences of decisions made by some of the most powerful people in some of the wealthiest countries are being felt even more deeply across the continent of Africa,” he said.

“The pandemic, the war, and inflation have left Africa mired in a fuel and food crisis the likes of which we have not seen in decades. Worse still, this comes at a time when the Horn of Africa is enduring the longest drought it’s faced in close to half a century. And what is happening in Africa is not an isolated event. The drought there is a reflection of extreme weather we are seeing across the globe.

“As we sit here today, our world is on fire, again.  And these historic weather events are no longer historic. More and more they are part of our daily lives. And this crisis will only grow worse unless our leaders lead, unless the countries represented by the seats in this hallowed hall make the decisions – the daring, transformative decisions – that our world needs to save humanity.”

Critics accused Harry of hypocrisy because of his frequent use of private jets, despite his claim he took commercial flights “99 per cent of the time”.

Royal commentator Rafe Heydel-Mankoo told GB News: “If it wasn’t so hot today, I’d think it was April Fool’s Day because quite frankly, asking Prince Harry to talk about climate change is akin to, you know, the Vatican asking Boris Johnson to talk about celibacy.”

“Delivering a keynote speech on climate change, you would assume that rather than being hypocritical in virtue signalling that you would try to address some of those issues around in your own life.”

Harry, who has faced accusations of using his grandmother the Queen to maintain his personal brand value, avoided doing so yesterday but did mention his late mother, Princess Diana in his homage to Mandela, who died in 2013

“On my wall, and in my heart every day, is an image of my mother and Mandela meeting in Cape Town in 1997,” he said.

“The photo was presented to me by the late Archbishop Desmond Tutu, whose friendship and inspiration were their own treasured gift. My wife and I had the honour of introducing our four-month-old son to him back in 2019.

“A man who had endured the very worst of humanity – vicious racism and state-sponsored brutality. A man who had lost 27 years with his children and family that he would never get back.”

Harry said he has “always found hope” in Africa, a continent where he “found peace and healing”.

He added: “It’s where I’ve felt closest to my mother and sought solace after she died, and where I knew I had found a soulmate in my wife.”