Prince Harry has said they will return to social media “when it feels right”, despite reports the Duke and Duchess of Sussex have quit social media for good. The Queen’s grandson told US magazine Fast Company the couple are set to “revisit social media”, but did not give a set timeframe for their return.

He said: “We will revisit social media when it feels right for us—perhaps when we see more meaningful commitments to change or reform—but right now we’ve thrown much of our energy into learning about this space and how we can help.”

Harry also rubbished recent reports that he and Meghan had decided to quit social media for good.

The Duke said: “We woke up one morning a couple of weeks ago to hear that a Rupert Murdoch newspaper said we were evidently quitting social media.

“That was ‘news’ to us, bearing in mind we have no social media to quit, nor have we for the past 10 months.” 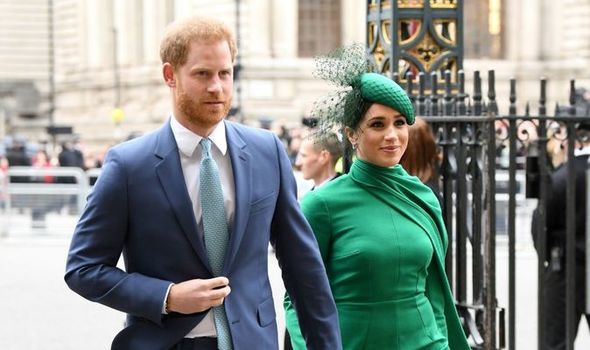 The Duke has been highly vocal of social media recently and has started to warn people about the perils online.

Speaking to the magazine, he opened up on the online harrassment he and his wife have experienced.

“That false narrative became the mothership for all of the harassment you’re referring to.

“It wouldn’t have even begun had our story just been told truthfully.”